In order to train objects to the camera device, the Train Object menu is used in the camera device skill. This menu normally requires human intervention to enter the object name and use the mouse. This skill allows your robot to learn objects in real-time triggered by ControlCommand() scripts programmatically. Take a look at the Cheat Sheet within the Script skill settings to see what ControlCommand() this skill accepts.

1. Beginning Learning Button
This button will attach/detach the camera configured in the camera device skill to the program with pictures skill window.

2. Attach/Detach Camera Button
This button will attach/detach the camera configured in the camera device skill to the Train Vision Object by Script skill window.

3. Train Status Bar
This will show the object training process time remaining. During this time move the object around to train it at different angles.

4. Status Field
This field will display the status and name of the learned object and any errors that occur.

How To Use the Train Vision Object by Script Skill

4) Press the ATTACH button. This will attach this skill to the camera device skill. You will now see a mirror of the camera's video stream in this skill.

5) Center the onscreen pink box on the object that will be trained. Have the object fill up the pink box completely. Press the BEGIN LEARNING button, then physically move the object around during the training process to get multiple angles.

6) Wait until the Train Status bar has completed and make note of the object name in the Status Field so that you can use it in your scripts.

Here's an script sample that learns an object titled DJ FACE via ez-script:

By Synthiam
FREE
There are many parts to this manual which may be accessed...

By Synthiam
FREE
Attaches to the camera control to enable servo panning by...

Would anyone have suggestions on how best way to go about interacting with the JD robot via flashcards and/or objects? The aim would be for the user...
live hack 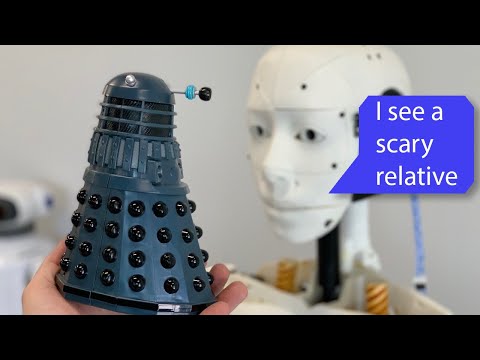 I'll be using the camera and speech recognition to instruct the robot to learn a new object. I'll demonstrate how new...
tutorial 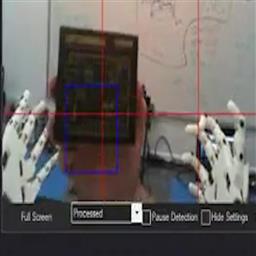 Learn how to program a robot to learn and memorize an object.
Login to post a comment