Capture the output display of a robot skill and send it to a camera device.

How to add the Robot Skill To Camera robot skill

Follow the Getting Started Guide to build a robot and use the Robot Skill To Camera robot skill.

How to use the Robot Skill To Camera robot skill

The Ultrasonic Radar Scan area is captured in this screenshot below and sent to the Camera Device as a video stream. 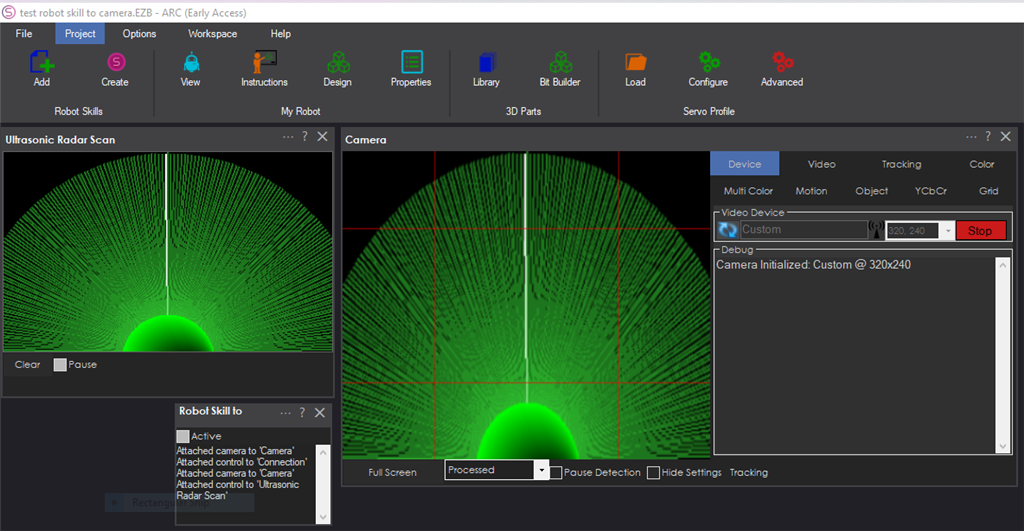 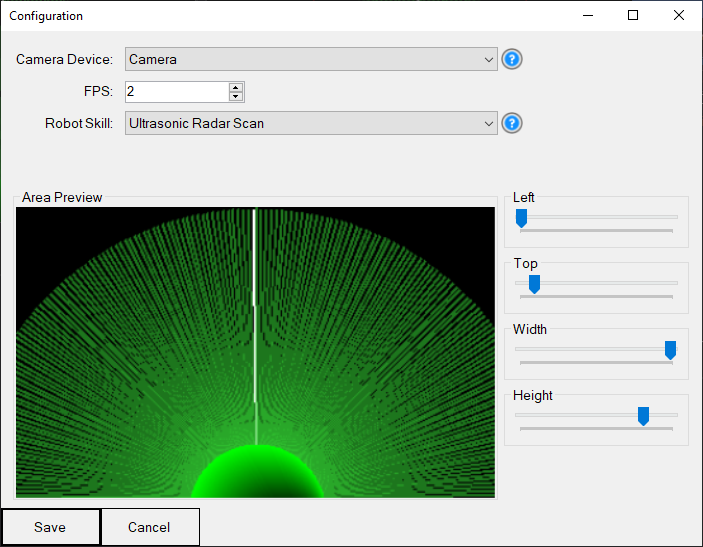 Camera Device
- The camera device that the video capture will be streamed to.

FPS
- The frames per second rate that the video will be captured. A lower frame rate will reduce CPU usage.

Robot Skill
- The robot skill in capturing the stream from

Area Preview
- This is the preview of the video stream that will be sent to the camera device. Use the Left/Top/Width/Height sliders on the right to fine-tune the capture area.

1. Image flickers, this is not the case in the other skill (Screen To Camera). 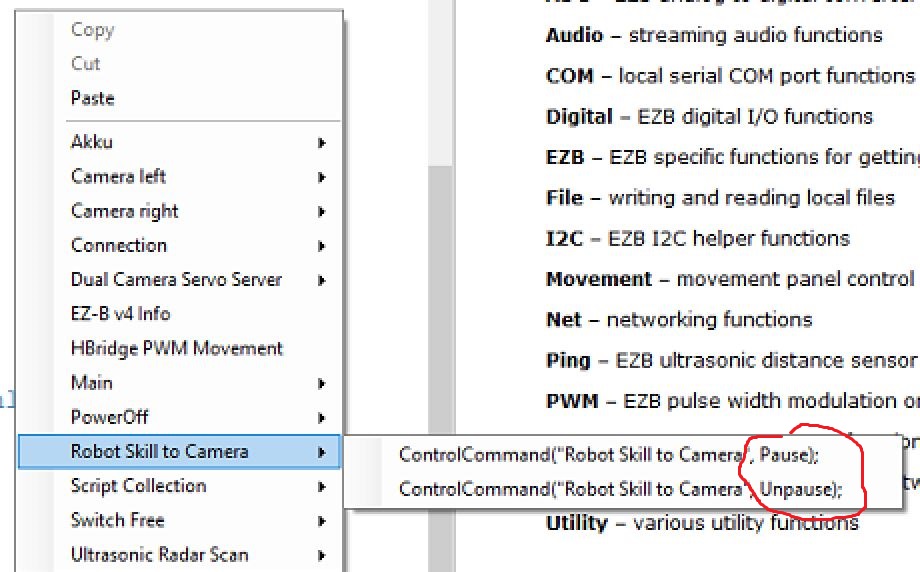 This is the case for both skills

#6   Jul 5
Interesting... I cannot seem to reproduce it. It might be catching the redraw of the radar image but I can't be certain. I'll have to think about this one...

#7   Jul 5
Oh, another thing. If your radar is set for a 250ms (default value) for scan speed, you can use an FPS of 4. That would save some CPU because the radar only updates ~4 times a second.

Have to install a screencapter program for videos :-) (Edit, hmm, Screen Recorder, ahhh .....)

#9   Jul 5
That is updating the video image very fast for only two fps. That is very strange!

#10   Jul 5
I can reproduce with a faster radar scan speed. I set the radar scan speed to 100, redrawing the radar image ten times/second, and caused the issue. We see the image being drawn as the screen is captured. You don't see it with the other screen capture robot skill because it captures what is on screen.

This robot skill re-renders the control for every frame, catching the radar image only partially drawn.

There is a workaround...
- lower the radar scan speed (i.e., to 250ms)
- increase the increment speed to 10 or something, which will give you a similar sweep speed
- lower the fps to 2 or 4 to match the 250ms scan speed

#11   Jul 5 — Edited Jul 5
This is what the workaround looks like using the suggestions above...

#13   Jul 5 — Edited Jul 5
If you're attempting my suggested workaround, your scan interval is 100ms. The workaround would require the scan interval to be a higher number, so the robot skill has time for the radar image to be drawn. I'm recommending the default of 250ms 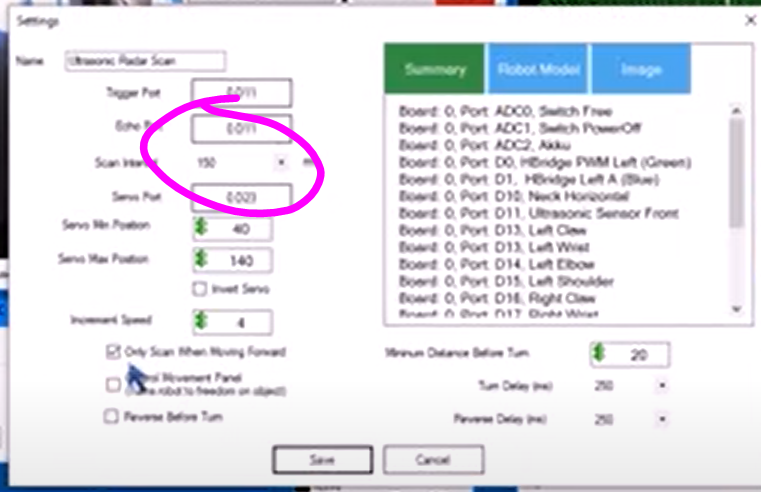 UweP
PRO
Germany
#15   Jul 5
tested it with the settings, it's better but there are still errors. in this case with the radar skill, that's the way it is.
I use the other skill for that, everything fits. it's totally ok for me..