A plugin to give a step-by-step guide on how to use your robot or script (Pictures can be included).

How to add the Tutorial robot skill

Follow the Getting Started Guide to build a robot and use the Tutorial robot skill.

How to use the Tutorial robot skill

A plugin to allow people to give instructions to users in the ARC software. 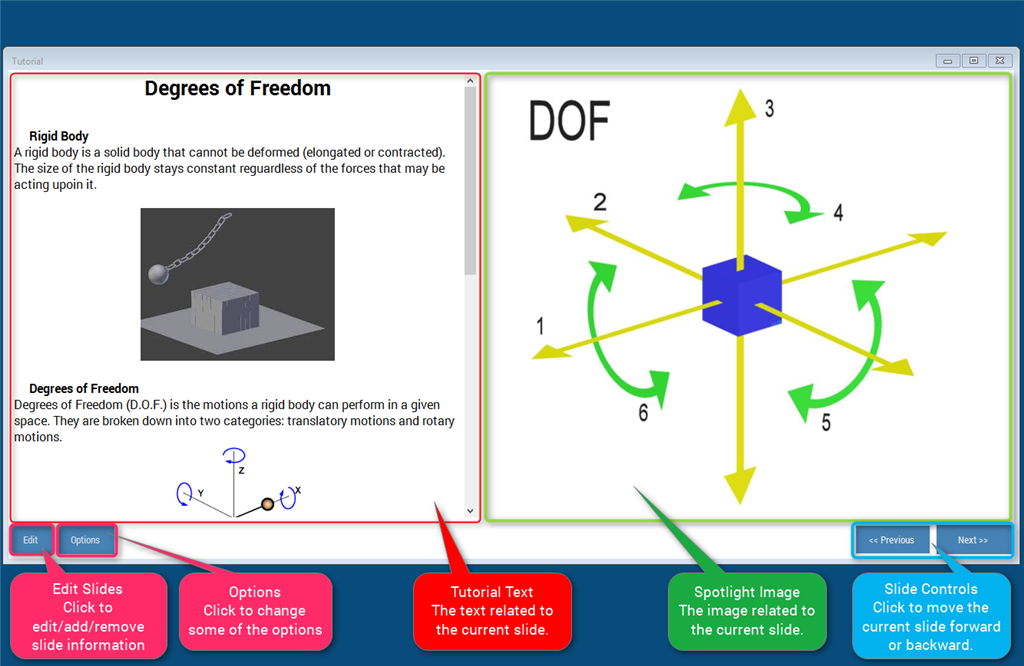 To accommodate these new features I had to change the format slides were saved in, though I added redundancies to load older versions there could be some errors. 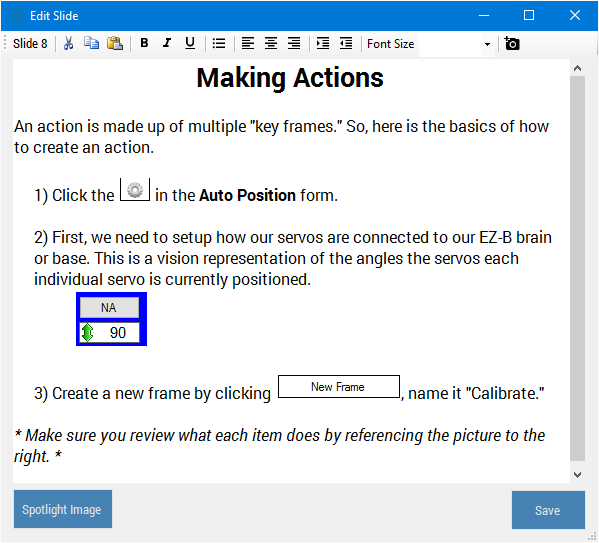 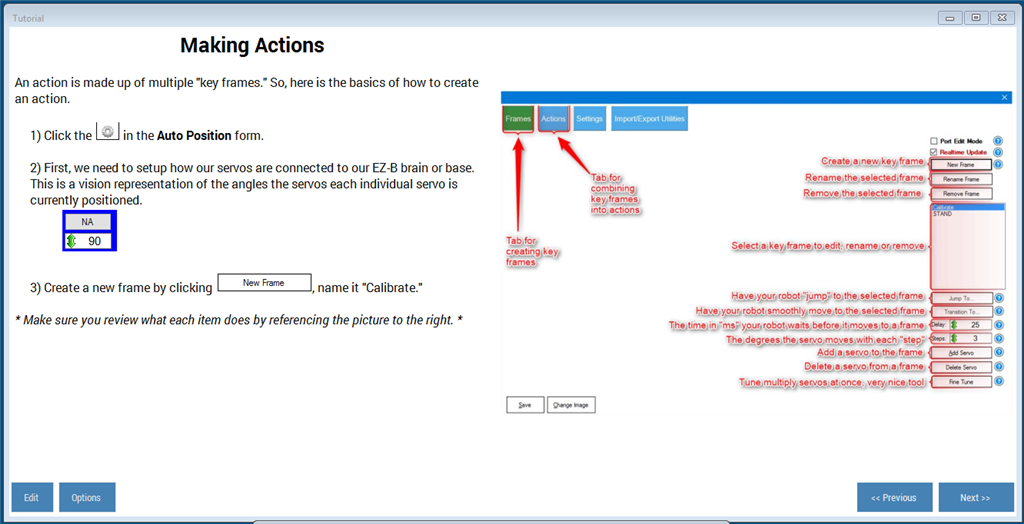 Bugs Fixed
V7
- Fixed the CommandControl for editing slides
- Minor performance improvements
V8 (Same day update)
- Fixed a bug created with the backwards compatibility creating new slides if there was not 50 chars of text in a single slide.

Feb 29
- Updating slide text now reflects on the "Edit Slides" without having to open and close the form.
- Added redundancies in case a slide is not found (it will load the first slide)
- Made it so you can no longer remove the first slide

Current Features:
-Custom Slides Text and Pictures saved to .ezb projects (instructions are saved for each project)
- Automatic resizing of images to reduce project file size. This can be customized via the options.
- CommandControls for updating and navigating slides.

Known Issues/Future Improvements:
- Currently, you can only remove the latest slide.

This plugin was originally created for the classroom by giving instructions to students on the projects they download.

I am very new to C#, but I have include the source code:
Github Tutorial 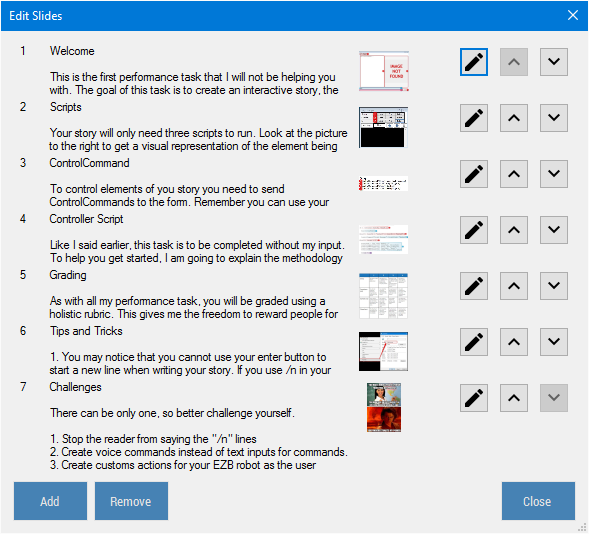 By Synthiam
For debugging your EZ-B. This will demonstrate the speed of...

By Synthiam
This control displays the COM/Serial ports used on your...

By Synthiam
The Comm Expansion Configuration is an add-on to the EZ-B...

Good day fellas, Our lab just purchased a JD humanoid. However, when we try to switch on, this is nothing happened. There is no light and no sound. We...