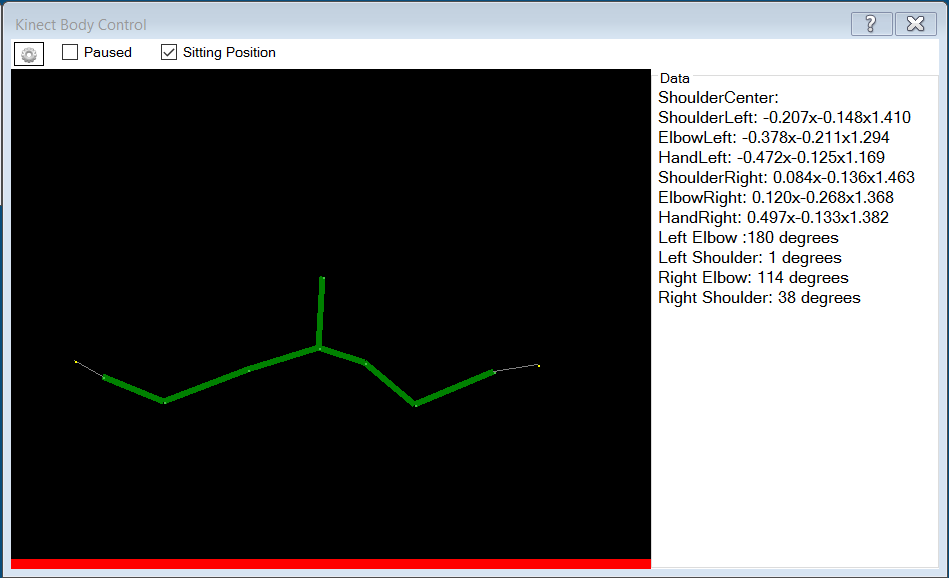 Settings
The configuration window provides you with 3 tabs. The general tab contains settings for filtering and such. The other 2 tabs are to specify servos per joint.

The Upper and Lower servo tabs will specify what servos will be assigned to different joints of your body. 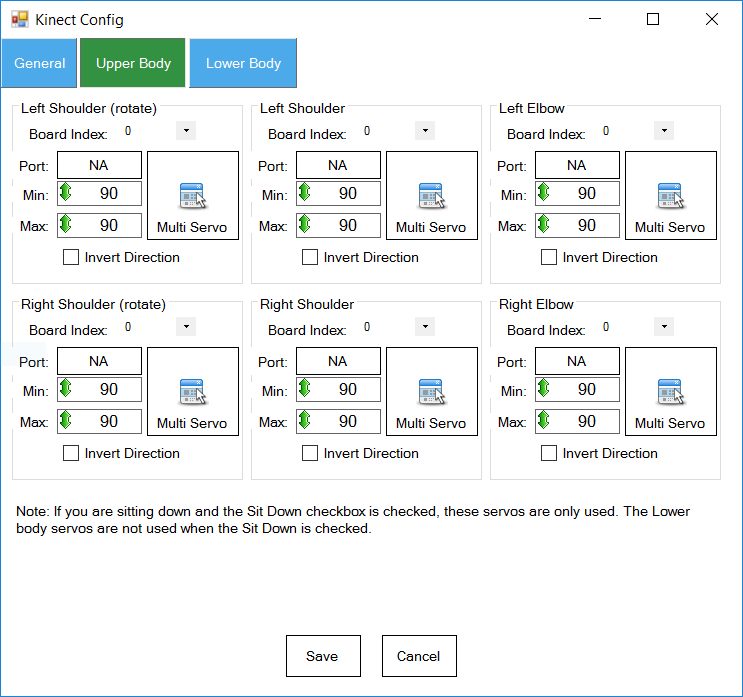 Kinect Compatibility
I'm unsure of what kinect's work with the SDK in Windows, due to limited information published by Microsoft (or at least hard to find information). There are multiple Kinect versions, the one I used is xBox 360 Kinect.

Drivers
Compiled against Kinect 1.8 SDK, because I only have an XBOX 360 Kinect. I'm unsure of the compatibility with later versions. The SDK can be installed from here, as you will need the libraries it includes: https://www.microsoft.com/en-ca/download/details.aspx?id=40278 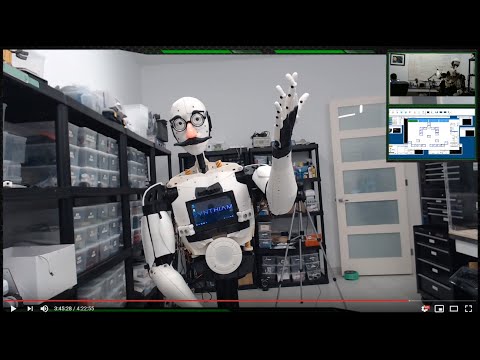 In this 5th live robot hacking event, I will demonstrate how to program an Arduino and connect it to EZ-Builder via USB...
question

Hi, I'm diving into InMoov and have thus far just been printing parts with abandon while I finish researching everything else.  I have totally decided...
question

Hi guys, I'm looking for a plugin that allows you to use Azure Kinect instead of Kinekt v2 for my project. Looks like the old plugin isn't working....
Show all 32 comments
Load More ...

I am fully updated, windows 10 also

what can I do? 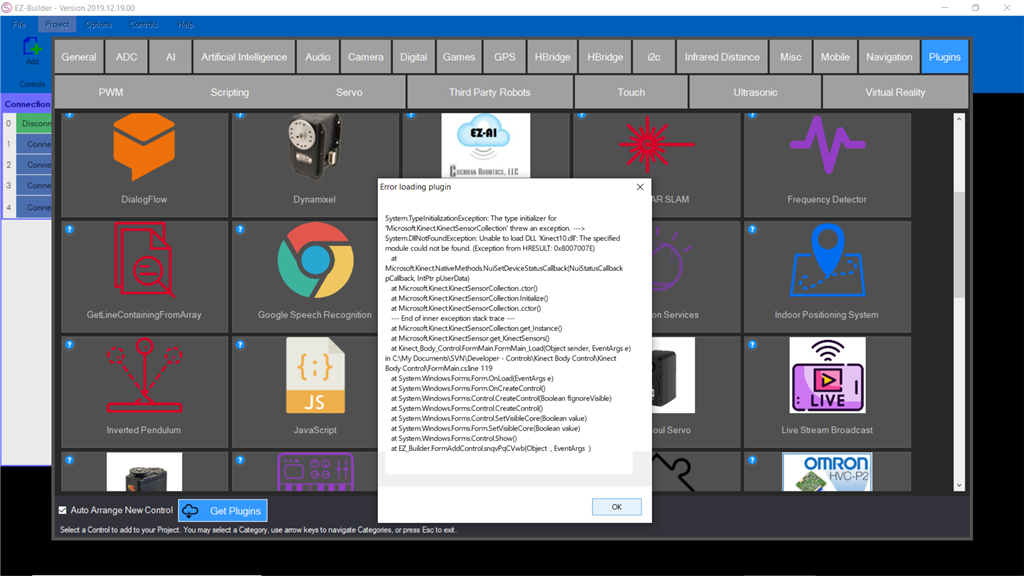 #28   Dec 2019 — Edited Dec 2019
You can follow the instructions above to install the appropriate drivers. And ensure your connect is a compatible version

I am following the instructions. I did install the libraries - https://www.microsoft.com/en-ca/download/details.aspx?id=40278

All I need is the Microsoft xBox 360 Kinect only