Let's identify how your robot will be powered!

Most mobile robots are powered by a battery rather than tethered by a power cable connected to an outlet. Understanding power requirements for a robot can be understood by the current and voltage required. Begin the robot design by documenting voltage and amperage requirements for motors, sensors, computers, and peripherals when choosing an appropriate battery. Whichever power option is used for the robot, ensure it provides enough amperage for the robot application.

Amperage is how current is measured. Peripherals such as servo-motors require high current (amperage), not voltage. Depending on size, a single servo-motor generally consumes between 1-3 amps (1,000 milli-amps) when moving quickly. When a robot has more than one servo moving simultaneously, the amperage requirement could be 5-10 amps. When planning the robot, you will need to consider this because a current shortage causes nearly every issue with EZBs restarting when servos move.

Considering the required voltage is generally an easy answer. Because most electronic devices operate at either 3.3v or 5v, the most common external power supply is 5v, and the most common battery is 7.4v. When getting a battery or power supply for the robot, get either in the range of 5v - 7.4v, which will encompass nearly all robot hardware. However, it is still a good idea to check the sensors and motors for your robot to identify what voltage they recommend.

Note: When powering servos or motors, take note of the amperage of your power supply because it is far more critical than the voltage. However, both need to be within an acceptable range; the most significant cause of robot failure is a lack of amperage in the power supply.

The current provided by a battery is a little different from a power supply. A power supply limits the current it can produce (i.e., 3amps). However, a battery has an additional rating called a C rating. That rating is the capacity of energy the battery can safely discharge, represented as a multiple of its overall capacity. A battery with a higher C rating delivers more power, which means higher performance.

A higher C rating of 2 means that a 7.4v 5200 mAh lipo battery can deliver ten continuous amps for 30 minutes. However, it is unlikely that any servo can withstand the heat that requires ten continuous amps. When servos are not moving, the current is minimal, giving them time to cool down after strenuous movements.

Not all servo-motors are alike. Servo motors come in many sizes and price ranges, which reflect their power consumption. The most inefficient servo-motor is low-cost analog-style hobby servo-motors, such as the popular model numbers starting with MG-xxx. The inefficiency of analog servo motors does not contain digital logic that controls the motor's positioning with intelligent algorithms. For example, Dynamixel or EZ-Robot servos are digital and have the intelligence to use high-frequency algorithms that control the servo motor. 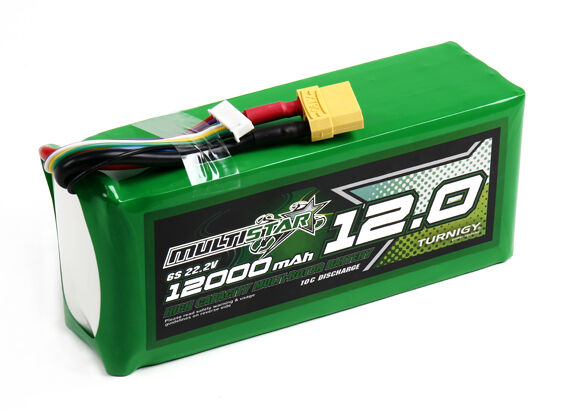 This type allows the robot to be completely mobile and portable. Popular battery options are Lead-acid, LiPo, NiCAD, NiMH, and LiFePO4. The battery is charged using an external charger. More advanced configurations can have a docking system for the robot to dock with the charger automatically. Make a note of the power requirements and what size battery. For example, you may require only a general-use 7.4v 2,000 mah LiPo battery or a heavy-duty 12v 10,000 mah battery, depending on the number of servos and motors used in the robot. 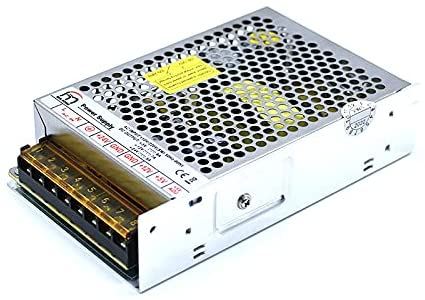 This type requires the robot to be tethered to a power outlet. Power adapters called "wall-warts" do not provide enough amperage for servo motors. If an AC-DC adapter is preferred, use a digital switching power supply with enough amperage to meet the robot's requirements. Here are some external power adapters that provide enough power for servo motors. 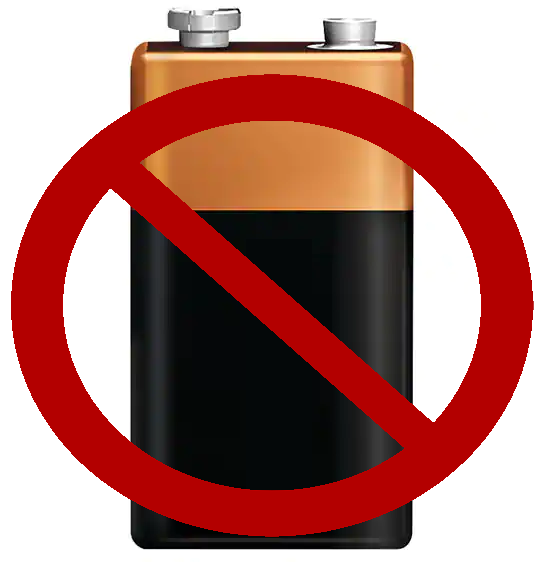 9 Volt batteries, also called transistor batteries are not designed for motors or high current devices. As you guessed, they're only intended for transistors. This may be a good option if your robot project does not have motors or servos because it can power the EZB, camera, and sensors. However, if a servo, motor, or anything mechanical is involved, these batteries will not work. 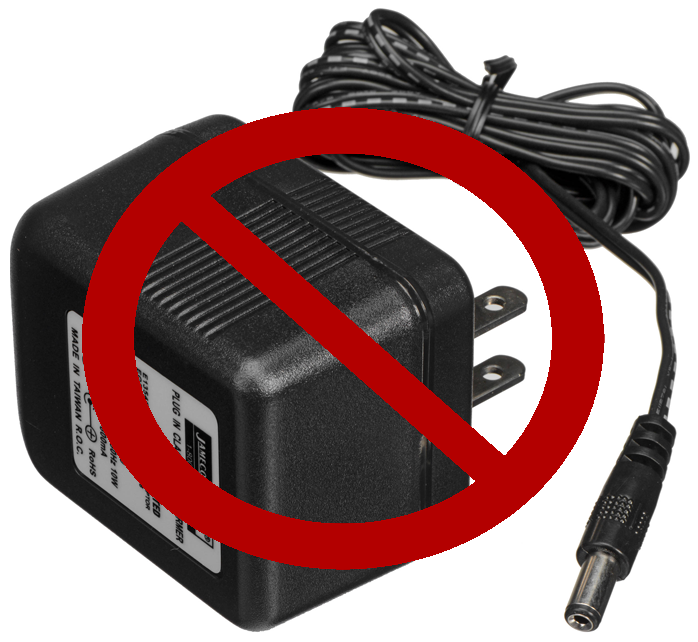 Many are inclined to use one of these, as many lie around the home from old electronics. These generate power using a transformer, which is generally low current/amperage and, similar to the 9-volt battery, is designed for electronics, not motors. Even if you find a transformer that may advertise 1 or 2 amps, it will not be able to maintain the short spike or continuous draw required by servos and motors. We highly discourage people from using one of these power adapters as they fail to provide enough current and cause grief.

Because the discussion around power is such an extensive conversation, Synthiam's members made a great tutorial explaining more. We recommend reading this tutorial because it describes how voltage and amperage work. There's plenty of information on what kind of battery or power supply to use for the robot.