The first and most important action of any robot is moving a limb with a servo. Even if your robot is not complete, it's a good idea to practice moving a servo with ARC to become familiar with how easy it is. Because it is easy to move servos with ARC, you can now focus on the creative aspect of the robot. This tutorial will add a servo robot skill, configure the servo robot skill, and move a servo.

The following robot skills are used in this tutorial. Click any of these to further read the manuals for the robot skills.

Press the Project button from the top menu, and select Add Robot Skill. 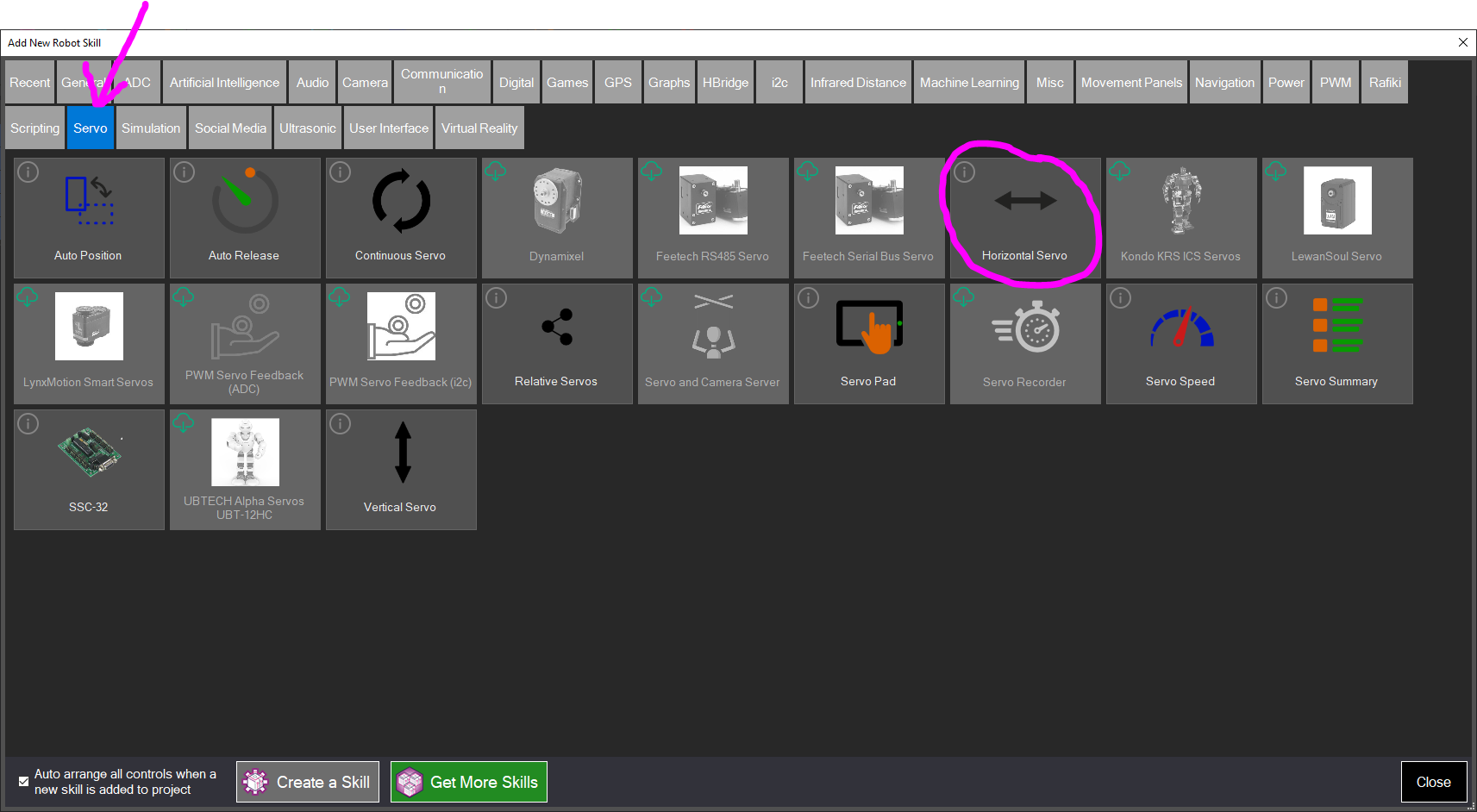 The Robot Skills window will display. Navigate to the Servo tab and select Horizontal Servo. 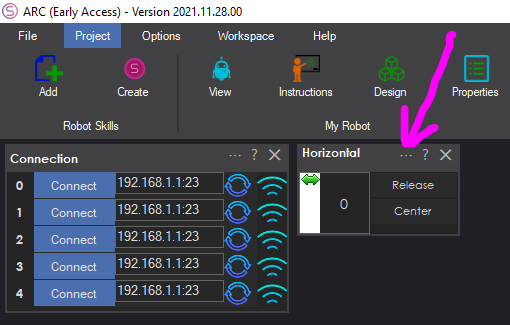 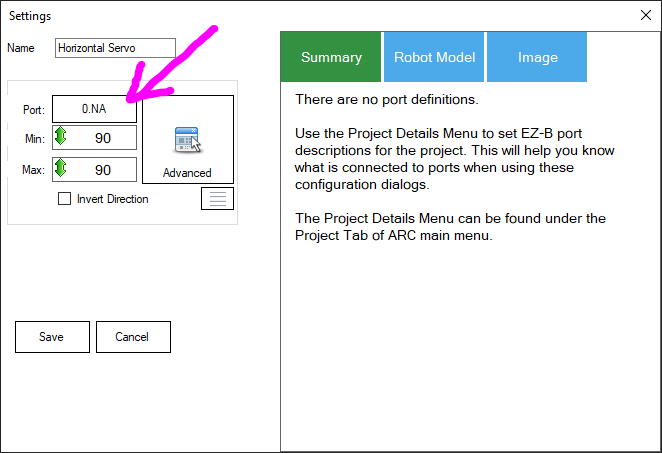 Select the Servo Port that your servo is connected to on the EZB. 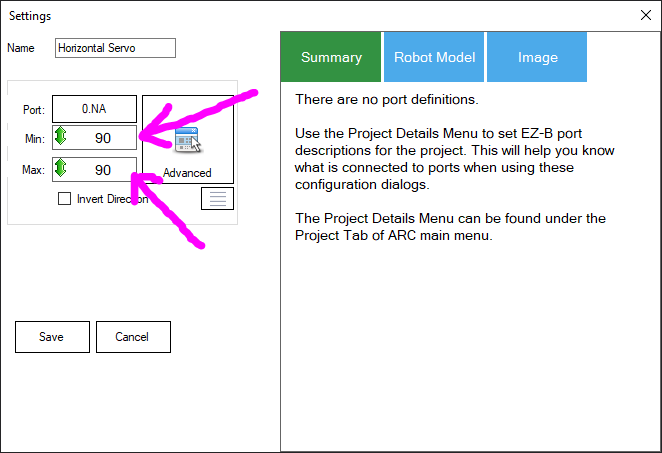 Either drag the Min and Max values to specify the range, or right-click and enter the range with the keyboard. By default, the global range in ARC is between 1-180. You can alter this global value for high precision servos in the ARC settings menu. 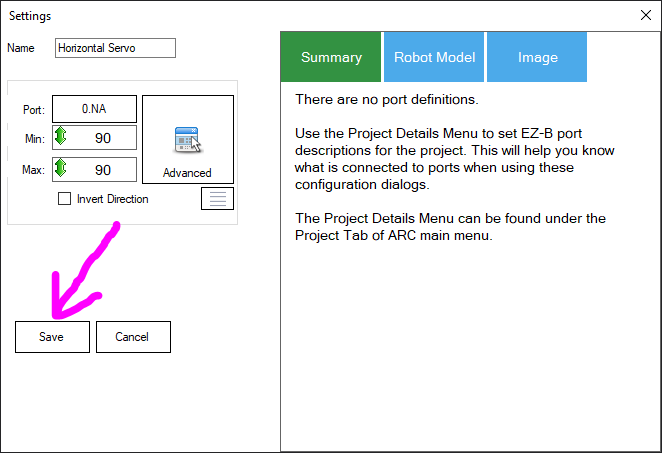 Press SAVE on the config window to save the settings. 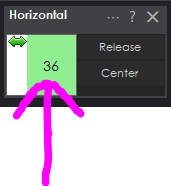 Click the mouse on the horizontal robot skill servo position display, and drag LEFT and RIGHT. Watch as the servo moves.

This is only the beginning...

Moving a servo with this robot skill is exciting, but the following steps are even more exciting. When several servos are connected to a robot for arms or grippers, you can configure the Auto Position robot skill to re-create animations. This is a popular robot skill for humanoid robots, such as the InMoov. Also, the Getting Started guide has a movement page that lists the different wants you can make a robot move.

Check out any of these related links...

Unlike a Standard Servo, a continuous servo has its internals changed to allow for continuous 360 rotation. The two parts that are removed from a standard servo to create a continuous rotation servo...

Adding this control to your project will connect to an SSC-32 servo controller. The connection can be directly via pc com port. Or through an ezb supporting the Hardware Uart or Software Uart...