ARC introduces Blockly Programming for both Windows and Mobile editions. We recommend that beginners start with RoboScratch before Blockly. Once you have become comfortable with RoboScratch, moving to Blockly is the next step on your programming adventure!

Before using Blockly, load your robot project into ARC. Similar to RoboScratch, ARC requires an existing project to be loaded and connected to the robot. This gives Blockly commands and actions to start programming with.

Load the Blockly Interface, depending on your which edition of ARC you are running (Mobile or Windows). In the Windows edition, the Blockly UI can be found in the top File Menu next to RoboScratch and the Virtual Desktops. In the Mobile Edition, you will find Blockly on the side menu. 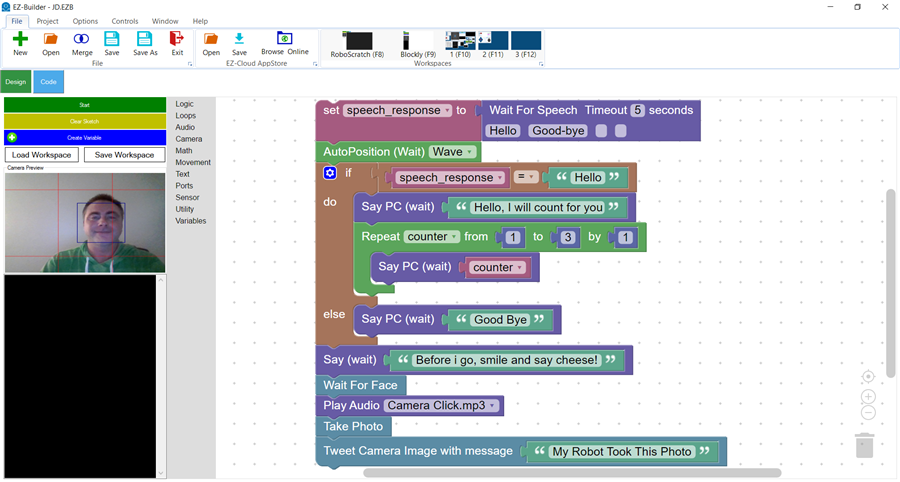