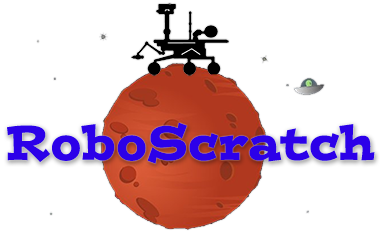 Designed for learning the basics of programming, RoboScratch introduces a programming interface exclusive to ARC (Windows PC and Mobile). With RoboScratch, function blocks are added to the workspace to create a sketch. Specific parameters of each block, such as wait for the camera to see an object, wait for speech, or execute a movement action. Link blocks and instruct your robot to perform behaviors and complete tasks. 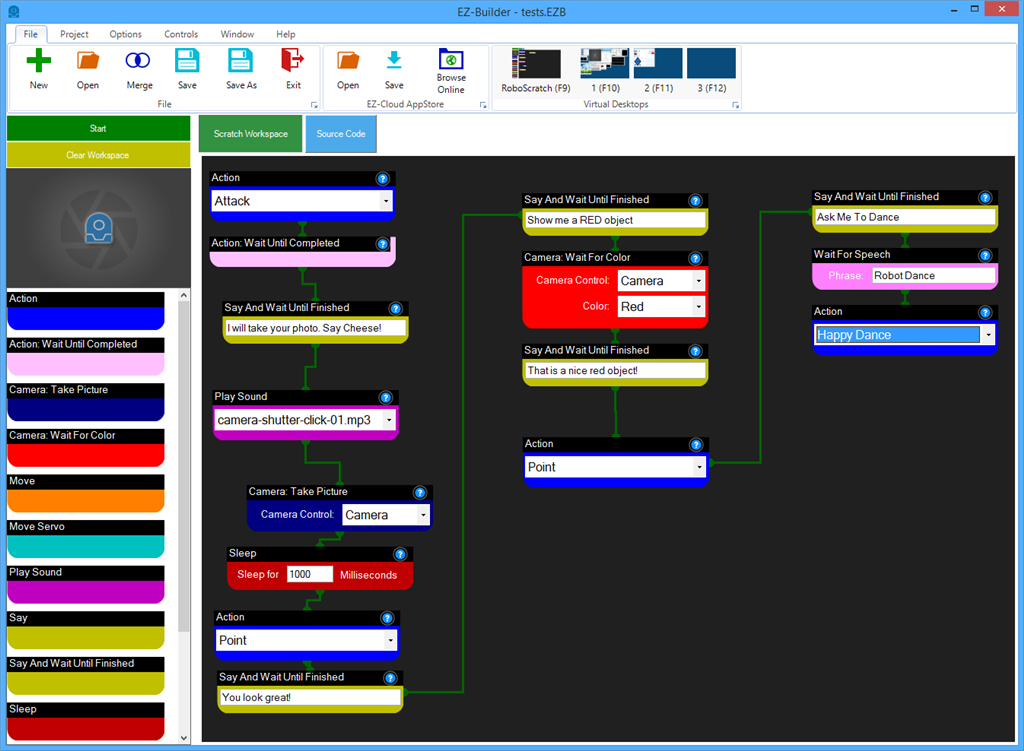 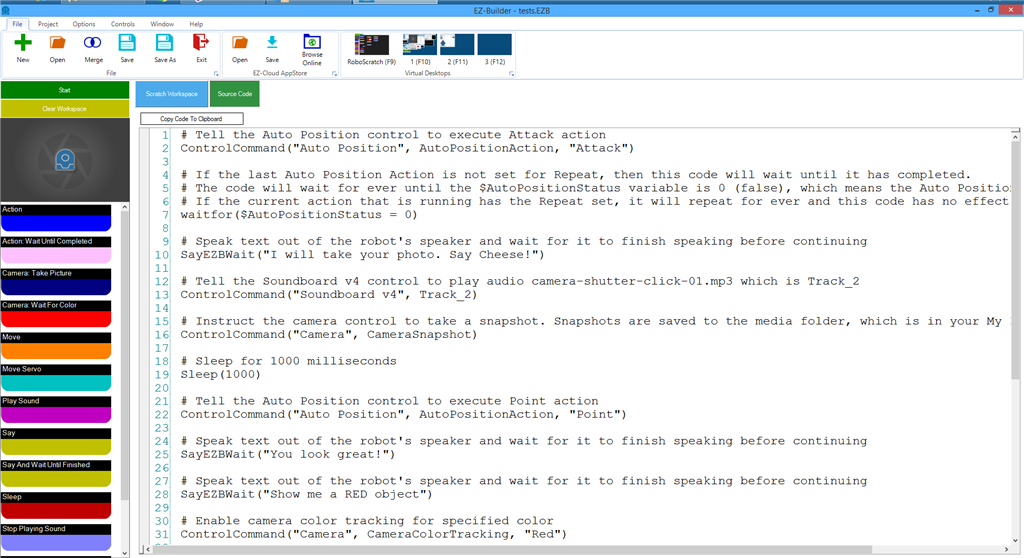 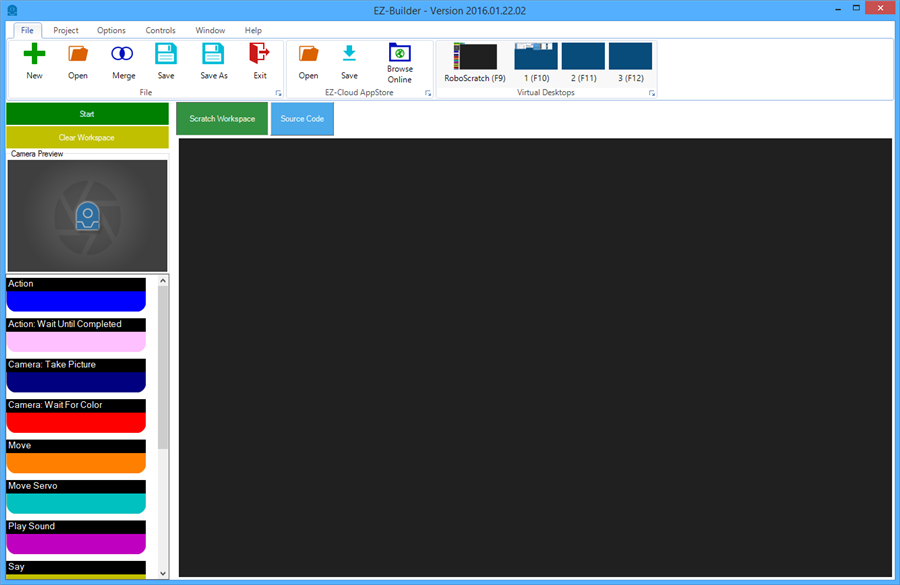 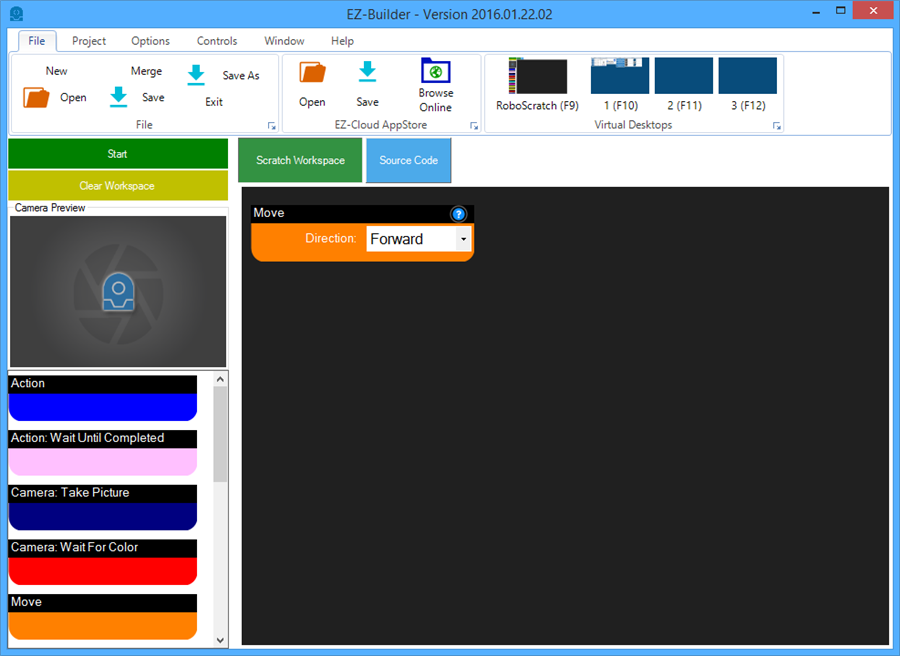 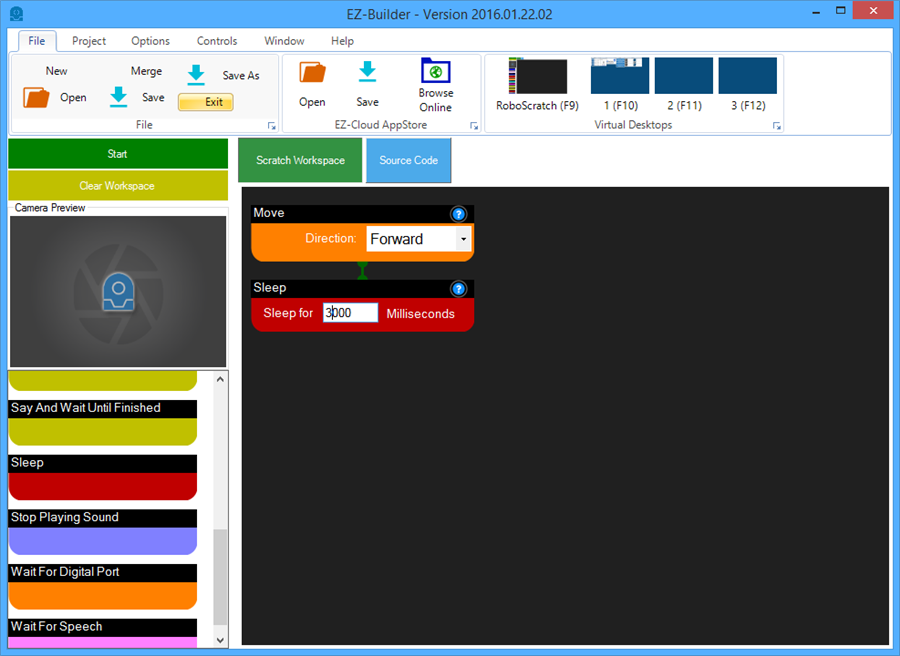 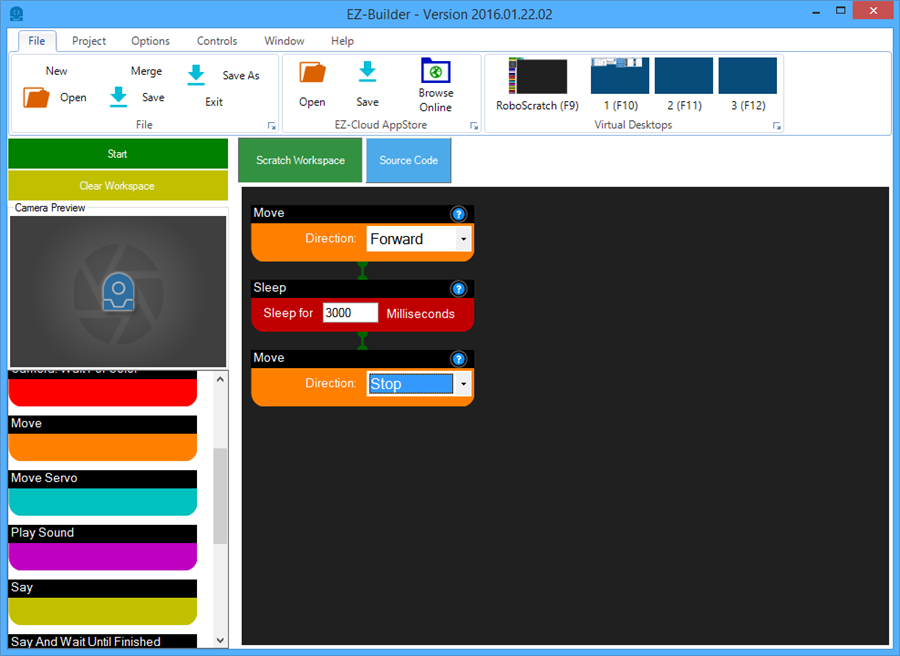 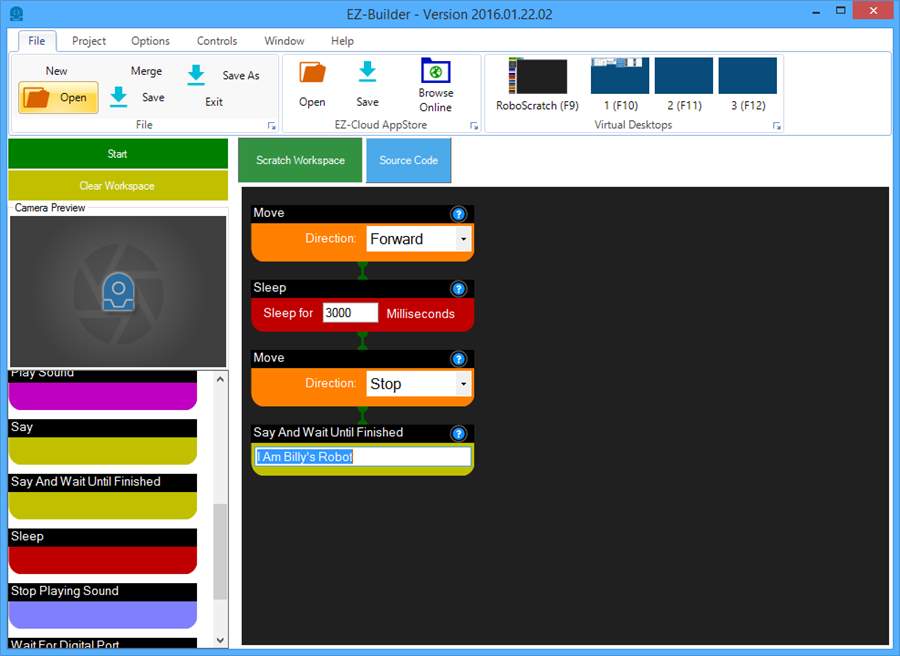 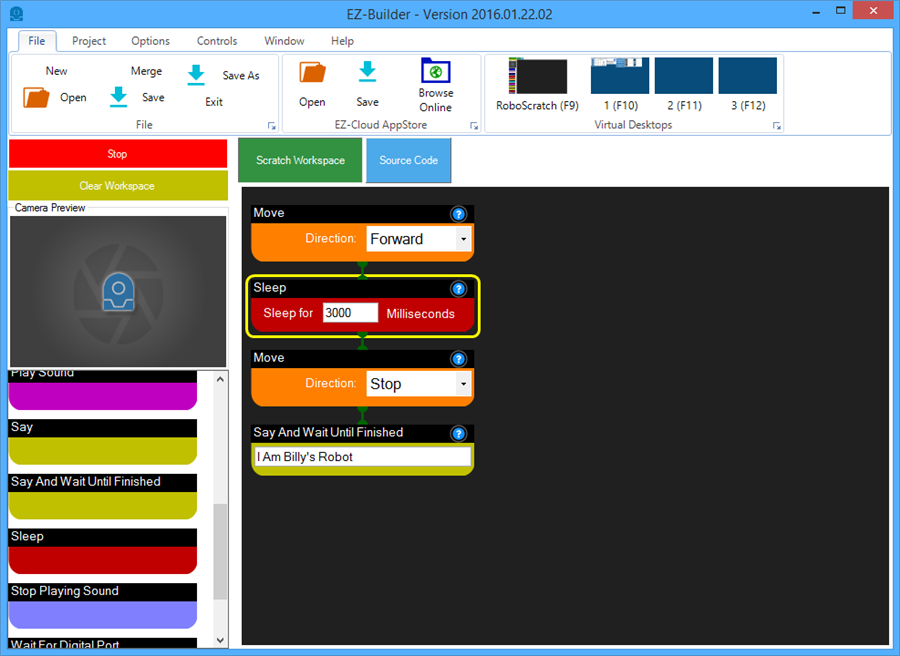 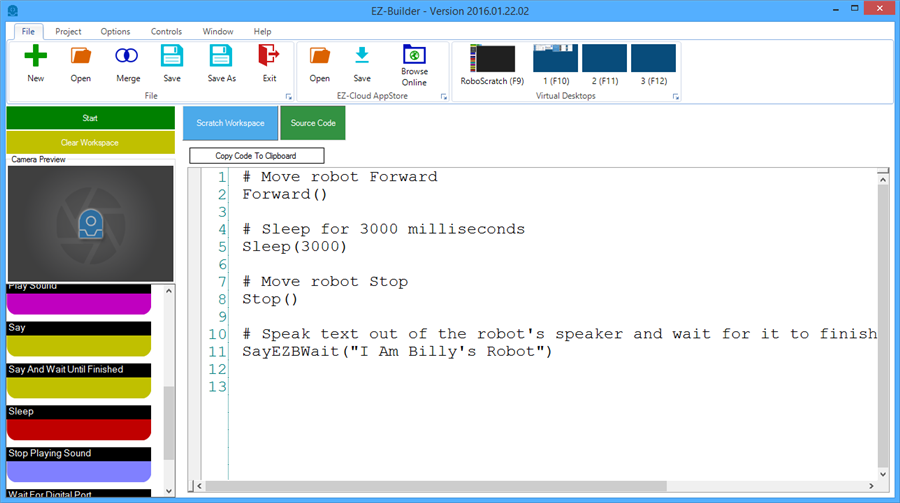