A COM port is simply an I/O interface that enables the connection of a serial device to a computer. You may also hear COM ports referred to as serial or UART ports. Most modern computers are not equipped with COM ports, but many serial port devices are still in use that uses the interface. Lab instruments, medical equipment, and EZB Robot Controllers often use serial/UART connections.

So what are COM ports? They are asynchronous interfaces that transmit one bit of data simultaneously when connected to a serial device. The COM designation is due to their use as communication ports on IBM-compatible computers. In traditional personal computers, COM1 and COM2 were often used to connect a serial port device such as a modem or mouse. Here is what a DB9 COM port looks like. 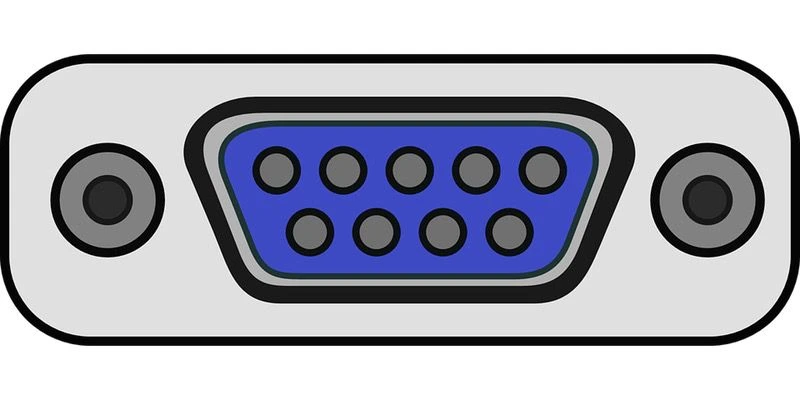 What is a Serial/UART Device?

Serial devices, also known as UART, are electronic equipment characterized by how they transmit data. Information is sent and received one bit at a time, providing a simple and reliable method of communication.

What is a serial port on a computer?

Serial ports are not standard equipment on most newly manufactured desktop and laptop computers. The RS232 serial ports seen in the past are usually replaced with one or more USB interfaces or included with the USB driver of an Arduino. This does not mean you cannot connect a serial port device to a new computer. You can use a USB-to-serial adapter to provide single or multiple COM ports to machines without installed serial interfaces. Many solutions are available, and most are inexpensive and easy to implement. You will also notice that an Arduino will create a COM (serial) port when it is connected to the USB of a PC. That COM port for the Arduino is what you would use to connect ARC to it when the EZB firmware has been loaded.

The UART USB adapters or EZB Arduino work by installing a device driver on a Windows computer. The driver program enables the computer to use the USB to RS232 adapter to replace a serial interface. This is done by creating a virtual COM port that performs identically to a physical port on a machine’s motherboard.

Serial ports come in three standard configurations. They are usually male connectors with either a nine or 25-pin connector or a pinout UART header for DIY use. The accepted manner of naming ports on personal computers labels the serial interfaces as COM1 and COM2. Each pin is used for a particular function, such as sending and receiving data or sending a terminal-ready message. Essentially, any interface compliant with the RS232 protocol is a serial port, including EZBs that have onboard UART.

EZBs That Use Serial Ports

Many EZB devices use the UART/Serial protocol. You will find serial connectivity built into devices like Arduino and the EZ-Robot EZ-B v4, to name just a few. Click here to view a list of EZBs and their connection type to see which are USB because that will mean COM port.

UART stands for Universal Asynchronous Receiver/Transmitter. It is a hardware device that translates data between a computer’s serial ports and the EZB. UART processing transmits a byte of data serially bit by bit. The information is then converted back to a whole byte at the other end of the connection.