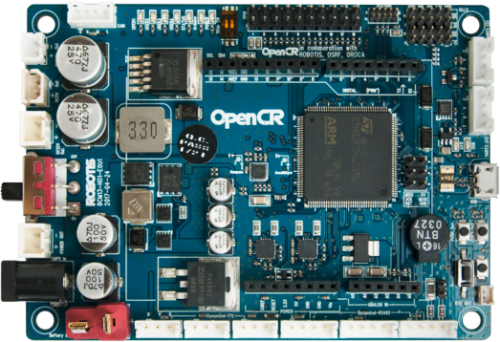 OpenCR 1.0 is an open source robot controller embedded with a powerful ARM MCU compatible with EZ-Builder.

The suggested IDE for programming the OpenCR is the official Arduino IDE. The tutorial link below will recommend downloading and installing the Arduino IDE. However, you will also need to install the Robotis OpenCR libraries and tools into the IDE.

Most Arduino's connect to EZ-Builder via 9600 baud. This controller has the technical power to connect at a much higher rate. The firmware is set for 921,600 BAUD, which is very quick! When following the connection tutorial, ensure you specify the correct baud rate for this firmware.

Get technical details of the Arduino pinouts with the OpenCR to understand how EZ-Builder maps to the output pins HERE. 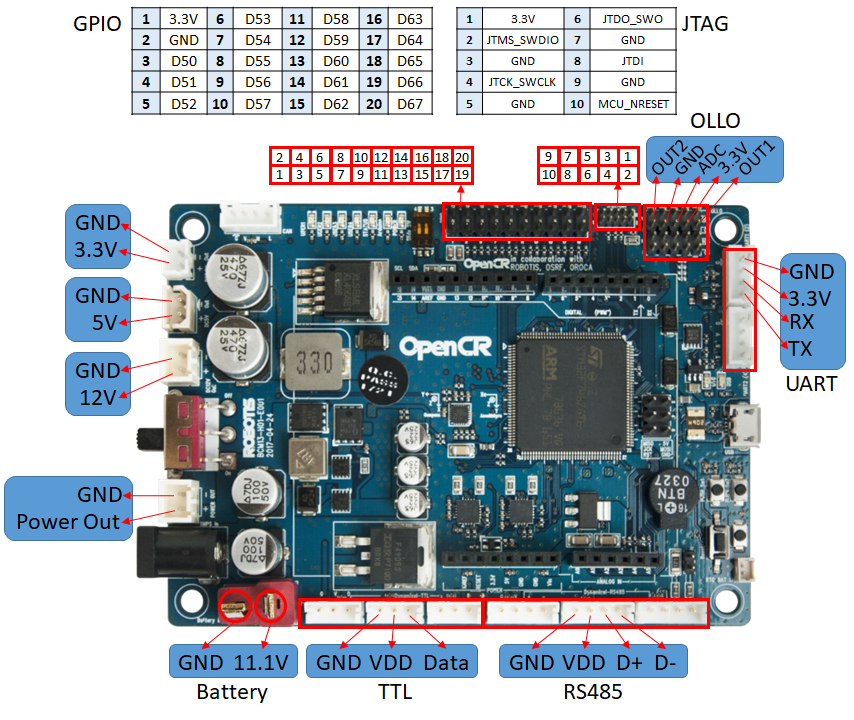 The ports on the OpenCR perform different features based on their usage. The diagram above demonstrates how the ports are connected to EZ-Builder. The Ax ports can be either Analog Input or Digital I/O. The Ax also function as Dx ports. The UART 0, 1, & 2 are connected to UART 1, 2 & 3, respectively.

For example, you can flash the LED because it is on port D13 in EZ-Builder with this example EZ-Script code. Try it and have fun :)

This tutorial uses the ControlCommand() EZ-Script command that instructs the Auto Position control to create a frame and...
Login to post a comment