Where there are amps and volts, there are the things that deliver them. Batteries (also known as cells) come in lots of different flavours, so this step will go through some of the more popular choices available, along with some details so you can decide what would be the best for your robot project. 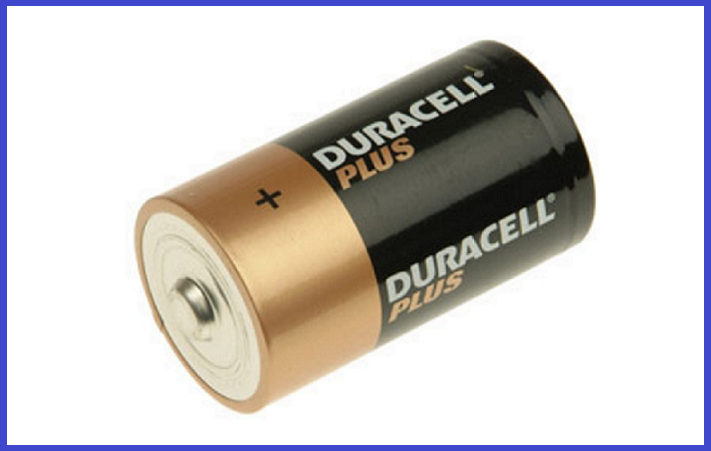 These are the kind of batteries you will find in the back of your TV remote and various other everyday devices, and typically come in the form of 1.5 volt "AAA", "AA", "C" cell, "D" cell, and the "9v" brick, and cannot be (and not recommended to be) recharged. You won't normally find the discharge (mAh) rates so it can be difficult to work out how long they will last, unless you are willing to do some web surfing and find the manufacturers website where they may have the specifications listed.

Using a 12v alkaline (or dry) battery for this example, generally you would start with 12 volts but not enough amps. You could then use several alkaline batteries in parallel (more on "Series" and "Parallel" in step 6) to keep the same voltage, but increase the amps. But alkaline batteries will decrease in power as they drain.

Having four alkaline AA batteries connect in series, will power an EZ-B and some low powered sensors. Not recommended for servos.

Alkaline's are cheap (sometimes), and readily available, but do a poor job of powering servos and high power motors due to not delivering enough current, and are not very environmentally friendly. Also, notice how more and more devices now have lithium rechargeable batteries installed. 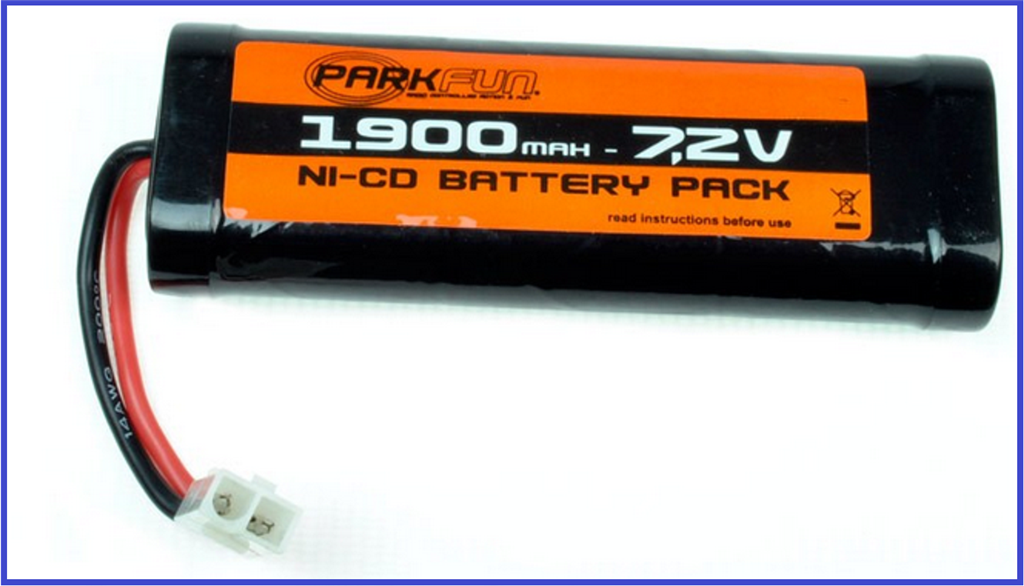 Nickel-Cadmium batteries used to be used a lot in laptops and mobile/cell phones in the past (some still do), and come in various forms, including the more popular 1.2 volt "AA" and "AAA" single cell and 7.2 volt and 12 volt battery packs. A single cell AA batteries capacity can be between 500 and 1100mAh. NiCd's suffer from the "Memory Effect", meaning that they lose their charge faster when they are old compared to when they were brand new. NiCd's are being phased out of production and being replaced with better chemistry batteries.

Each cell on a NiCd cannot go below 1v before permanent damage occurs. Also the average life of a NiCd is about 500 recharges.

A 7.2v NiCd pack, will power an EZ-B and will handle the inrush of a few servos.

Relatively cheap to buy, and can deliver enough current for powering DC motors and servos, but lose capacity each time they are charged and are being phased out. Not environmentally friendly due to highly toxic heavy metal in the batteries makeup. 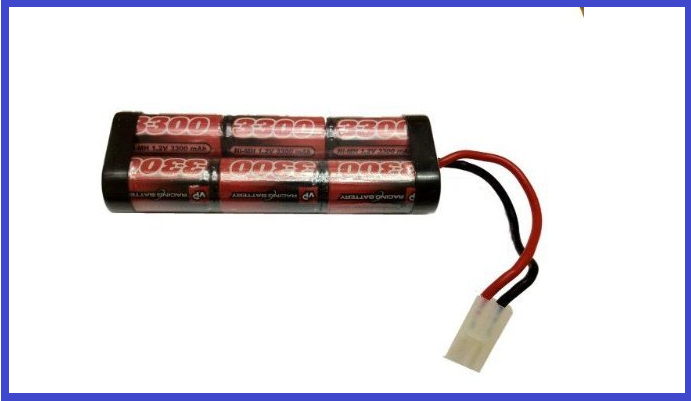 Nickel Metal Hydride batteries are the sort of replacement for the NiCd's mentioned above. These also come in various forms, including the more popular 1.2 volt "AA" and "AAA" single cells, and 7.2 volt and 12 volt battery packs. NiMh battery packs have varying capacities ranging between 1300 and 13500mAh. The more popular choices of battery pack are the 7.2v and 12v NiMh packs which are available in varying mAh choices for longer or shorter run times. Have a look at the website link below for an idea of what is available...

On average, NiMh packs above 2100 mAh will have about 500 charge cycles. NiMH have some memory effect, but very little compared to NiCd cells. NiMH can benefit from the occasional deep discharge to regain some lost battery life. (This figure will depend on how you use and take care of the battery pack, and whether you use a fast charger which may give a shorter lifespan, or slow charger which may give a longer lifespan). NiMh packs can't be recharged as many times as a LiPo, and tend to die after about a year whether charging or not.


You can over-discharge NiMh batteries, so using battery ministers is advisable. You can set the LiPo Battery Warning" to warn you when your NiMh has reached its critical level to save over-discharge from happening., charge them any time you want. Each cell can't go below 0.8v for a Nimh, before permanent damage occurs so in this case the pack can't really go below 4.8v on a 7.2v battery pack.

Example. Can power an EZ-B for hours, and can handle servo inrush for multiple servos.

Fairly inexpensive, although the price rises substantially for higher mAh packs. They deliver enough current to power servos and DC motors, but are slightly larger and heavier than LiPo batteries, also overall life expectancy is about half of an equivalent LiPo pack. (see below). 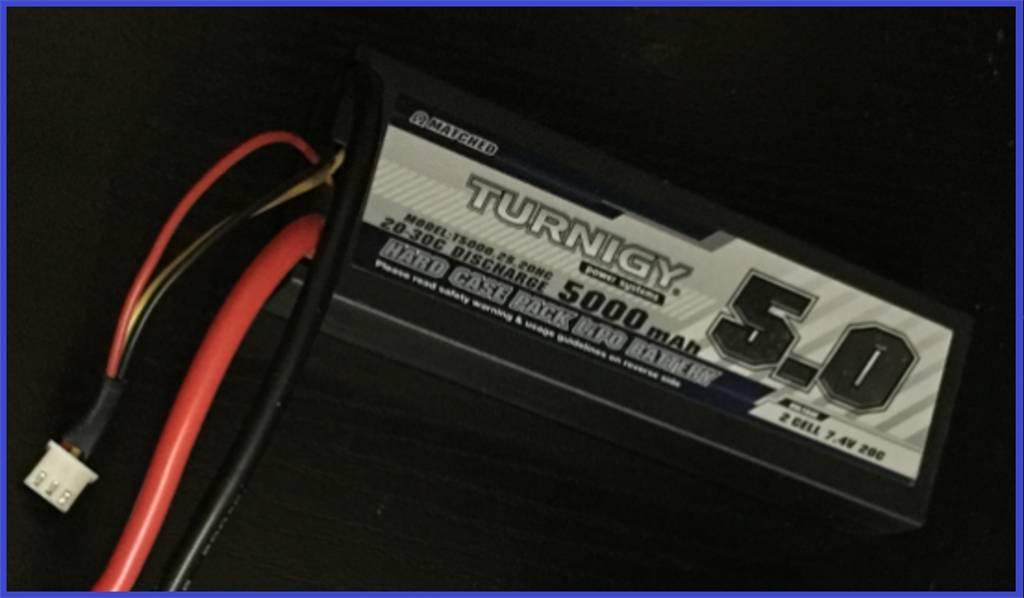 lithium-ion polymer batteries tend to be flat cells but can be made in almost any shape, and are usually found as multiple packs of 3.7 volt single cells. As with other batteries, they come in different flavours of voltage...

They are also smaller than the NiCd and NiMh battery packs mentioned above, which makes them ideal for robotic projects of all sizes... large or small. These battery packs can deliver a huge amount of current which is great for powering multiple servos. These also come in various "mAh" and "aH" ratings for increased run times depending on what is being powered.

LiPo's have pretty much no battery memory effect, but you can damage them by over discharging them... You can however, charge them any time you want. EZ-Builders "LiPo Battery Warning" is set to 6.6v which saves the LiPo from over discharging. On a 7.4v 40000mAH pack, it's life cycle is around 700 recharge cycles. (This figure will depend on how you use and take care of the battery pack, and whether you use a fast charger which may give a shorter lifespan, or slow charger which may give a longer lifespan). LiPo battery packs should only be recharged by specific LiPo battery charges. A recommended type of charger is a "Balance Charger" which monitors the voltage of each individual cell in a pack, and then varies the charge on a per-cell basis to make sure that all cells are brought to the same voltage so the pack has a much better life cycle. EZ-Robot sells a LiPo Balance charger that can be found in the following link...

LiPo batteries have become quite popular in the world of mobile robotics and in the R/C (radio controlled) fields, due to their smaller sizes and light weight design. They are a bit more expensive than NiMh batteries (not by much), but LiPo batteries CANNOT be recharged while connected to a device, as this will cause damage to the battery, or worst case burst into flames, so care must be taken. But don't be scared by that last statement, as long as you look after your LiPo battery packs, they are perfectly safe.

EZ-Robot 7.4v LiPo batteries are available from the following link... 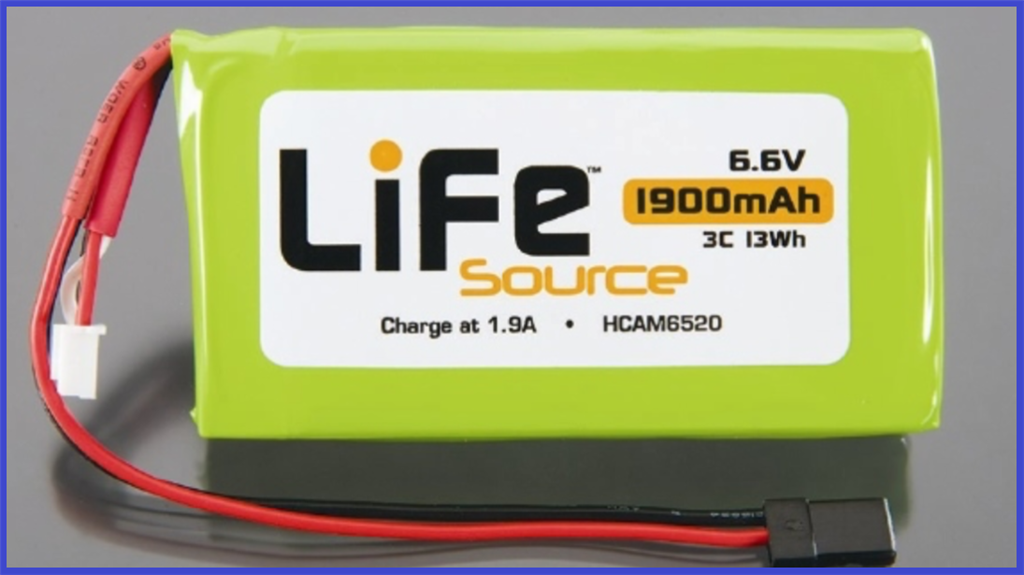 Lithium iron phosphate batteries, have been around for a few years now, but only just becoming more widely used. In some respects, LiFe battery packs have some advantages over LiPo's in that they last longer, they are safer to recharge, about the same size and weight compared to similar spec LiPo's, longer overall battery life (apparently up to 10 times more charging cycles), they still pack a punch (current delivery), and they are more environmentally friendly.

A 6.4v LiFe pack will power an EZ-B, and move multiple HD servos at the same time, possible 24 connected to an EZ-B (Currently untested). They are also capable of delivering enough current to power DC motors.

Just like LiPo battery packs, these have all of the advantages such as high current output, small form factor and can be made to almost any shape. They are currently quite expensive, but the lifespan of a LiFe can be many times more than a LiPo battery pack, so it may save money in the long run. 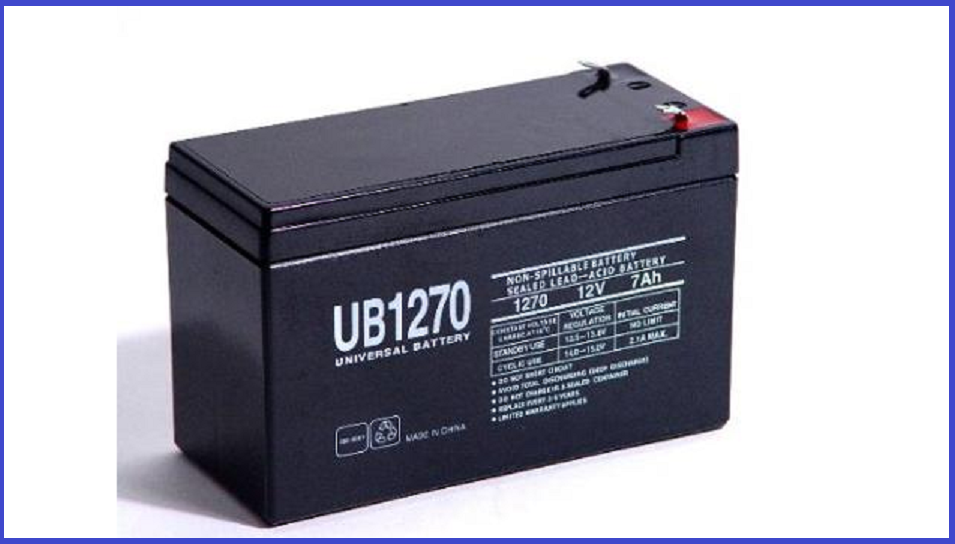 Sealed Lead Acid batteries are normally 6V, 12V and 24V although there are many other options are possible. You may know these kind of batteries as the type you would normally find in a car or motorbike. SLA batteries are usually measured in "aH" (amp hours) because of their larger size and capacity compared to their lithium counterparts.

A 6V SLA battery pack can normally provide enough current to power many servos, including the EZ-Robot HD servos, and also do well with heavy demand DC motors. You know them kiddie ride on cars... usually SLA powered. These batteries will be quite heavy so can really only be used in certain applications such as large robots. Because of their larger capacity, they require much longer charging times too, but you will get longer run times depending on your application.

Can power an EZ-B, and can produce enough current to move multiple servos. These are also great for powering DC motors hooked up to a motor controller connected to an EZ-B.

Sometimes big and bulky, can be quite heavy, and take a long time to charge. But they are quite powerful (some are enough to start a car engine), and can have long run times. Prices are not to bad either, considering the amp hours they can have.

The amp hours, life cycles, and undercharge figures are gathered from various sources and are average figures. These will vary from battery to battery, manufacturer to manufacturer, and also how they are used and maintained. For more detailed information, do a web search for the particular battery you are interested in (Spec sheets/Datasheets are you friend here).

The next step will go through mains power supplies.