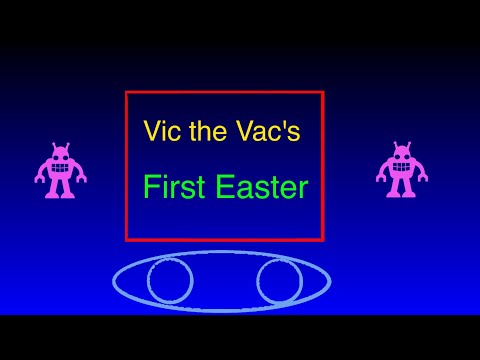 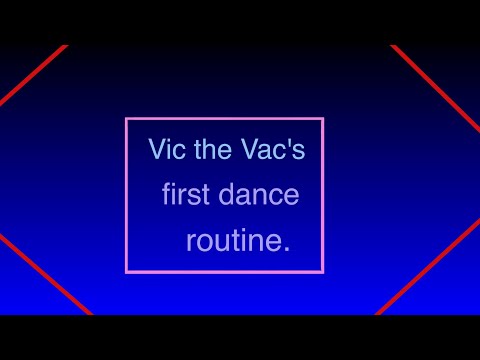 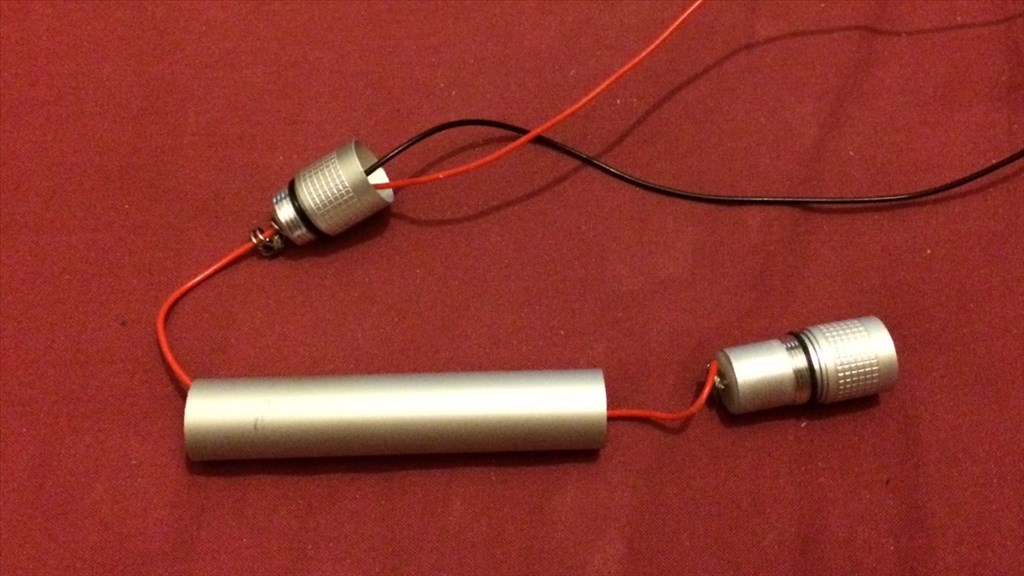 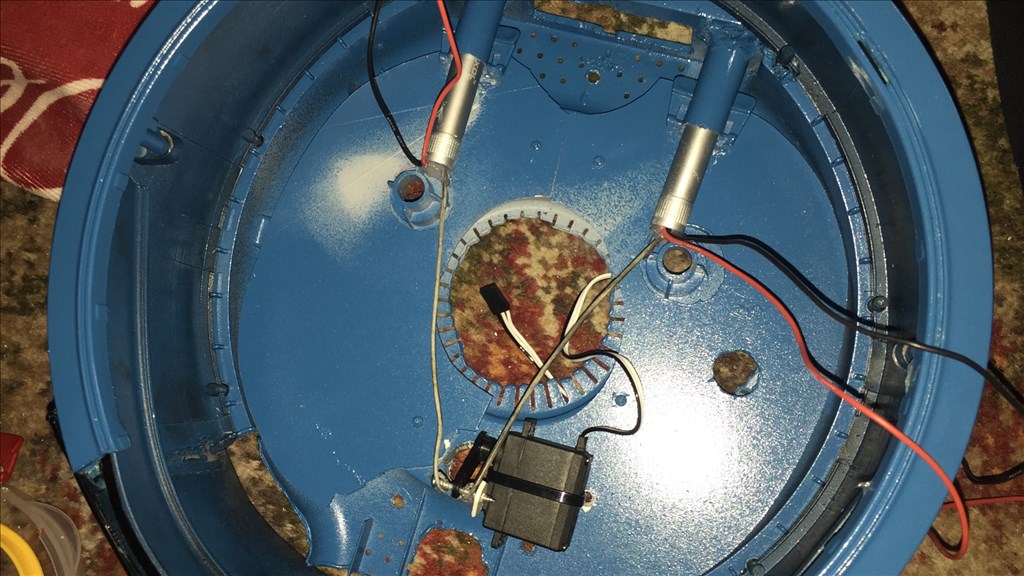 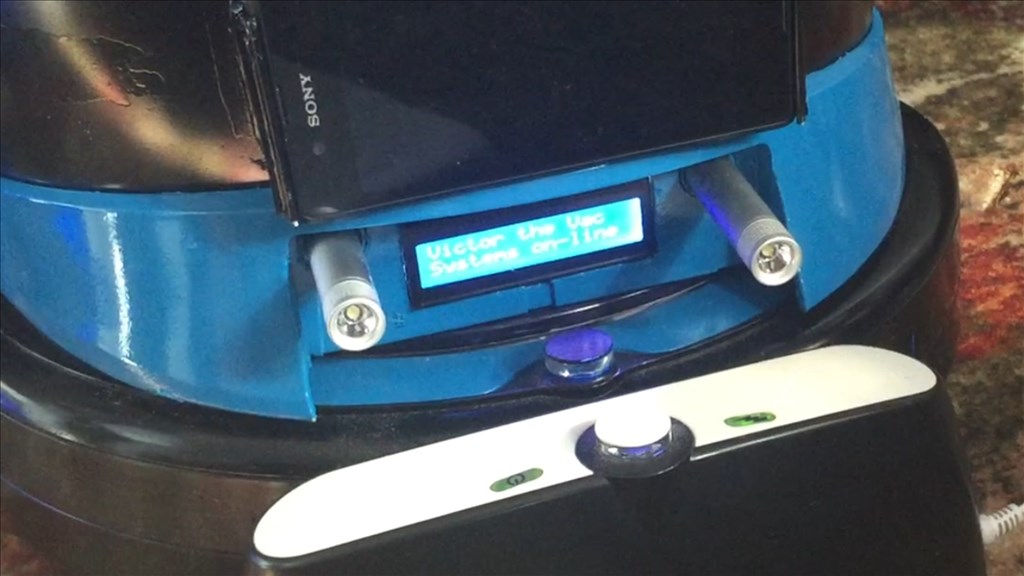 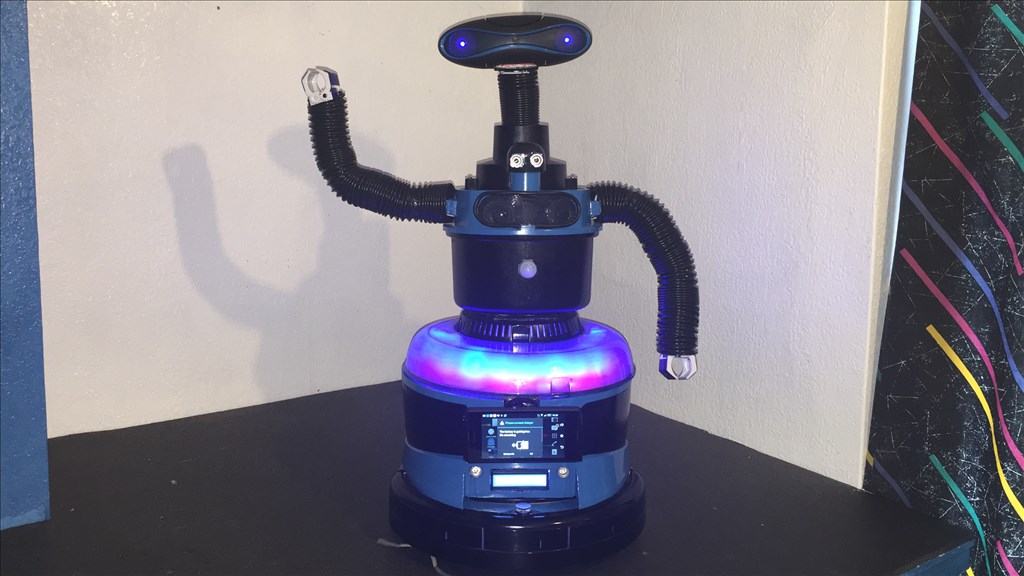 Welcome to the project showcase for Victor Vac. Why is he called Victor... 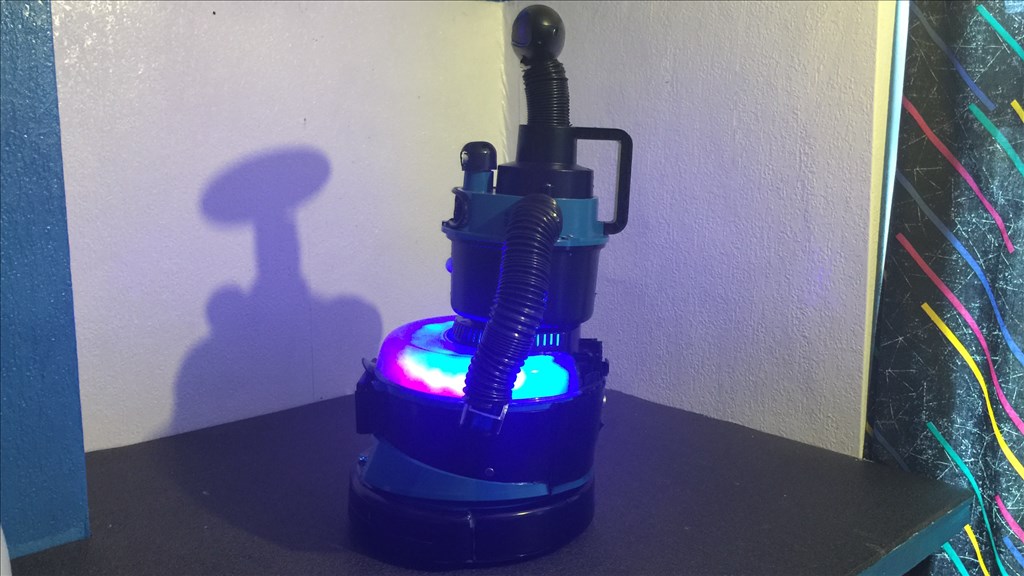 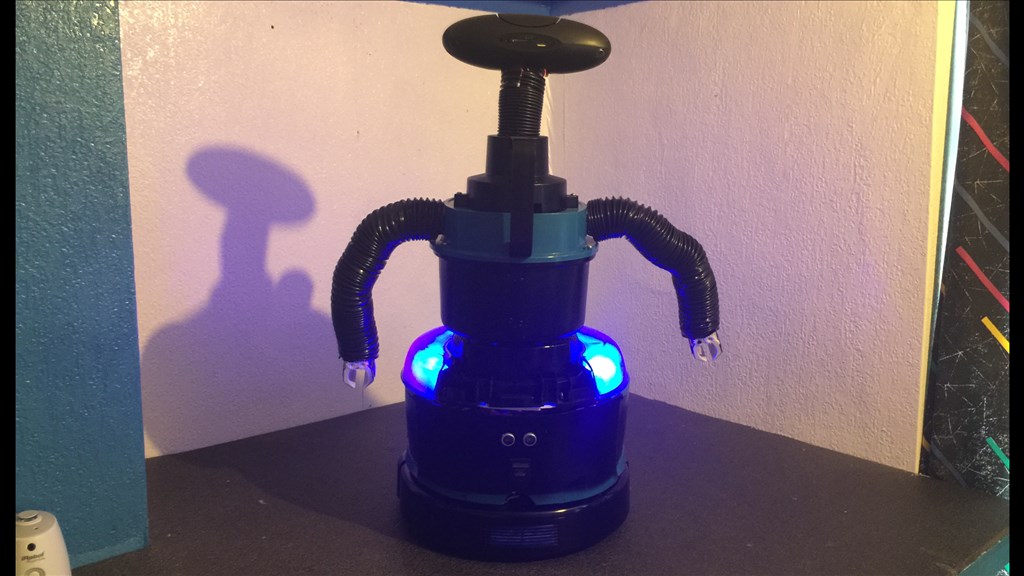 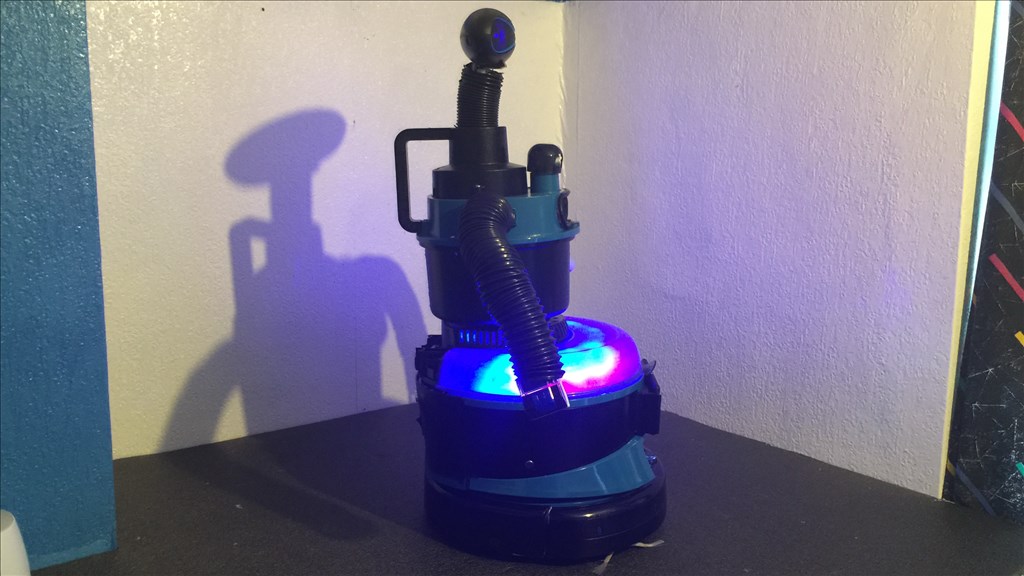 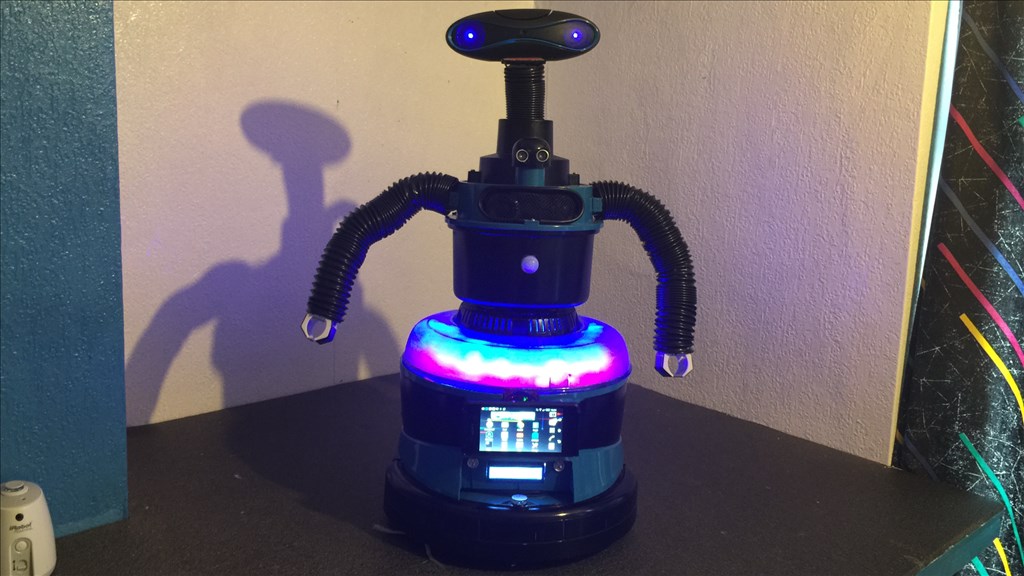 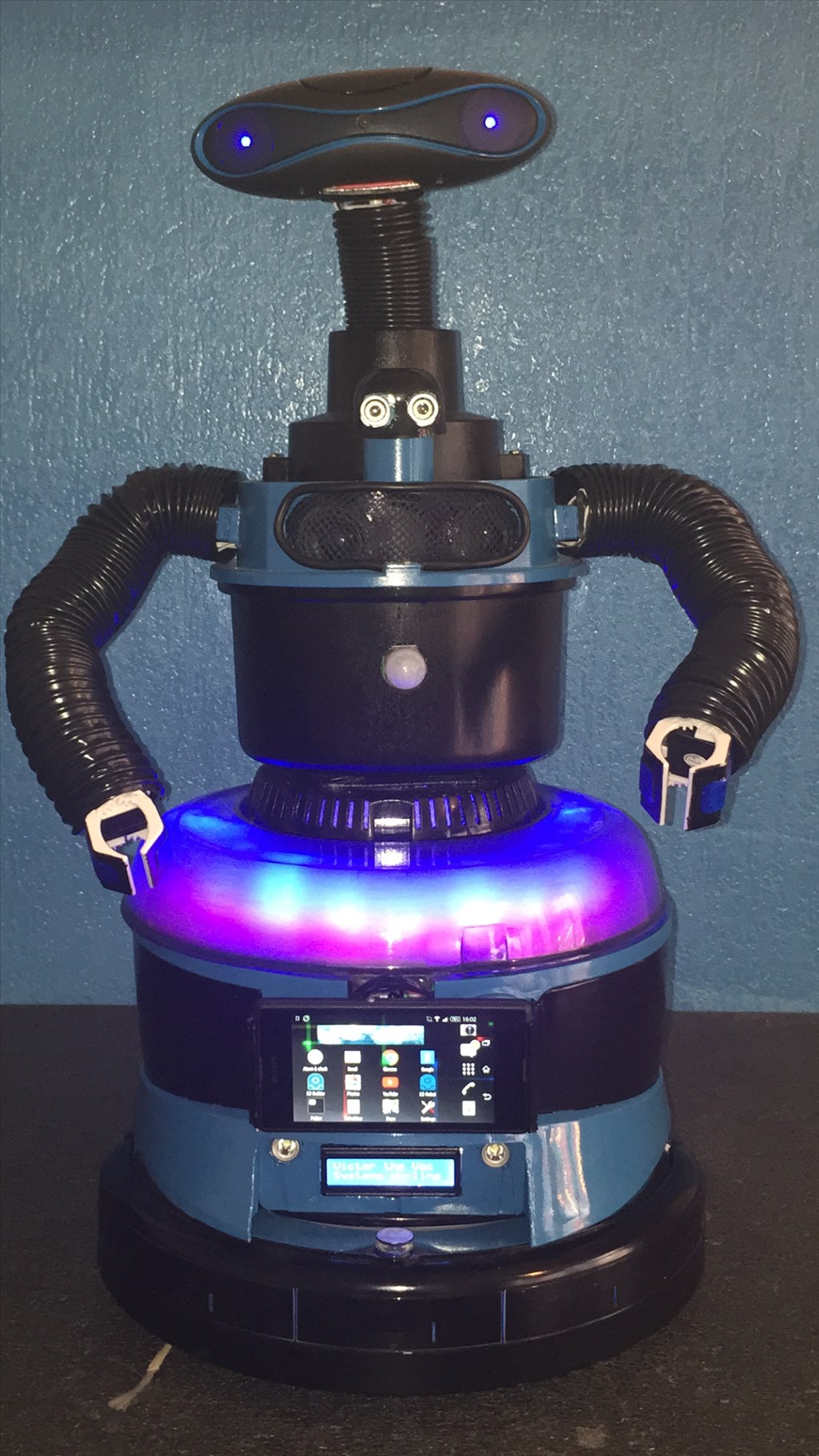 So everyone, I'd like you to meet Victor Vac (Vic the Vac), or Vic as I call him. He came about because I'm done with K-9's build now and because I'm well and truly bitten by the EZ-Robot bug now, I wanted to get my teeth in to something new, and different. I have plans to make a full sized robot this year, but that will be quite a long and complicated build, so this was an ideal time to get the creative juices flowing and try I few things out an a scale size and practice on improve my scripting skills.

So you know why he is called Victor, but why Vac? Well, his drive base is a fully functional irobot Roomba 530, his top part of the body is an old 12v car vacuum cleaner, and his arms and neck coverings are vacuum cleaner hose. The rest of his body is made from other bits and pieces a had laying around the home which would have been thrown out in the trash or recycling bin. These were... 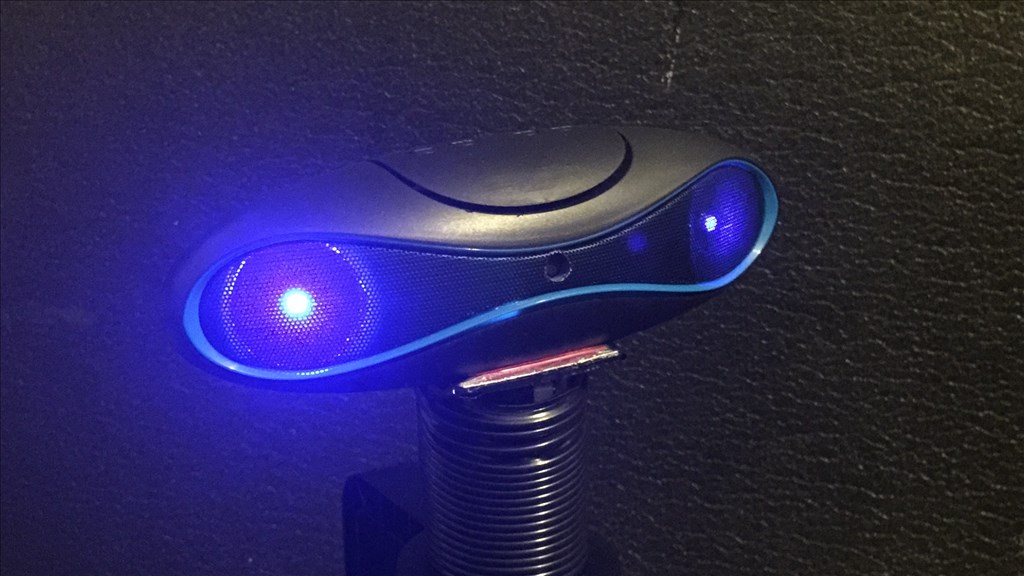 So as you can see, trash and cleaning really is the theme here. All these parted were measured, cut, striped, drilled, melted, cleaned, sanded, screwed, bolted, painted... you get the idea. A fabricated from scraps robot. But of course that's only half the story. He needed some more parts to bring him to life (life in the robot sense of course). So it was over to the shop where I ordered a Development kit, additional servos and some extras items. Then some more online shopping for some more goodies from around the web. Here's a full list of what's installed from head to toe (or should that be "head to wheel")... 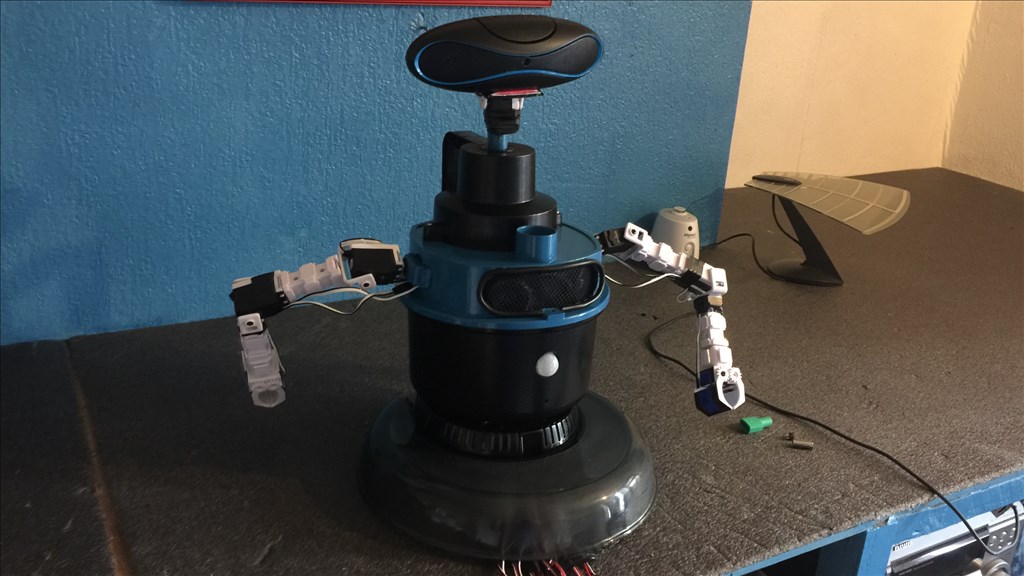 So what is Vic's function in life? Well for a start, he is Vic the Vac so vacuuming the house is his nature (and saves me a job). But with his improvements, and leaving the cleaning section of the Roomba still in tact, he can be scheduled to clean or do it autonomously. He enjoys it to, as he will sing a song or whistle while he is whizzing around the house. Other things he can do is read out various RSS feeds like news, weather, and some fun stuff too like fun facts of the day and jokes. His non EZ-Cloud project contains a an ever growing list of my music library which I can ask him to play and will stream it through my home entertainment system. He also has his own Pandorabot AIML brain so two way dynamic conversation is there which controls most of Vic's speech recognition scripts.

Vic does have a serious side though, in the fact that like K-9, he monitors certain aspects of my home security. He has sound, passive inferred and Photosensitive diode sensors in his chest that periodically turns on and checks the area or triggers security functions when sound, light, body heat, or movement is detected when there shouldn't be any. He also has smoke/gas detection and flame detection diode sensors with alarm scripts should the worse happen. Of course a lot of these sensors can be used for fun stuff too which you may just see in upcoming videos. To some people it may seem that Vic has a lot of "bells and whistles" in the way of sensors and the LCD display, but they all do serve a practical purpose and are test beds for my full size robot project build I will be starting soon. 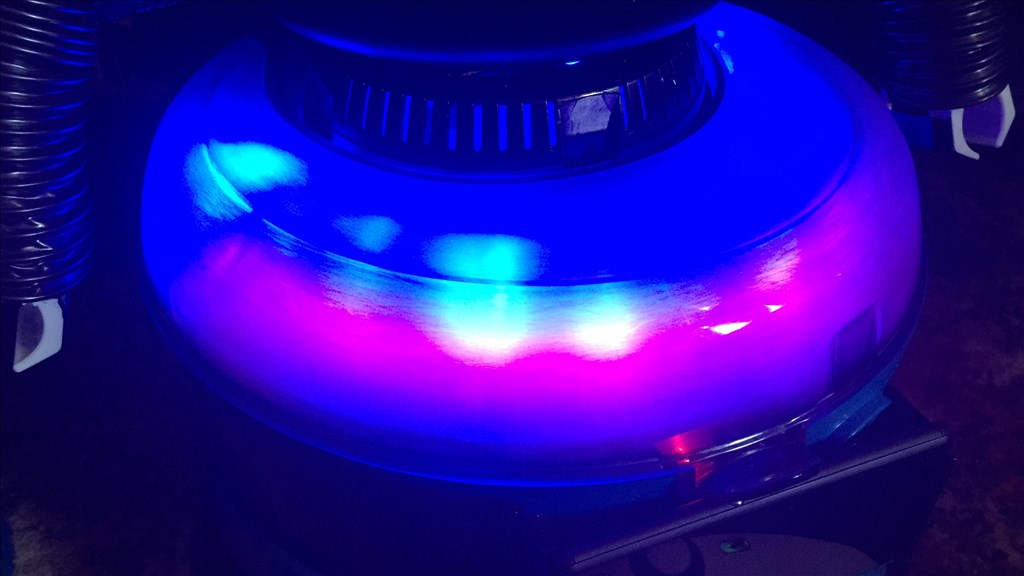 Vic's ARC projects are still incomplete but are growing and changing and it's all a great learning experience. I won't go in to much more detail here of how everything went together and risk making this a long boring post, but if you're interested, I will be writing up an Instuctable which I will link on this thread which will have details and more pictures of the build. There is also a video slideshow with video clips which you will find below which includes a quick thank you message for some of the members who helped me out when I got stuck. There will be more videos and updates to follow.

And of course if you have any questions then please do ask. So share your thoughts and opinions, and let me know what you think of the little guy. Its amazing what you can do with a broken cooker, an old vacuum cleaner, some rubber hose, a little bit of lateral thinking, and no 3D printer.

The fun of the build has ended.
The fun of scripting now begins... 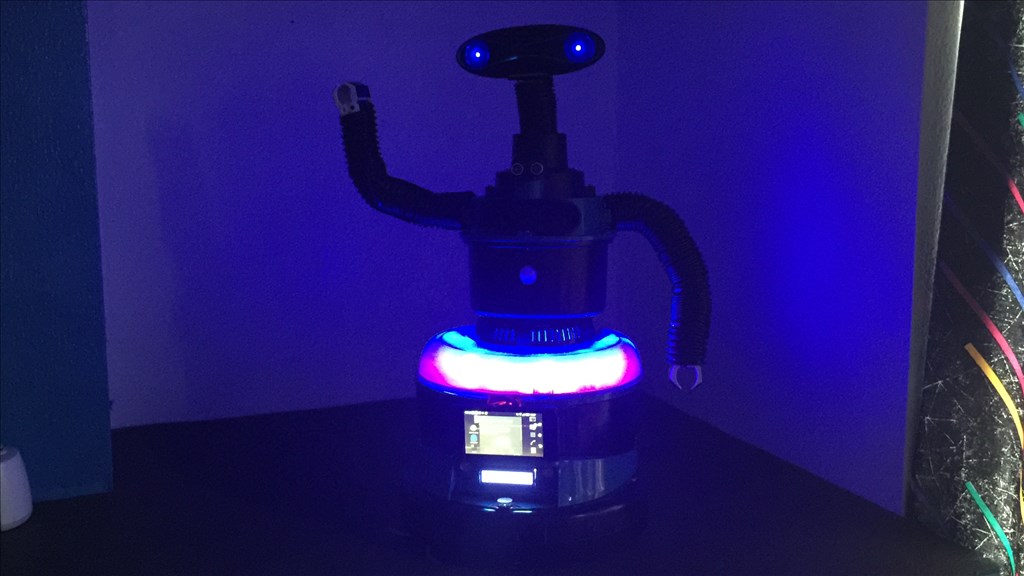 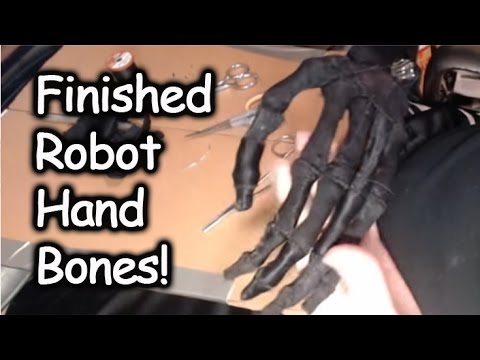 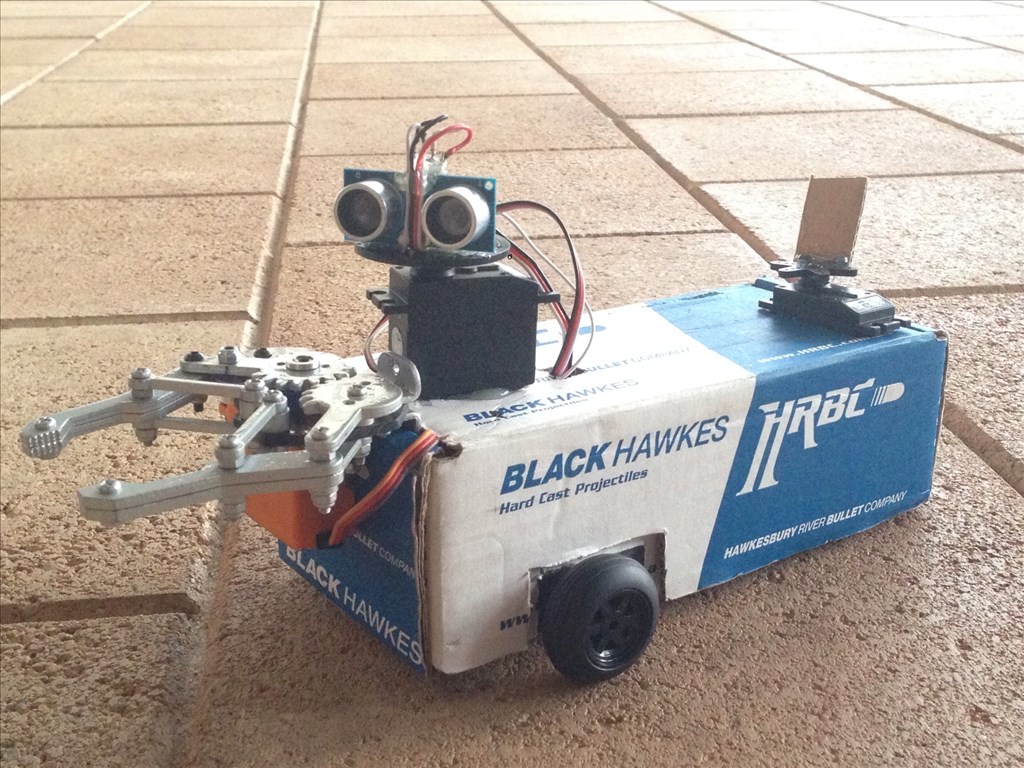 Hi all, I'm new to this world and wanted to share my experience so far. After getting my first Ez-b a few days ago, I... 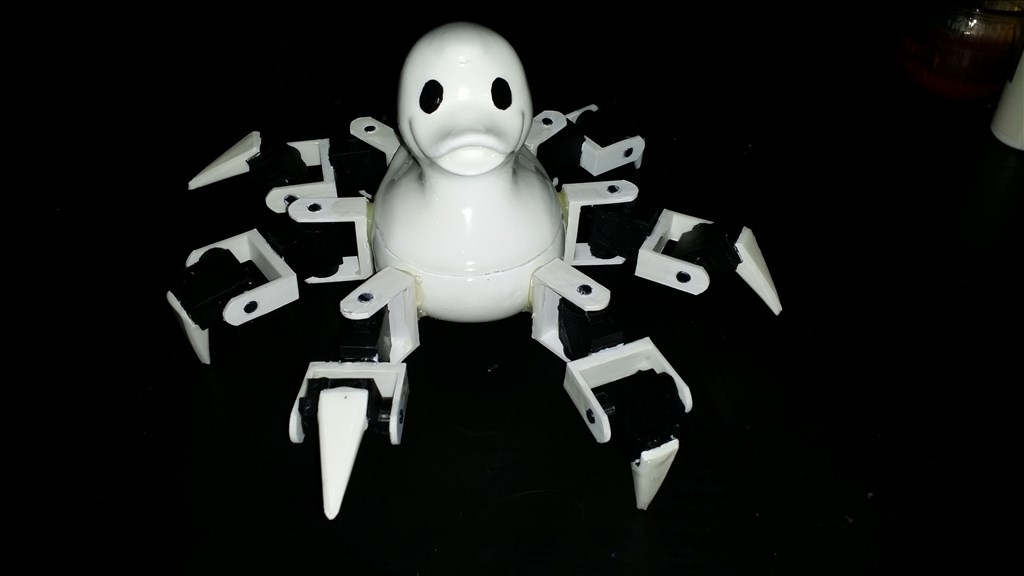 Here is the finish Ducki Six! Just before anyone asks "why a duck" I will explain. Dj the founder of EZ...

I'm pleased you like the lil fella. I figure a video slideshow is a bit better than loads of build photos and seperate video clips to scroll through. Glad you liked it.

I'm waiting on another fun little video to upload, but YouTube is taking forever. Should be ready soon.

Thanks for the compliment. I'm not sure about 007, but he has got a few hidden spy sensors to use in his missions.

#6   Apr 2015
Awesome build @Steve G! I love all the material repurposing, that's what i like to do when building a bot from scratch as well

That's kind of you to say. I'm really happy you like Victor. I love doing the whole build from scratch thing to make something unique. I'm constantly looking at things and thinking "that would make a good...". And thanks for the advice you offered in previous posts about the lighting and LCD display.

A bit of fun using Auto Position and an Easter egg.

Below is a short video I made during testing of Vic finding out what an Easter egg is. He wasn't quite full connected up when I filmed this, hence only one arm moving and no lights (except for his eyes). He needed a little bit of help from me, but he's getting the hang of things. It's nothing special, just a bit of fun.

#10   Apr 2015
Steve G,
You forced me to login and say "What a cool Bot".
I admire individually created EZ robots!
IRobot offers so much as a platform!
Thank you for sharing.
Steve S

Well, I couldn't have done it without Richards and your own Roomba support for which I am greatfull. Thanks so much for that, and thanks for the compliments. I'm pleased you enjoyed the videos too.

I'm glad you did stop by buddy. I thought this might be right up your street as I know you like fabricated bots. I'm happy you like him and I'm pleased I could share it.

#12   Apr 2015
WOW truly inspirational! Reminds me of when Ez-robot was just starting out and everyone was building their own robots from random parts and bits. The voice fits his look perfectly too

I am definitely looking forward to seeing more videos of his progress.

Where did you find the voice from?

I must admit, I wasn't 100% convinced of the voice at first until I heard him talk more and started to make me laugh with how he said certian things. The actual voice is Ivona chipmunk, and using audacity I'll be making some additional sound files of voice samples for addition emotional effects such as laughter ect.

Anyway in pleased you like him Aaron, and thanks for your comments.

Thanks Tony. Very kind of you to say. I'm pleased you like him.

the voice ivona chipmunks is that free to use?

ZebraStripes
Australia
#21   Apr 2015
Great roomba robot - I am very impressed! I have a broken 400 which I want to play with as soon as I have the time.

Can you tell me where you sourced your retractable torches? They seem like a nice additional bit of kit.

Thanks for the compliments Chris. I'm happy to hear you like the lil guy. I sourced the pen light torches from Amazon. They run on a single 1.5v AAA battery and are pretty bright for their size, so I stripped them, soldered some wires to the terminals, and wired them in parallel through a drop down buck converter and relay that Richard R put me on to, which are connected to a digital port on the EZ-B. The retract mechanism was made from two dried out marker pens, a cut length of metal coat hanger wire which are linked to a HD servo with a servo horn. I put up a couple of pics so you can have a better look.

ZebraStripes
Australia
#23   Apr 2015
Yes - a very simple and robust way of having retractable light beams. It is these little touches that add so much to a project.

Thanks very much for sharing !