Get ARC
Ready to start making your robot dance to music? Move to sounds and speech recordings? Well, this release includes a beta version of a feature which will revolutionize the Revolution 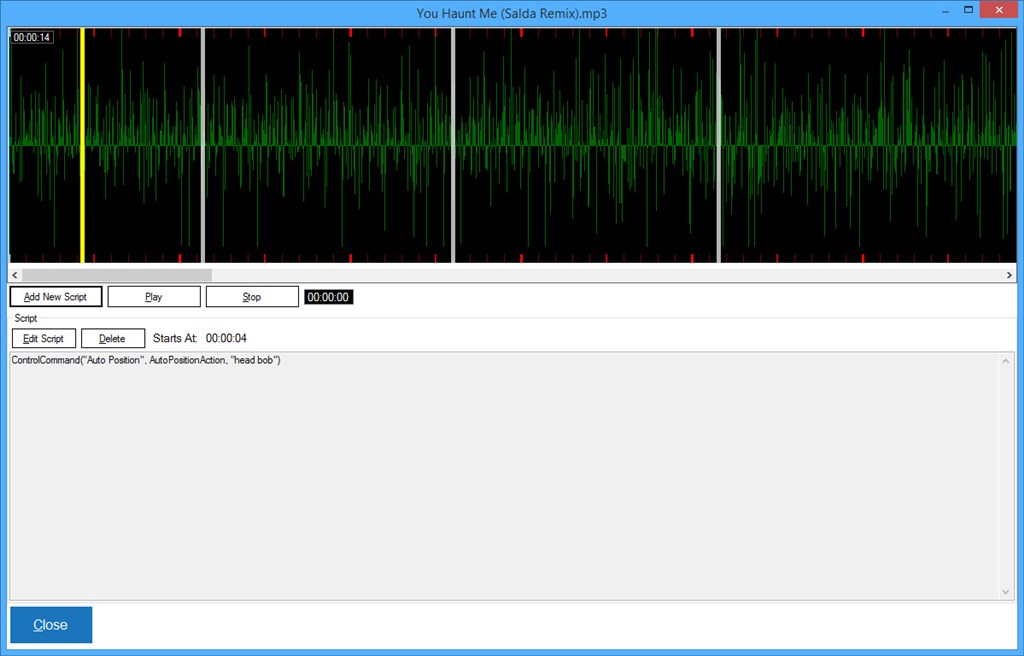 #4   Nov 2014
OMG. I was just wondering if there was a way to do this or how to write a script that would allow it. Nicely done again DJ!

It has been on the list for nearly 2 years... I've taken a dozen attempts at it... I just could not figure out how to implement it until two days ago. The original versions were using Servos only, and not scripts. The original concept was drawing lines that would become relative servo positions. The more I tried to do it that way, the uglier and more confusing the interface got - and that isn't right for ezrobot

So, after a usual stressful day of feeling dizzy with constant decision makings... I came home early for a change - and it popped into my head, this way to do it using EZ-Scripts and markers.

@DJ do you think you'll do this for (PC) sound board as well in the future?

#12   Nov 2014
Great inspirational moment DJ. It's amazing how/when these things come to you. And there you were all wiped out and exhausted from the day!