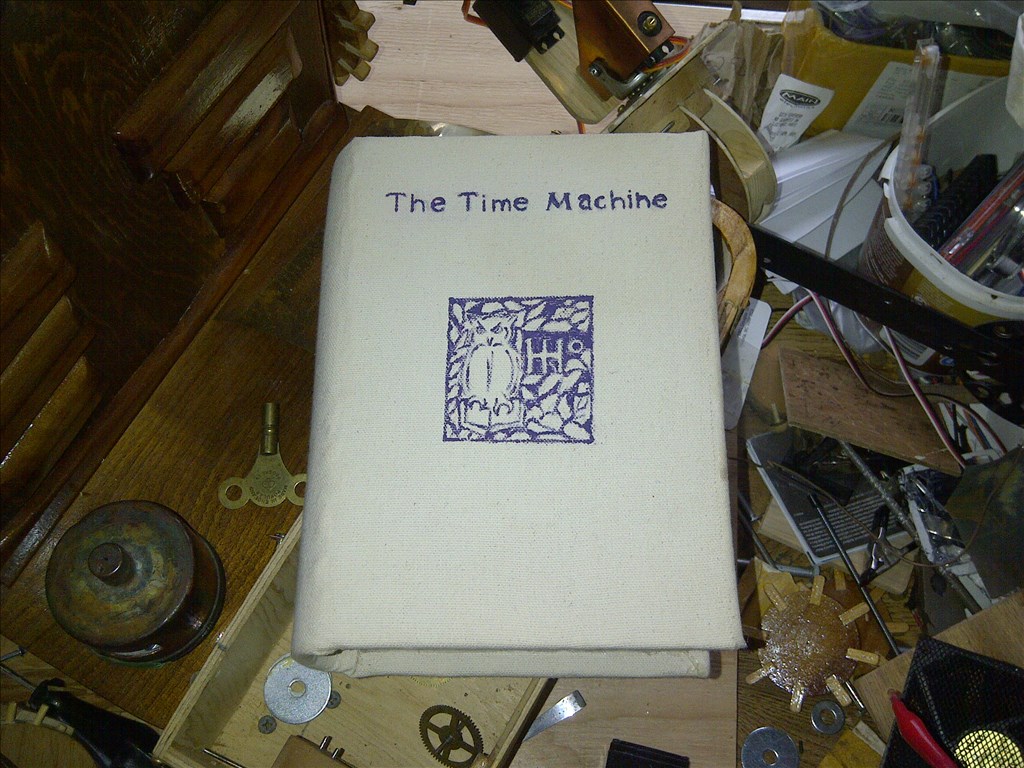 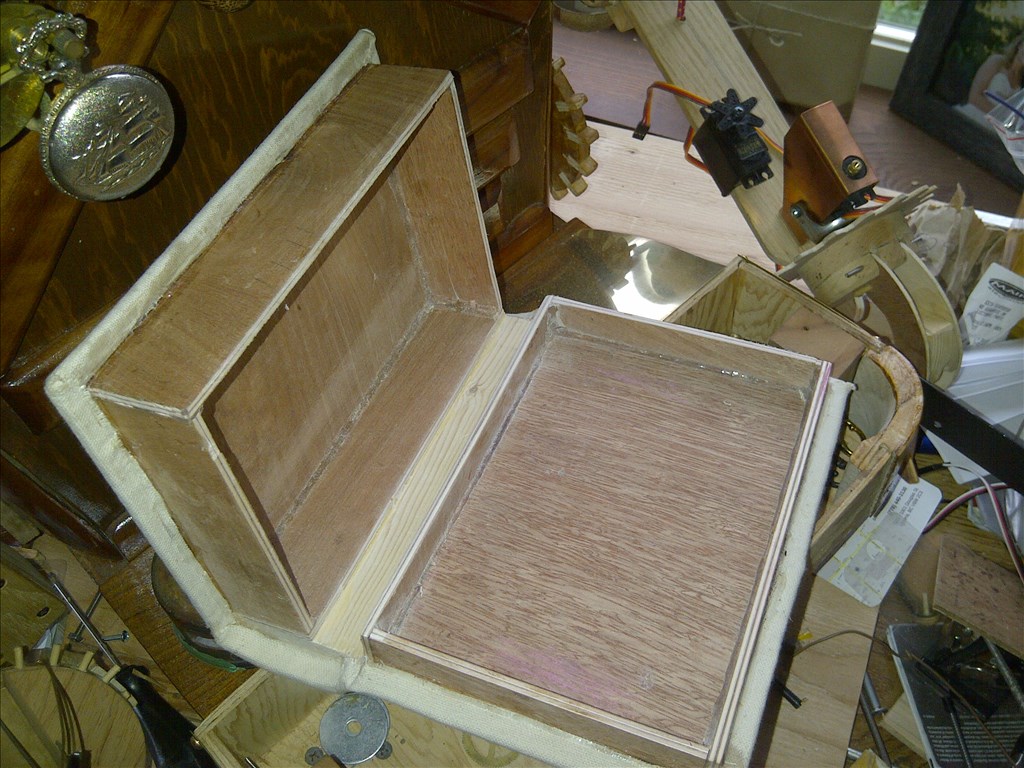 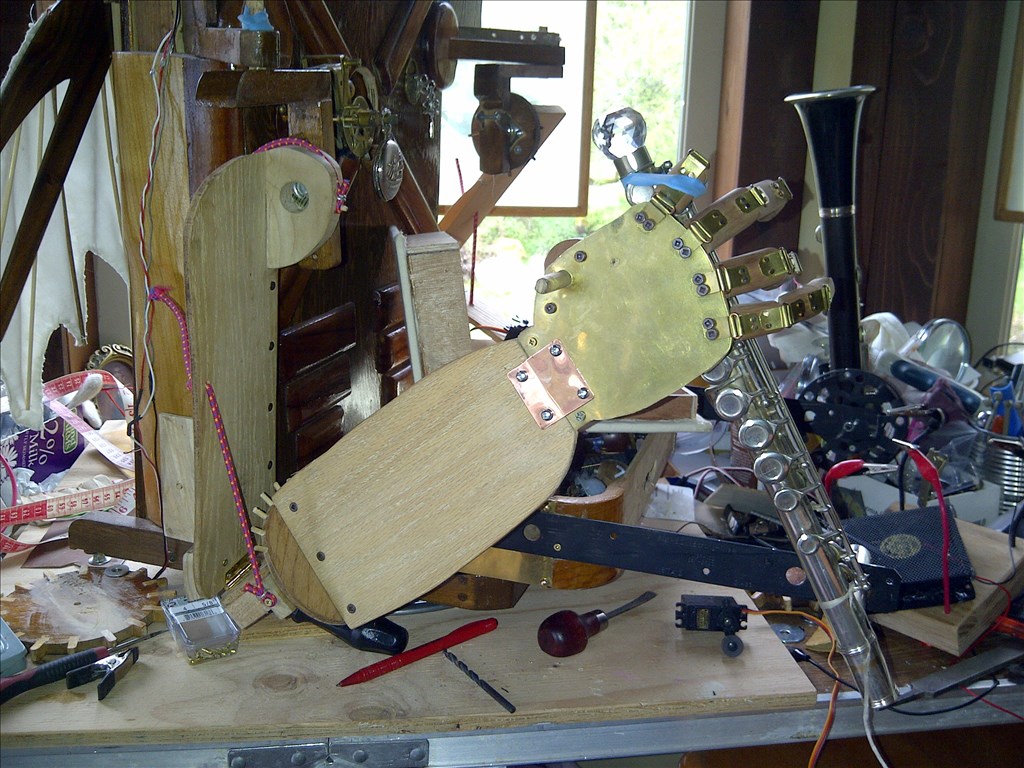 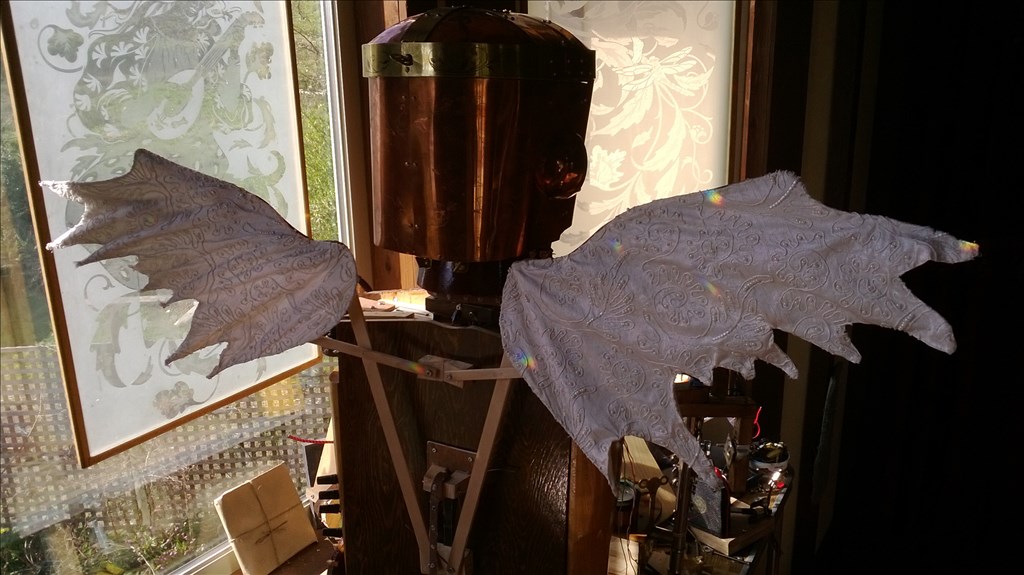 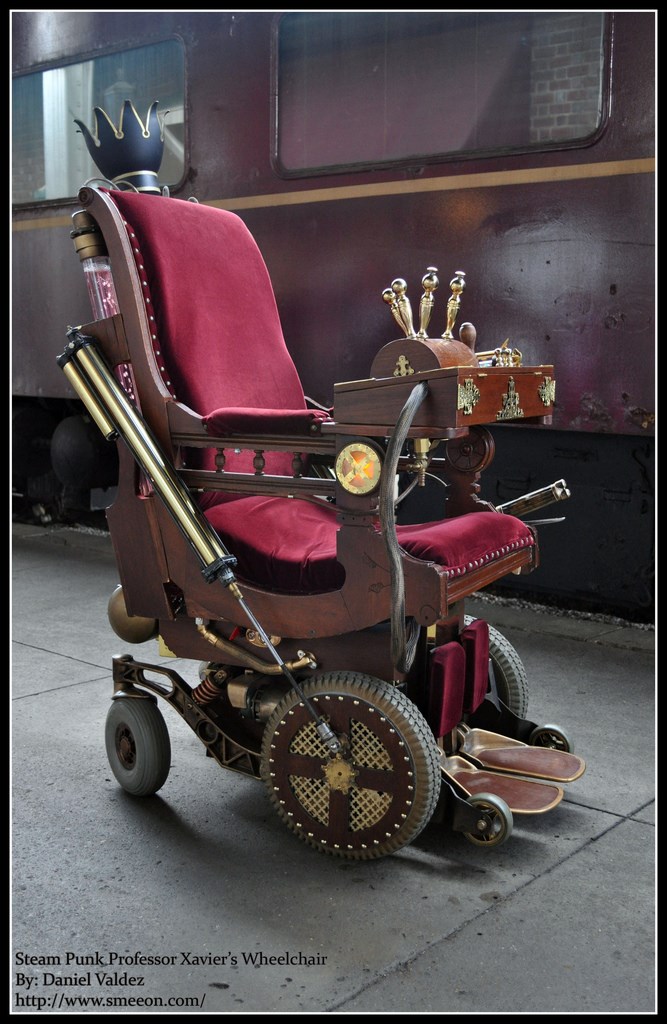 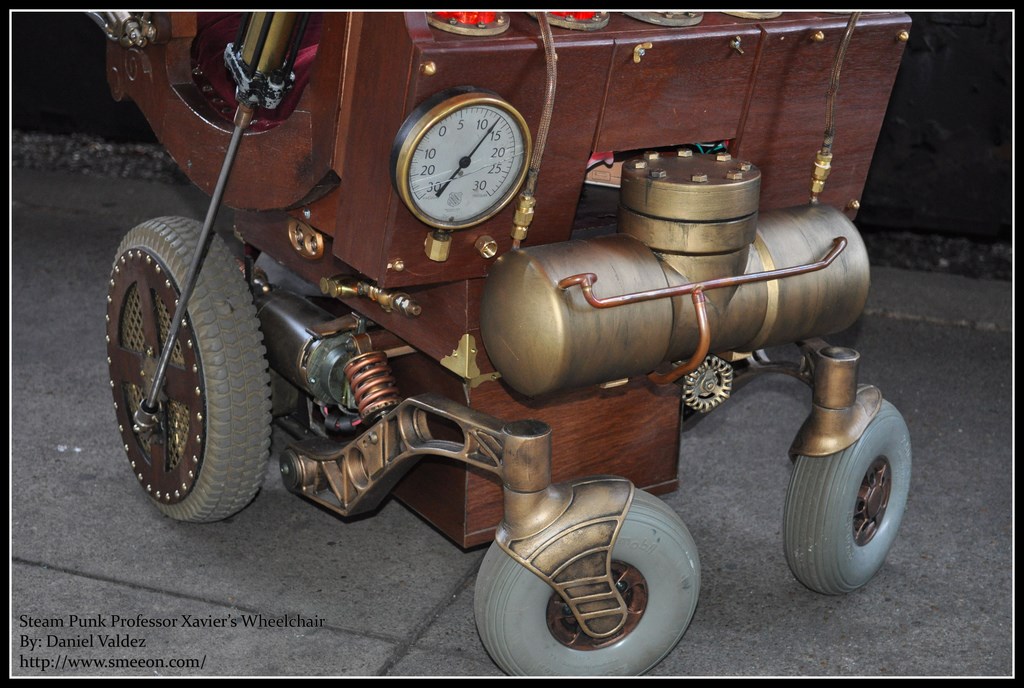 To the EZ Community, I have been off the Forum for awhile, furiously constructing FRED. The Forum can be a crazy good distraction but I needed to focus on putting something together to "showcase" . I'd like to thank ALL who use this Forum for inspiration and their generous contributions of scripts and progress reports! Of course DJ Sures passion and EZ Board/Programming is AMAZING.
This project started off as a heap of copper and brass from the local recycler and slowly transformed into something ..ummm ...unusual! A steampunk style robot head powered by a single (so far) EZ-B and DJ Sures powerful user friendly programming script. As everyone can see , FRED has become a combination of art and function. At this point I am now in the stage of testing the mechanics of all the moving parts which include the eye brows up and down, eyes LR,Up Down Eye Lids Up Down and the Jaw up and down.(syncronised with its voice). The head will also move up and down left and right, but I will require a couple of higher torque servos along the suggestion of JSterne's 240 oz/in as the head is weighing a lot! The EZ kit provided camera, will be placed inside the head just under the nose , I believe.. and will be used to follow the person in front of it! Once I get these servos all working smoothly I will post a VID to show things working together in combination with the Voice Recognition chat program. I mentioned on an earlier Post that the personality is based on 12 Zodiac signs each of which has 3 personality/threads(2 positive ,1 negative) for a total of 36 randomised threads. Within each thread at the end of a statement, FRED will ask a question and depending if I respond with a Yes, No, or Maybe FRED will continue a thread. For instance...FRED will say a paragraph of thread ending with "Tomorrow, can we go SAILING?" I will then respond with Yes sailing, no sailing or maybe sailing..to differentiate all the other yes , no and maybe answers. With a VR of 92 to 94 percent FRED will understand Yes sailing etc and continue the thread branching theoretically ...forever or until I say something to end that thread. Like a trained border collie, FRED will only respond to my voice at this level of technology. I hope this kinda makes sense! In time I will add other "steampunk" features, like a hand/arm operated lever to activate a "time machine". FRED"S platform will be surrounded by a "theater curtain which is part of the time machine. The scroll work I've added is themed on Jules Verne's 20,000 leagues, with a couple of nautilus/nautilii? on the top and an octopus on the back. I've also added a "treasure map" with a "Mysterious Island " ....Some of the pics have different colored eyes to easily change out for a change of personality as well. (The eyemaking was a whole different story which I dont want to elaborate on at this time).......Anyways thats mostly it for now, but I ve got a lot of Forum catching up to do...........Happy boting ...Glen 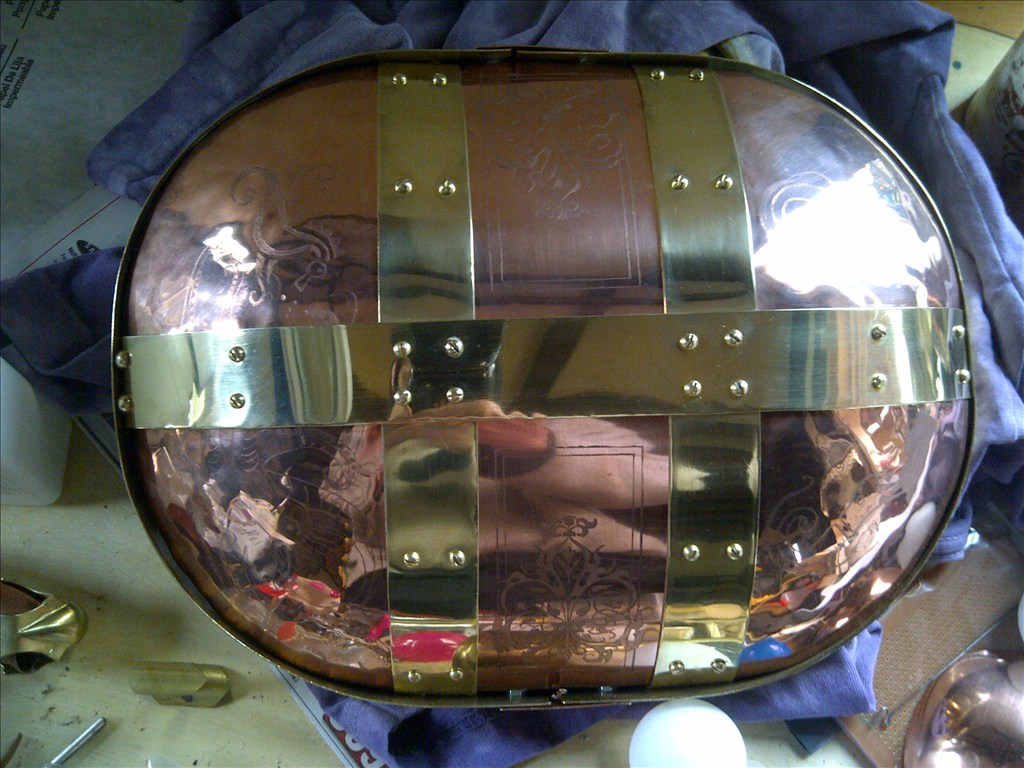 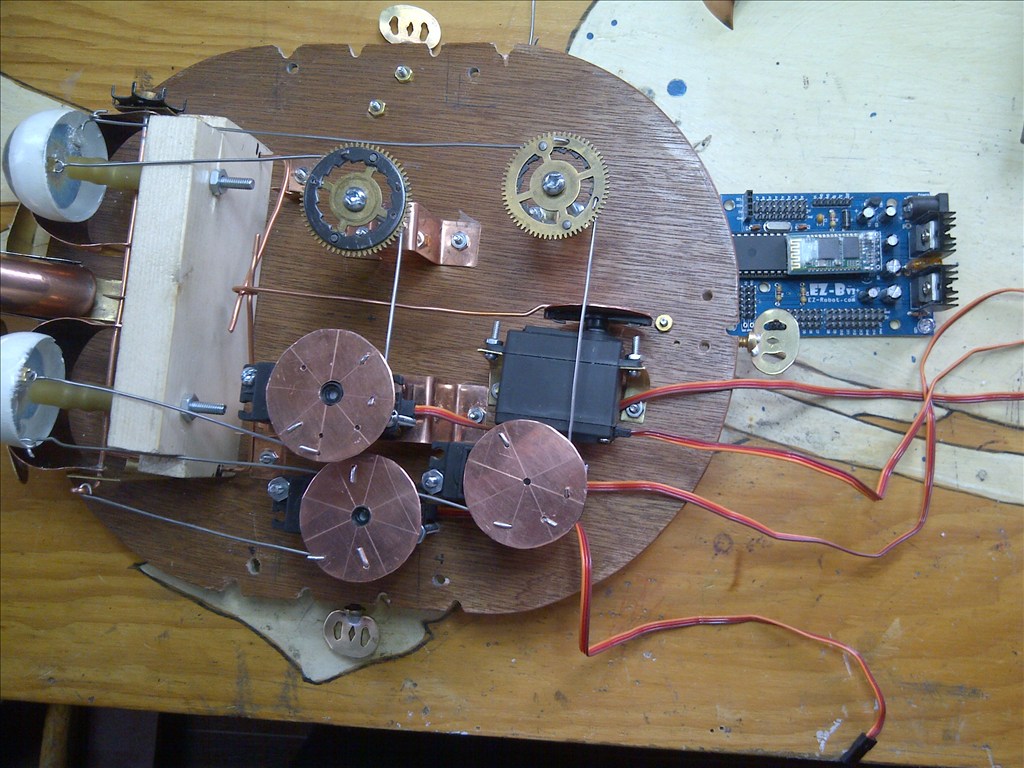 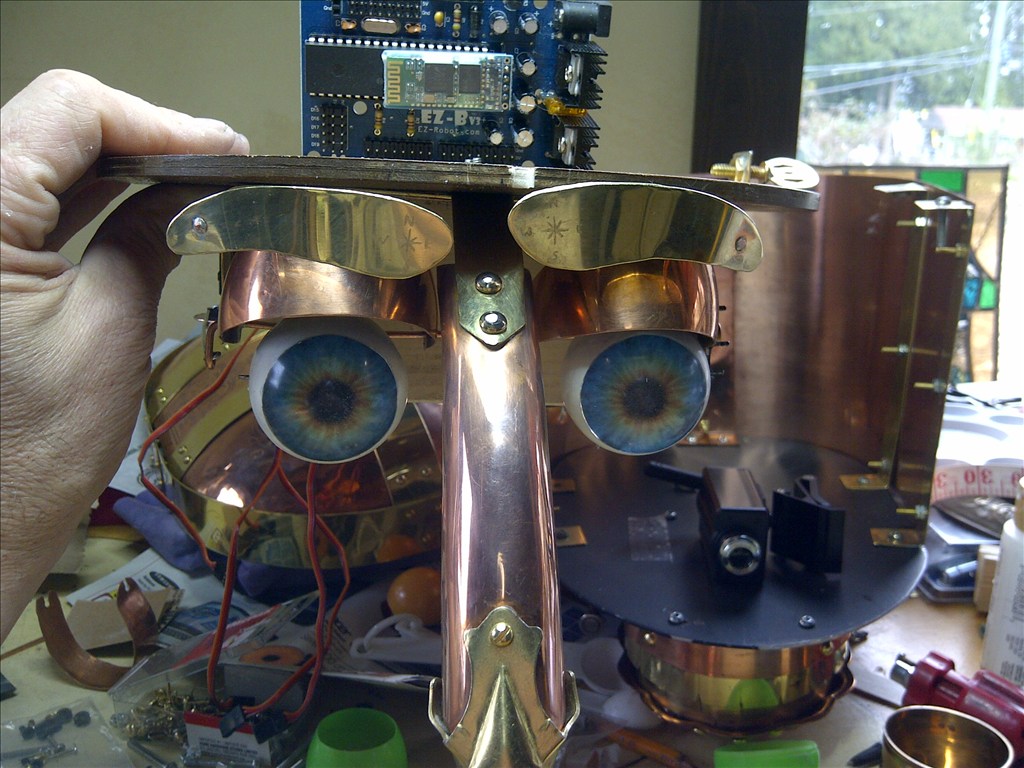 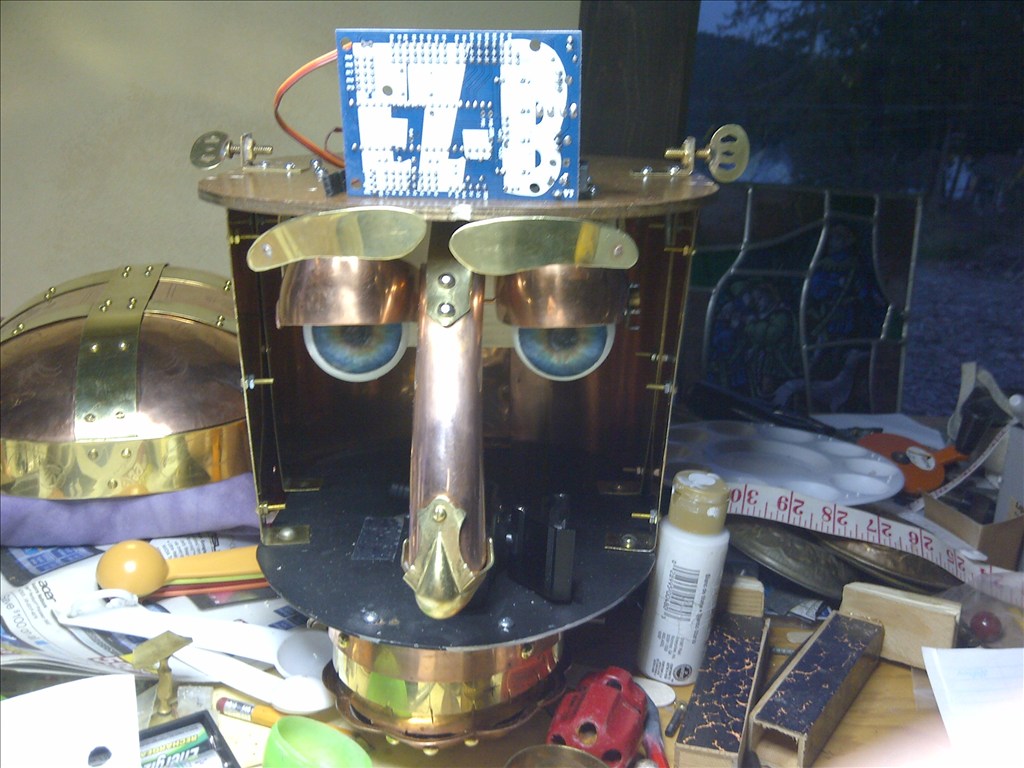 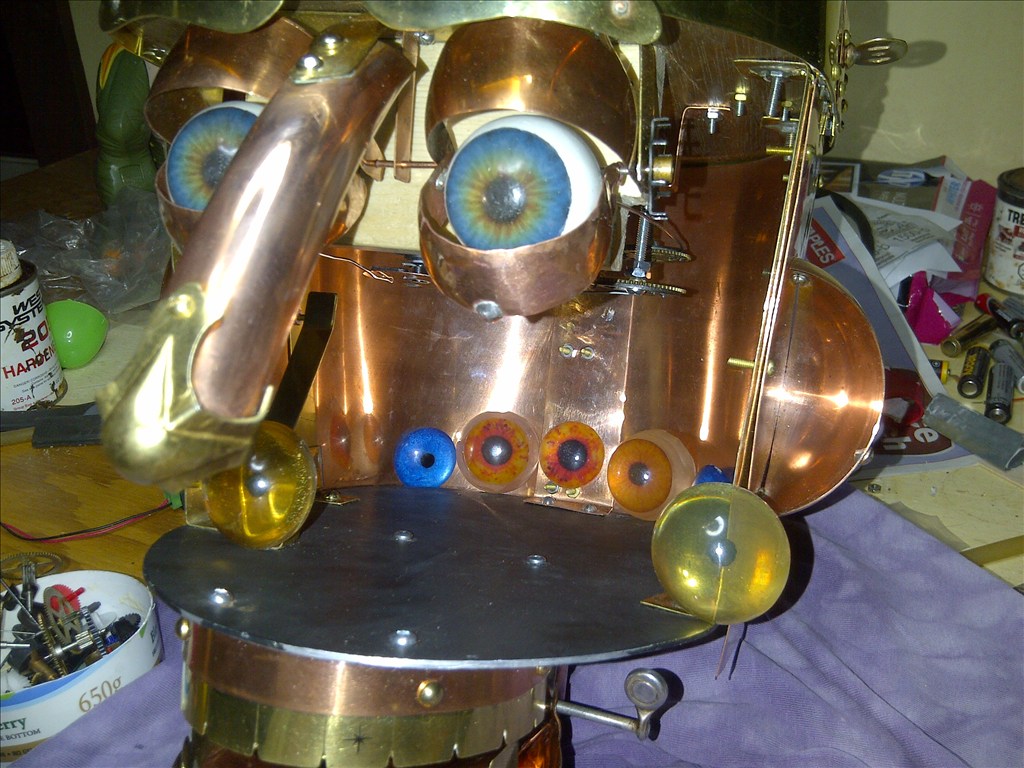 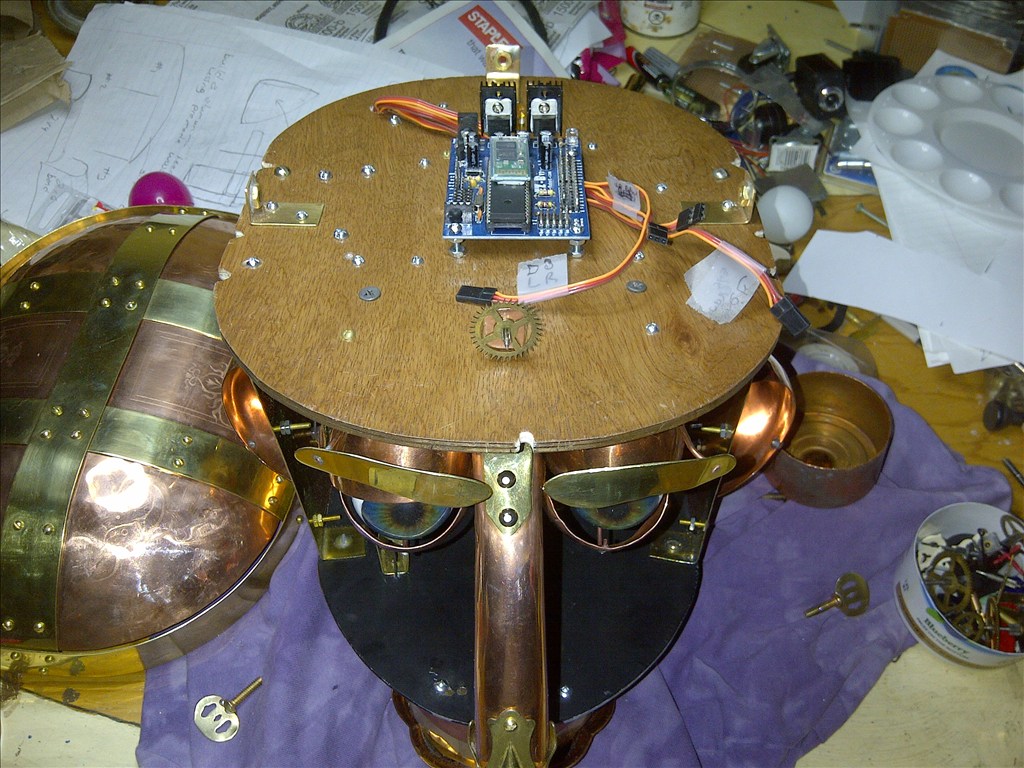 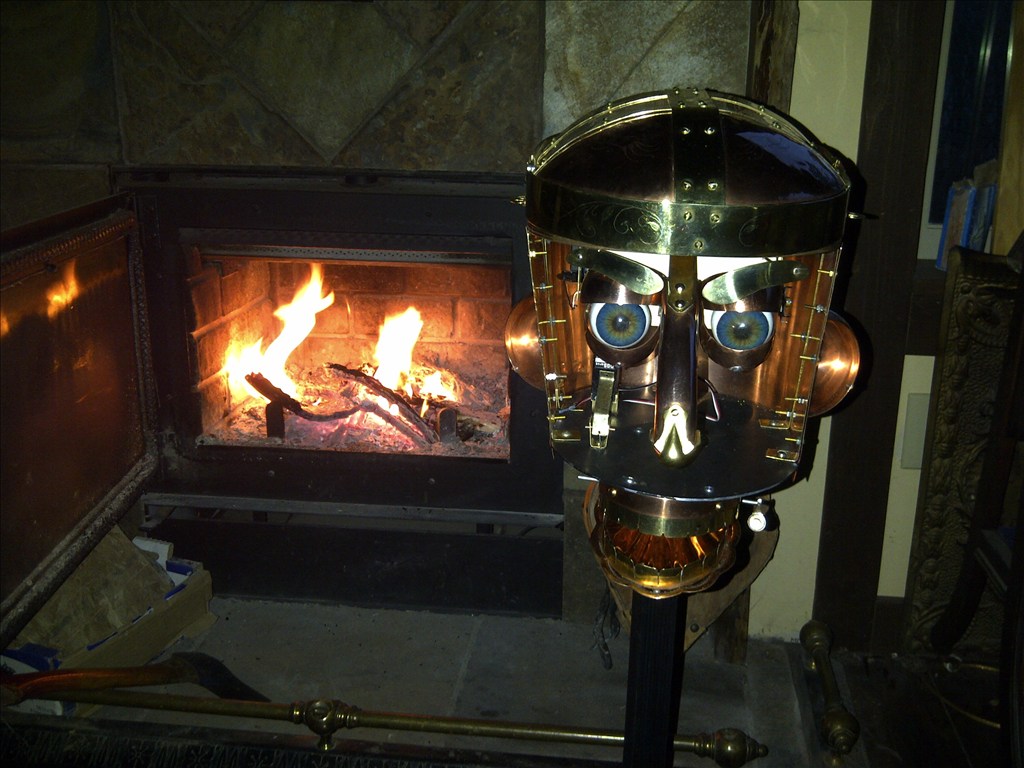 Any progress on the Steempunk Robot?

Summer is coming. I hear Canadian summers are short. You should be enjoying the warm weather instead of robot building. Hope you did a little over the winter.

irobot58
Canada
#36   Mar 2015
Good to hear from you Dave! I have been lurking the Community Chat and its good to see everyone still contributing not only with their most generous knowledge but great community input ( 99 percent anyways) Where I live, Spring started in February ! I have had some life issues over the winter but with the inspiring works and energies on this site I have got the passion back again and will get some robotics renewed! I am joyful to see your B9 getting some arm action....I knew it was only a matter of time

.....You will definitely see and hear more from me

MovieMaker
USA
#37   Mar 2015
How about making this robot into a Full Blown Humanoid? With your talent, it should not be too hard.

irobot58
Canada
#39   Mar 2015
@Moviemaker thank you for your appreciation ! as FRED is a steampunk demidroid my plan is to build a vintage wheelchair and be able to get him around that way as well! @ Richard R , it HAS been a very mild winter here on Salt Spring Island , West Coast with only one light snowfall in November. and yeah Richard I "get" you humour and Forum presence

Please don't damper it too much

The joy of this Forum is the eclectic robots and their owners/builders!

I think WE all resemble that remark with the best of intentions.

J.I.R Kintobor
USA
#40   Jun 2015
dude i love the steampunk robot idea, it is truely amasing. lol now if only they would have thought of making a steam powered robot in the 1880's were would things be now, i dont know but, its awsome
Login to post a comment 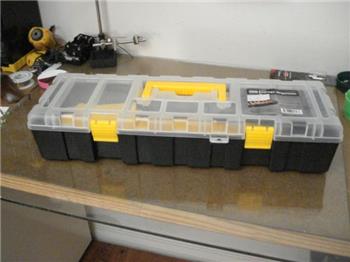 Robotz012248's My Desktop Trio Of Robots

I've managed to finish another project. These are my desktop robots. I'm going to try to shoot a video of them in action... 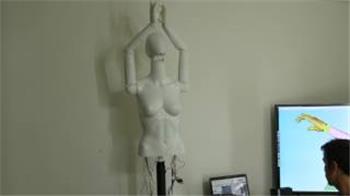 This is Eve. What do you guys think so far? 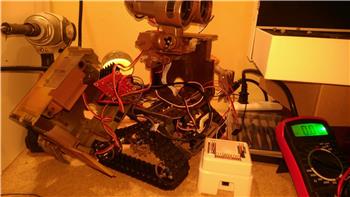 Chiefavc's My Recent Projects After Getting My 3 Dev Kits