This is a pretty big release update, as it includes a significant rewrite of the EZ-Script parser. I've ran a kabazillion use-case tests, which means it should be okay. If not, let me know what experiences you have

For example, you can do some pretty bizarre things with escape characters now...

Secondly, there's a re-write for continuous rotation servos to include speed control. This means your Continuous rotation Movement Panel will be slightly different, now including two speed dials for each wheel.

The mobile interface includes a joystick and servo pad as well, which won't be viewable on your mobile devices until both Android and iOS have been approved by the respective AppStores (1 or 2 days) 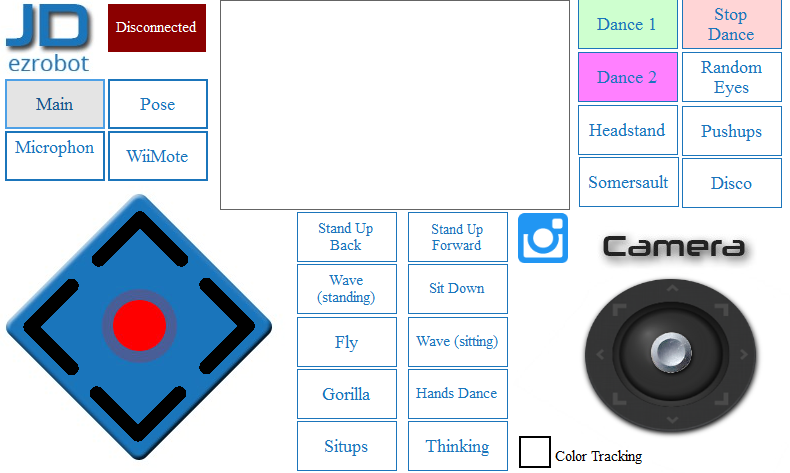 - fix Parenthesis in string error. If a string contained something like "Hello(" it would return an error because the parser thought Hello( was to be a function

- New EZ-Script command: MAP() which will make an input value to a specific range

mecizeldec
Canada
#1   Nov 2016
That's what I'm talking about!
Analog sticks, and some pretty serious code interface. I am impressed!

#2   Nov 2016
It works great! I've been playing with Roli and AdventureBot using their new apps that have the new analog joystick. Pretty slick.

The iOS and Android apps have both been submitted for approval. Now we wait... it can take 1-2 days (although we've seen 3-5). At that point, i'll update the apps for JD, Six, Roli, and AdventureBot in the AppStore.

PhG
Belgium
#3   Nov 2016
Waw, I'm excited to find out about the joysticks. I'll run a few tests during the coming Chrismas holidays, not as many a kabazillion, just a few will be enough I guess.

If you have trouble installing it, uninstall the version on your phone and re-install. I had an issue, but it may be related to a problem I am having with my phone that I know I can fix with a factory reset, just delaying it until I have a day to re-install and re-configure all of my apps.

#8   Nov 2016
Okay - mobile software has been updated on respective Android and iOS stores. The projects have been updated and so has this latest ARC. Everything should be in sync if you have updated all devices 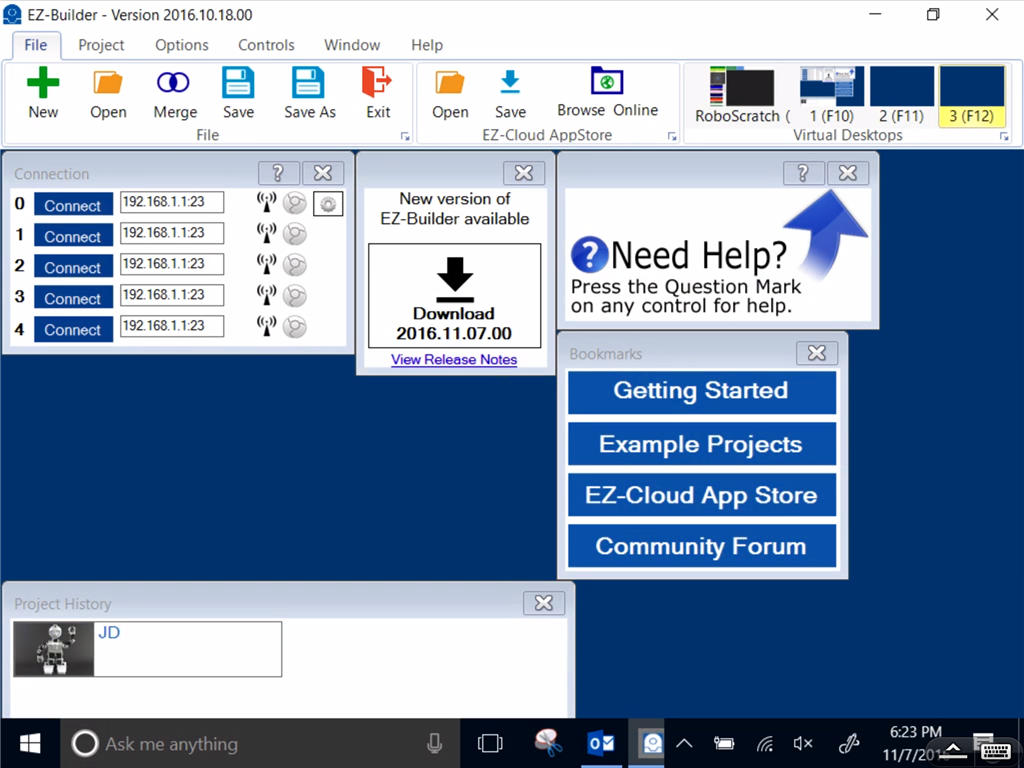 #10   Jan 2017
@DJ Sures
Thanks for the analog joystick feature on Mobile. Makes driving my Adventure Bot a lot more smooth.

Not a complaint, I just want to clarify

You can choose how to incorporate speed control in your code and get the current speed using the available functions..

GetSpeedLeft( )
Returns the global Movement Speed value of Left wheel
Speed is between 0 and 255
The speed can be viewed in the Script Variable Viewer
Example: $x = GetSpeedLeft()

GetSpeedRight( )
Returns the global Movement Speed value of Right wheel
Speed is between 0 and 255
The speed can be viewed in the Script Variable Viewer
Example: $x = GetSpeedRight()