Has anyone ele experienced this recently? The current version of EZB software will not start until I have an internet connection first. Its suppose to run on it own correct? This started to happen after I downloaded the latest nd greatest version, 2019.05.08.00
How can I fix this ?
Thanks...

otherwise when I am in the city at home, all is good

shut off or limit your anti virus

RoboHappy
PRO
USA
#2   Oct 2019
Thanks. I have WIndows 10. Im only using the buuilt in WIndows Defender, which I am still tryin to fi outhow to turn off. Its annoying. I did not have this prpoblem with the previous EZB version.

It is most of the time the anti virus

We've noticed that a bit ago and have a fix for it - we have ARC being re-written for a huge update which makes little tweaks like this challenging:). I'll release something this week to fix that

I understand there are a lot of posts about antivirus issues, but is important to remember Antivirus exist to protect the computers/users, telling someone to switch off the antivirus is a not a good advice and can lead to other problems: virus or malware infections.

There is some FUD ( https://en.wikipedia.org/wiki/Fear,_uncertainty,_and_doubt ) about the Antivirus and the ARC.

Before jumping in is important to understand the causes:

1) ASFAIK the interference happens when ARC tries to connect to EZ-B controller more specifically when you press "Connect" button on  ARC connections panel. It's not the case of RoboHappy or ROB so why blame the antivirus ?

2) Why the Antivirus interferes with a ARC connection to the EZ-B ?
EZBv4 uses port 23 and port 24 those ports are Privileged ports:
https://www.w3.org/Daemon/User/Installation/PrivilegedPorts.html

The TCP/IP port numbers below 1024 are special in that normal users are not allowed to run servers on them. This is a security feaure,"

It was a poor choice from EZ-Robots to pick those ports, and although is possible and easy to change the ports in the EZB controller web page and use them in ARC: 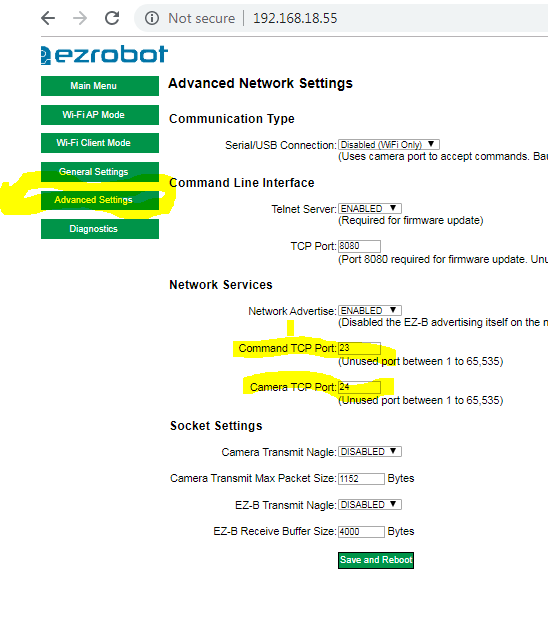 Note: The above options are only available in the EZB4 v2 (new wifi chipset/firmware)

no one so far advocates that improvement, so it's easy to blame Antivirus and Malware protection tools.

Most antivirus and firewall tools monitor the standard protocols e.g. FTP (21) Web (80) SMTP (25) using application filters so when an application initiates a connection, the security tool tries to anticipate a malicious connection e.g. a rogue program trying to download, upload, send emails, etc to a remote target computer and if something seems weird the connection is dropped/blocked, delayed or quarentined.

So guess who uses the 23 Port too ? A well know standard service called Telnet:
https://en.wikipedia.org/wiki/Telnet

1) what telnet does ? Provides a virtual terminal to a remote machine using a user and password, why is a big deal ? Because if you are infected with a malware it can be used to brute force users/password on a remote computer using an innocent victim's computer.

2) is EZBv4 a Telnet server ? No EZBv4 uses a custom protocol created by EZ-Robot and by default uses port 23.... another red flag so the Security tool e.g. Antivirus sees some traffic going to a telnet server (EZB) tries to understand what's going on ... and is not a telnet protocol .... decides to block/terminate the connection, why ? because another type of attack called DOS:
https://en.wikipedia.org/wiki/Denial-of-service_attack
There are several ways to inflict a DOS attack one of them is to send unexpected data to bring the server down or to get control via computer application corruption/code injection.

1) Identify the problem
2) Understand the problem
3) Learn about the problem, ask questions, question the existing solutions.
4) Fix the problem at the source.

I prefer to use different ports versus disabling the Antivirus, and cripple the windows security tools.

RoboHappy
PRO
USA
#5   Oct 2019
Thnks guys, But is there a fix for it? maybe I missed it? Any ise if/when  the next version of EZb will be due out? I will try to disable the AV and see if that fixes things for now. Let ya know if it did

#7   Oct 2019
i agree with ptp .dont disable  your anti virus.if i download a program then norton pops up and ask.
do you want this ptogram to run on your pc.i click yes.done.
i never had any problems with norton.i thought using API mode is your robot will be your internet,and you cant use the internet same time.
in wifi mode you need internet accses.

#12   Nov 2019
Beta contains the fix. We haven’t moved beta to stable yet. It’ll be another week or two as we work out the kinks in the upgraded engine