If that voice/vision wasn't telling me how to make EZ-Robot any better, then I would be alarmed.

This release increases the response of the camera control with the EZ-Robot Wireless Camera. It also decreases the CPU usage! A few new features have been added, including an adjustable framerate. The underlying Control framework has been rewritten, thanks to a lengthy plane ride today.

I hope you enjoy these new enhancements

- Windows 8 fix with closing some controls on slower AMD processors

- JPEG Streaming bug fix in Camera Control when viewing an image by an HTTP:// source

- Another attempt at preventing controls from creeping on low resolution displays 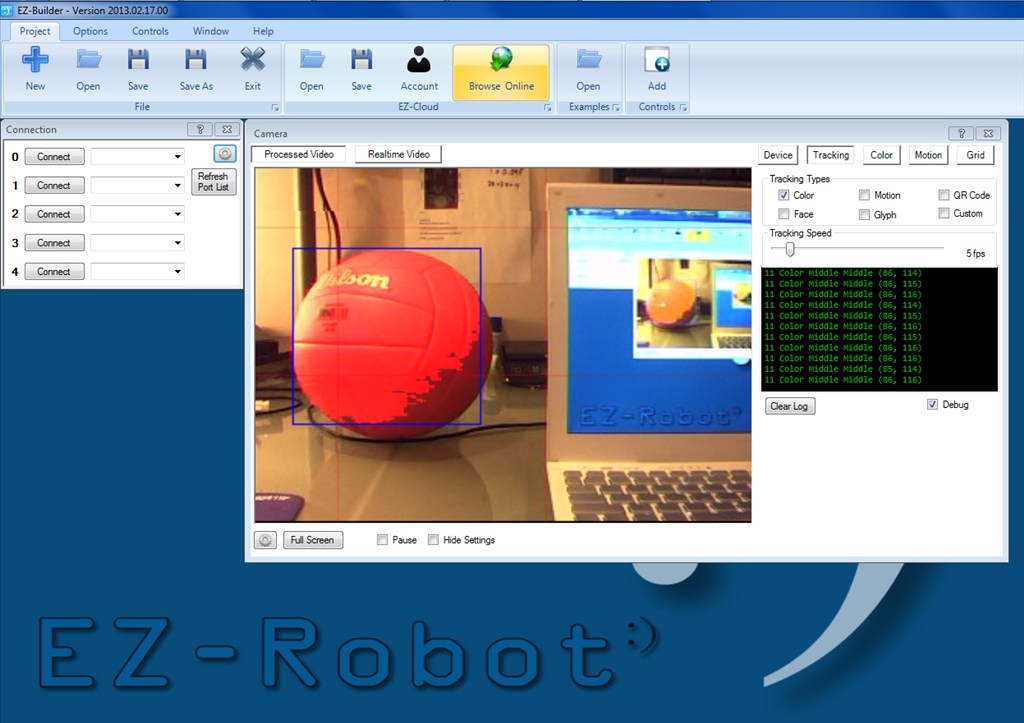 As always you're a legend.

But, what happened to this one?

1) moves servos based on the volume of the sound

Now what you are asking for is a new control that...


I understand, it will be in the next release

#3   Feb 2013
-Another attempt at preventing controls from creeping on low resolution displays-
Thanks for your continued work on trying to fix this. It's a real pain.

As always, thanks for all your hard work.

Dschulpius, when you specify the Sleep() command for say 28ms, the old version may have only slept for 25 or 32 ms (depends on the system). This is because I try to use very little resources. ARC would not be able to run on your computers without the creative optimizations i had done in the supporting framework. The reason ARC runs with very low memory and fast response time (even on slow computers) is due to everything being written from scratch with very optimized functions.

Mel on #3 you can do that with a simple circuit added to EZB,
THERE was a project made for that and very simple to adapt to EZB analog inputs and make a script for it too
Really all 3 can use the same circuit design too

ITS sound to analog circuit is what you need,plus a script

robotmaker
USA
#9   Feb 2013
MEL on the sound sensor ,one by parallax only can pick up one sound with a digital output

I guess thats another sensor i will buy,since i love sensors,and have a house full of them
Login to post a comment