Get ARC
Do you have a RoboSapien toy kicking around? Time to do something awesome with it! This EZ-Robot release implements a few new awesomeness! Yeah, "awesomeness" is a word. With the new firmware update from this release, you may now follow our tutorial video and control your RoboSapien v1 and v2.

This release also implements a long over due feature for file associations. The .EZB files are now associated with EZ-Builder, this also includes downloadable internet files too. When you are on the community forum, and someone has pasted an EZB file, you can click and select OPEN. The file will be openned into ARC directly. Also, you can double-click any EZB file on your drive and open EZ-Builder.

Your user profile does not seem to have permission. If you are not the administrator of that computer, ask for speech recognition permission. Otherwise, your account is limited.

PJ_Dtechy
USA
#33   Apr 2013
I am currently using the robosapien v1, how can I send command to the EZ-B for the arms and finger movements?

#34   Apr 2013
@pjdatechy please make a new topic or post in one which is relevant, you will find that you'll receive more help that way.

All robosapien commands are in the script manual. Add an EZ-Script control and look in the right hand panel of the configuration/script dialogue, every command is listed.

wajih_sethi
Belgium
#35   Apr 2013
Hey
thx for the glyph pdf
DJ did with the omnibot with a bal when the omnobot sees the ball he says with the command or script Say(I see the ball)
can this work on the Robosapien
and for glyph picture first you upload it i did and you have also glyps script
glyph 1: Robosapien(walking forward)
maybe its wrong or you need to write something else to move the robosapien

gennio
Brazil
#36   Jul 2013
Hello! I wonder how you connected the camera on the robot and made it move using qrcode.
you have a tutorial on using the camera robosapien? *stress*

rowdyjoe
USA
#37   Jan 2014
Hello to the group. I'm a total newbie to robotics but, have RC experience with airplanes, helicopters, and cars. When I'm not building, repairing, or flying my planes, I scour the internet for interesting stuff. I'm fully retired (yee haww ...as we say in Texas) and there are days when I "need" something to do.
I have recently discovered and become fascinated with the E-Z Robot site and systems offered. I'm particularly interested in the mods/hacks DJ has done to the commercial "toy" robots and in particular the Wow Wee brand of bots. I am very excited about the Robosapien mods, both versions, and am currently scouring the web for the right bot at the right price.
I'm strongly drawn to the V2 because of it's interactivity. The wiring issues with the V2 worry me. Is there a mod to enable the V1 to use the vocalizations of the V2? If so, that would make my decision very easy.
I'm looking forward to this project and the challenge it presents. Today a Robosapien, tomorrow ...who knows?

irobot58
Canada
#38   Jan 2014
Welcome rowdyjoe! and happy retirement. You will find lots of great community and support here at EZB! Good timing on the Robosapien V2 topic. A friend of mine just gave me a robosapian V2 he acquired from a garage sale and everything works perfectly......but first things first is to review ALL the support videos and go from there!

rowdyjoe
USA
#39   Jan 2014
irobot58
Thanks for the welcome. Congrats on your V2. I'm still scouring for a decent unit at a decent price but, I did snag a V1 a few minutes ago from ebay. Now the fun begins. I need to scrounge up enough dough from my piggy bank to buy the EZb, etc. I should have the V1 in about a week and can hardly wait.

BTW ...I am happy in retirement but, my wife thinks I'm too happy sometimes.

rowdyjoe
USA
#40   Jan 2014
Ahhhhhhh ! I just discovered that ARC requires Win. 7 or 8 and I'm still running Vista. Is there an older version I can download and use? I hate to change OS because Vista is really working well for me.

Vista has issues in itself which cause issues using ARC. There are some older versions (12 months old or so) which can run on XP and Vista however you lose a lot of functions, may include some bugs and are unsupported. They are not available to download from here, your only saviour would be if a member has a copy.

Actually, it's been a solid OS for me from the beginning.
I was afraid the answer you gave was the answer I would get. Guess I'd better start looking for an upgrade.

Dunning-Kruger
Canada
#43   Jan 2014
Computers a dirt cheap now days... Just bite the bullet and get yourself a used Win7 machine...

rowdyjoe
USA
#44   Jan 2014
That's a good idea. Maybe I could find a laptop so I won't be tied down to a fixed position.
Win. 7 is still available for purchase and if I can find a reasonably priced "upgrade" I won't have to reformat and reinstall everything on this machine.
I just went through that when this computer crashed during a lightening storm. Power flickered on and off faster than I could hit the off switch and it scrambled my OS. The remedy was a complete reinstall. Ugh.

#46   Jan 2014
In regards to the RoboSapien, I opened mine up today and my board has the ground and IR in the right spots but mine is labeled IR-Out. Is that the right one? I'm just asking because I think it would be an IR Receive (or something) since it's receiving commands from the ezb. Could someone clear this up for me? Also, is he soldering the pads or the pins in the video?

And my power switch has a slightly different board. I'm geussing possitive would go to the Vcc but where should I solder the negative? There's an In, Out, Vcc, 2x Fr, and one (bottom left in the pic) that isn't labled unless that's another In? 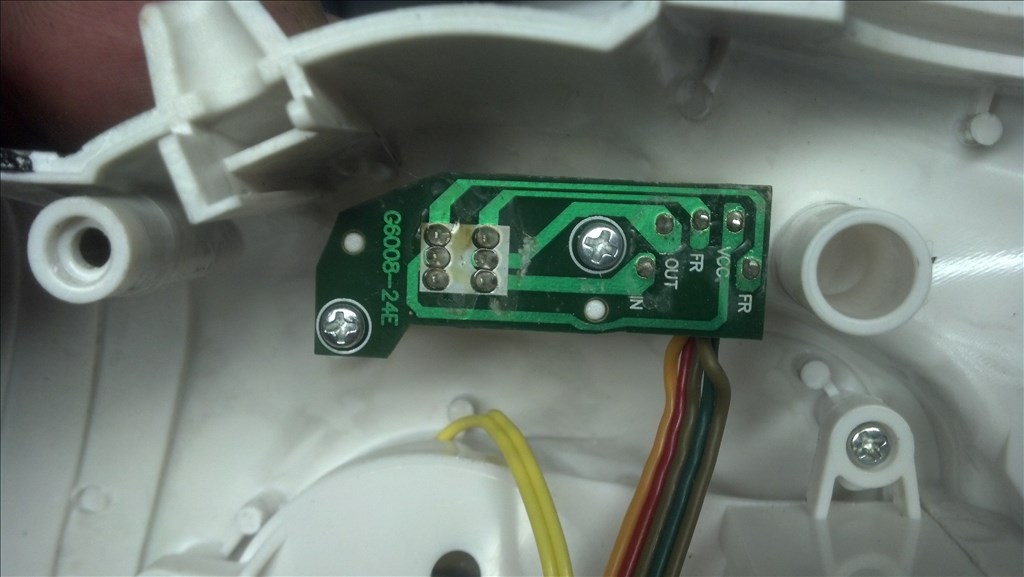 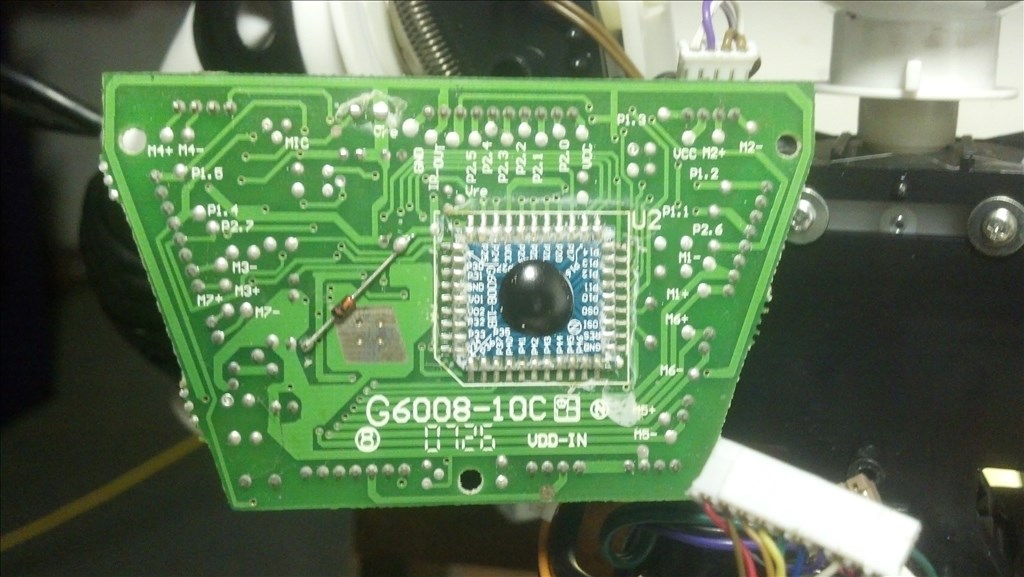 I'm just not sure what one to use. I know the Black circle is Gnd but would I solder my other wire to the Red, Yellow or Blue circle? 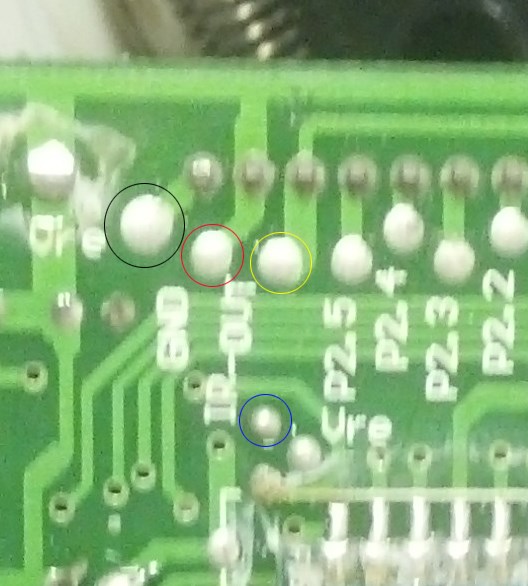