This tutorial will guide you through how to set up and use the "Soundboard" controls to give your robot the ability to have sound effects and play music without any additional hardware. This tutorial will explain the various soundboard controls, what they do, and will give a couple of examples that you can play with.

By Synthiam
The script skill is very versatile; it can interact with...

By Synthiam
This soundboard will play audio files through the EZ-B v4...

By Synthiam
This Soundboard will play MP3 or WAV files out of the...

In EZ-Builder, there are two soundboard controls. The two controls are a bit different from each other , but there is one major difference between the two...

Soundboard (PC): This plays any audio files stored in this control through your computers speakers.

Soundboard (EZB): This will send and play any audio files stored in this control through your EZ-B v4's built in speaker. The name of the Soundboard for the EZ-B v4 in the menu is referred to as (EZB), but the control will have the default name (V4). 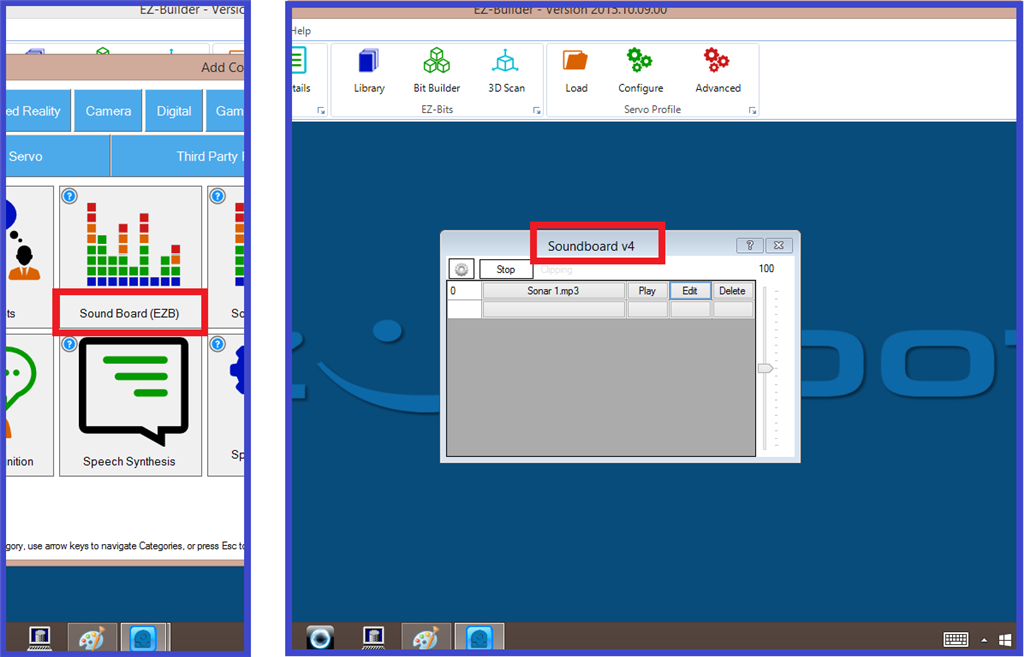 So lets have a look at the control options.

When a soundboard is added to your project, you will see a few options which have been colour coded for this tutorial. First, the Soundboard (PC). 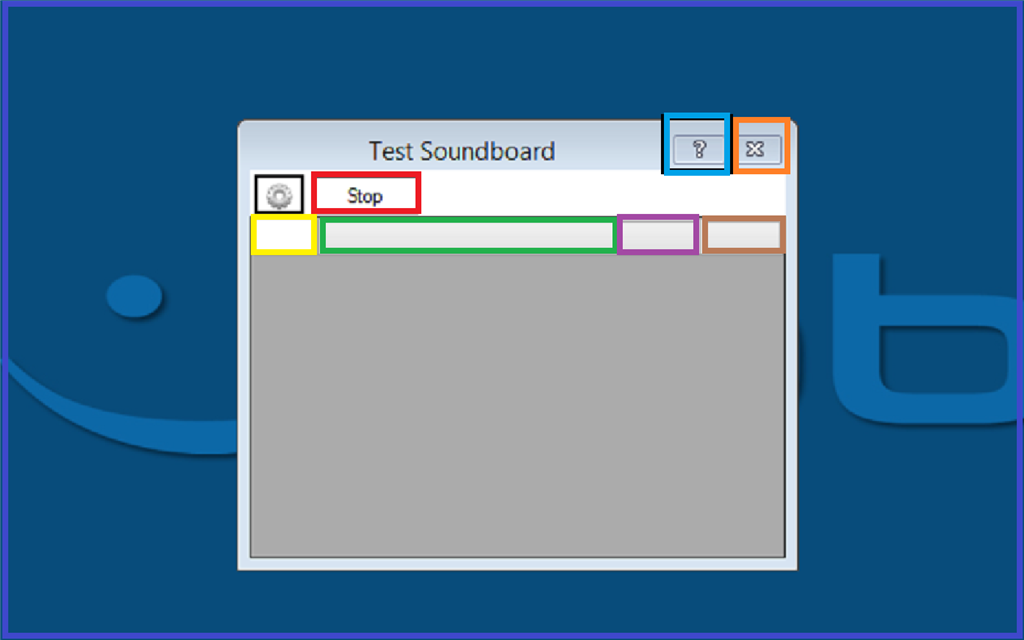 Yellow: This is where the track number will be shown.

Blue: Takes you to the help section.

Orange: Deletes the control. (NOTE: If you have soundboard control commands in any scripts, it's advisable to remove these when you delete the soundboard).

On the "Soundboard v4" control, you will see couple of extra options... 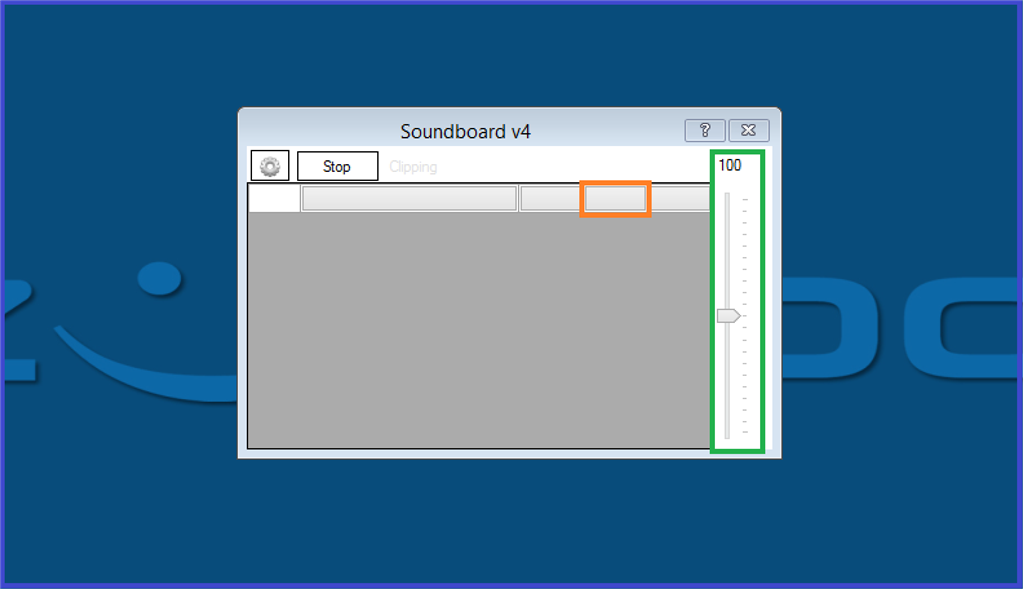 Green: This is the volume control slider for the "Soundboard v4" control. 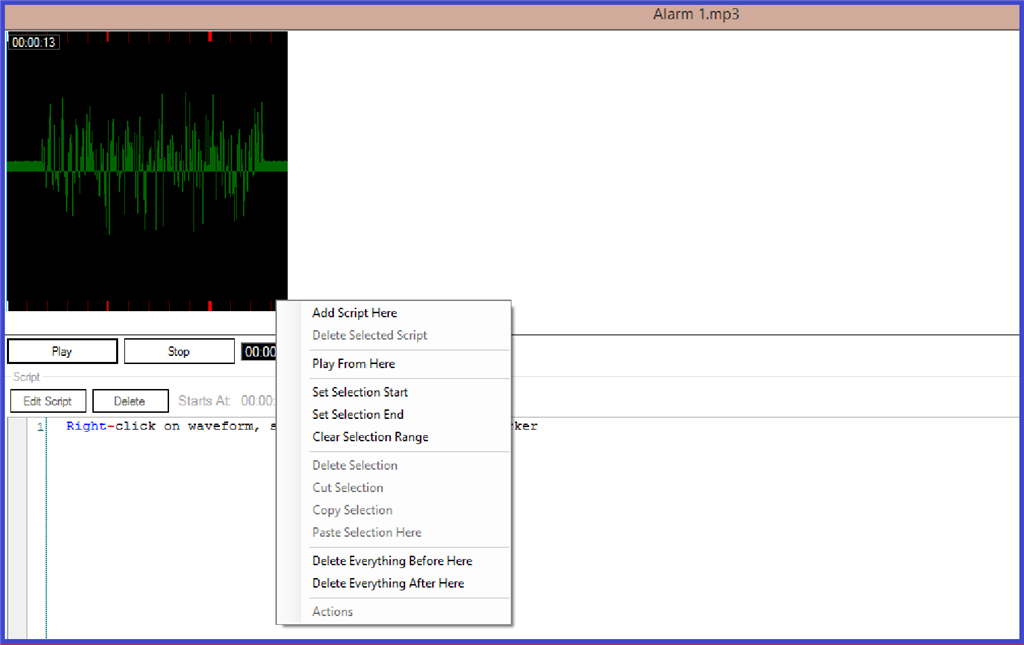 Also, on both the (PC) and (V4) soundboards, by hovering the mouse pointer over the edge of the controls and holding down the left mouse button, you can resize the controls to a size of your choice.

Having a large control is great for editing the control and adding tracks.

Where as having it small is great if you play the sound files from scripts as this makes more room on your EZ Builder project windows to add other controls.

Next, we will set up a soundboard and add a track to it.