This was an exciting project that DJ Sures had been planning for weeks. He purchased the Tomy Omnibot off Ebay and started hacking it within hours from the post office.
He modified the robot by fitting servos for arms, servo for rotating the head, a wireless camera, voice synthesis, voice recognition, facial recognition, autonomous and a bunch more! There are many more features planned for Omnibot in the future. Many of DJ's tutorial videos include Omnibot, so keep your eye out.

Description:
I bought this original 1980's Tomy Omnibot from EBay. While I waited for it to arrive, I planned out what I was going to do with it.

Well, it arrived yesterday! So I jumped right at it...

I took it apart and washed it in the dishwasher. It had a lot of dirt from the previous owner. It was rather disgusting, actually.

Once it was clean, I painted it white with plastic paint and primer.

Then I started hacking away at it; adding new features. I added servos for the arms, so they can move now. I also made the head rotate left to right with a servo. I then added a wireless camera between its eyes (looks like a nose lol). I put a wireless microphone in its chest. I used a dual HBridge to control the standard motor and gear-set.

The hardware robot controller is the EZ-B. I used a bit of ARC for some of the demo, and the rest is a C# .Net application that uses the EZ-SDK. The C# application is available on this page and demonstrates my 2D Autonomous Mapping Concept. Watch in the third video has he navigates down hallways and through doors using his environmental mapping algorithms.

His object avoidance and environmental understanding uses a servo sweeping ultrasonic HC-SR04 distance sensor. The sensor sweeps from side to side as he autonomously explores. The data is collected from each data point and analyzed at the end of each sweep. The algorythm evaluates the data and determines how to avoid walls and objects without stopping and bouncing off walls like a ping pong ball. The ADC monitors the HBridge's load and can detect if the wheels get stuck. In that case, he stops, backs up, and turns around to avoid that area.

Each of the videos below demonstrate the build of this robot. This robot is now currently my autonomous household watchdog and pet. He's always on and his 6 volt 4 amp rechargeable battery runs all day. He randomly does things on his own and wanders around my house. It scares some people, but real neat for others!

I have enhanced my old motion tracking code for better edge detection and increased speed. I have also added a few global variables to his AI which allows him to like and dislike certain colors and shapes. He takes pictures of things he likes and saves them to the drive. You can view some of his saved pictures by clicking <a href="http://www.dj-sures.com/Blog/2011-03-15+Calgary+Omnibot+Robot+Pictures">HERE</a>;. 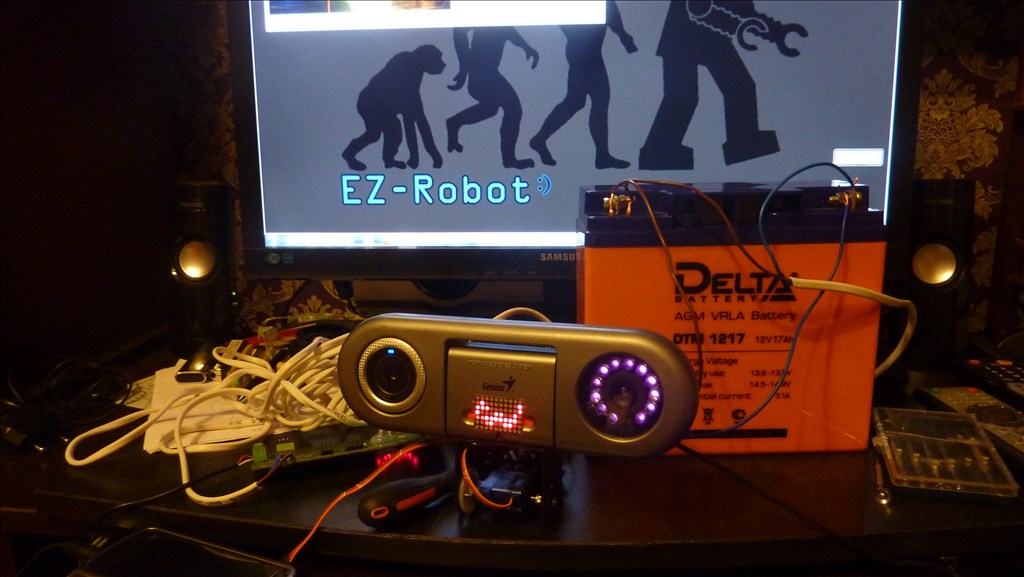 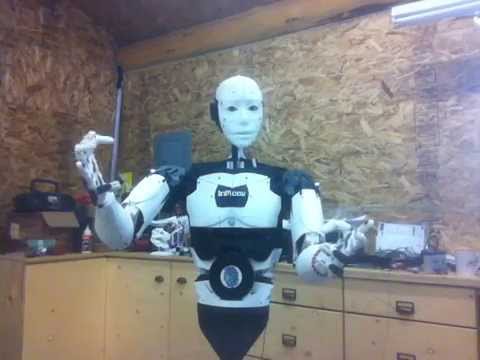 A short video of my InMoov doing math. Thanks to the Community Members who helped me out with the script for this using...

Wolfie's My Soon To Be First Bot

This is what will be my first bot i got it for 2$ the other day from a thrift store i think it will be a good little one...