And Now For Something Completely Different (pdp-8) 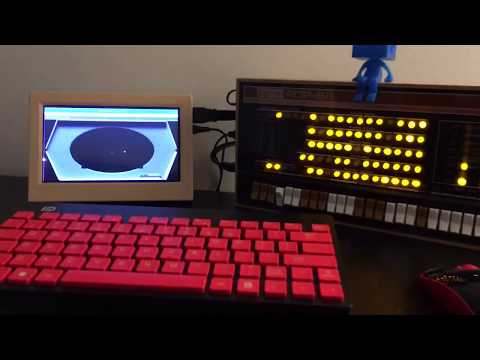 This isn’t robot related... although I used ARC to make the software vc8e emulator. Read on...

I’ve always been a HUGE computer history buff and until recently, I’d get my fix at the Computer History Museum in San Jose. Thanks to an awesome guy named Oscar, I now have a functioning pdp8 emulated by a raspberry pi and simh. I’ve made quite a few modifications to it, mostly a few software fixes AND noticeably a vc8e oscilloscope terminal emulator!

The vc8e was a display controller and protocol for point-plot displaying with single coordinates. While the pdp-1 used a different setup for space war!, the pdp-8 used the vc8e and most notably the VR14 x/y display monitor.

I even came up with a little trick to emulate the phosphorous fade of a real oscilloscope. There's quite a few settings for configuring the refresh (simulated flicker), pixel size, intensity and color. While there aren't a lot of applications that I know of for the vc8e, having Space War! is good enough for me

Here's a link to download my vc8e emulator for anyone daring to play with Oscar's Pidp-8: VC8E-SpaceWarDisplay.zip

Here she is in all her glory connected to my vc8e terminal playing space war! 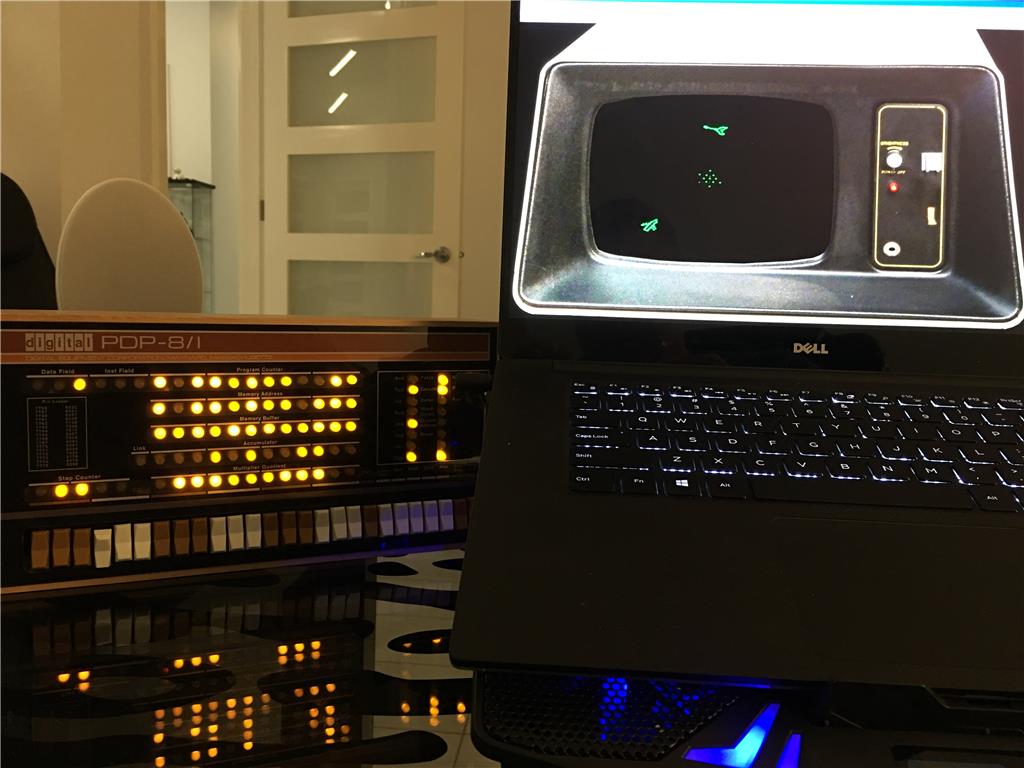 Oscar ships his PiDP-8's in a kit 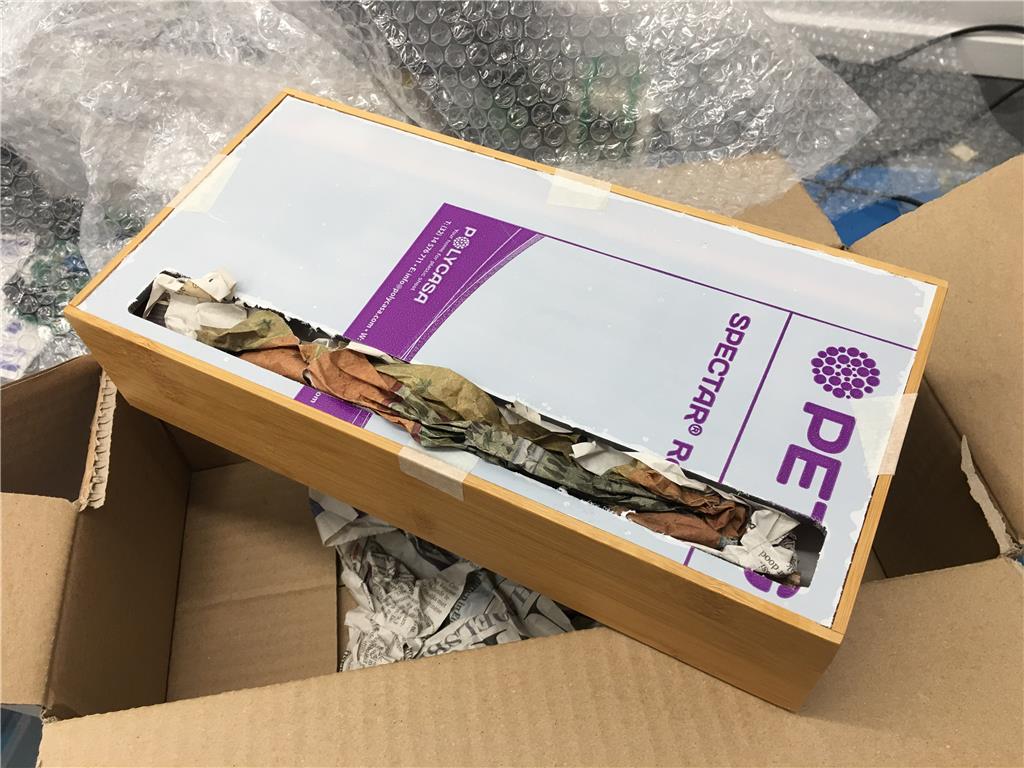 So, building kits is just another way or experiencing what it's like to work on an electronic assembly line *ugh* 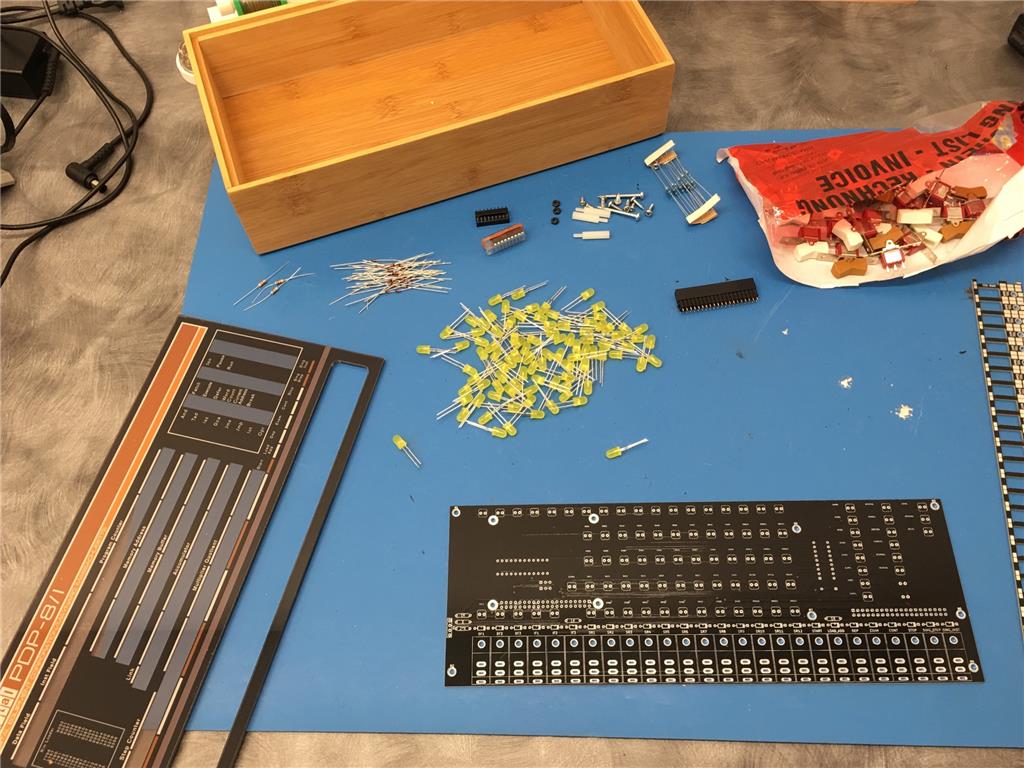 I used a raspberry Pi 2 with raspbian that i very-much modified. There's a dedicated serial terminal, a few custom disk & tape images and of course Space War! 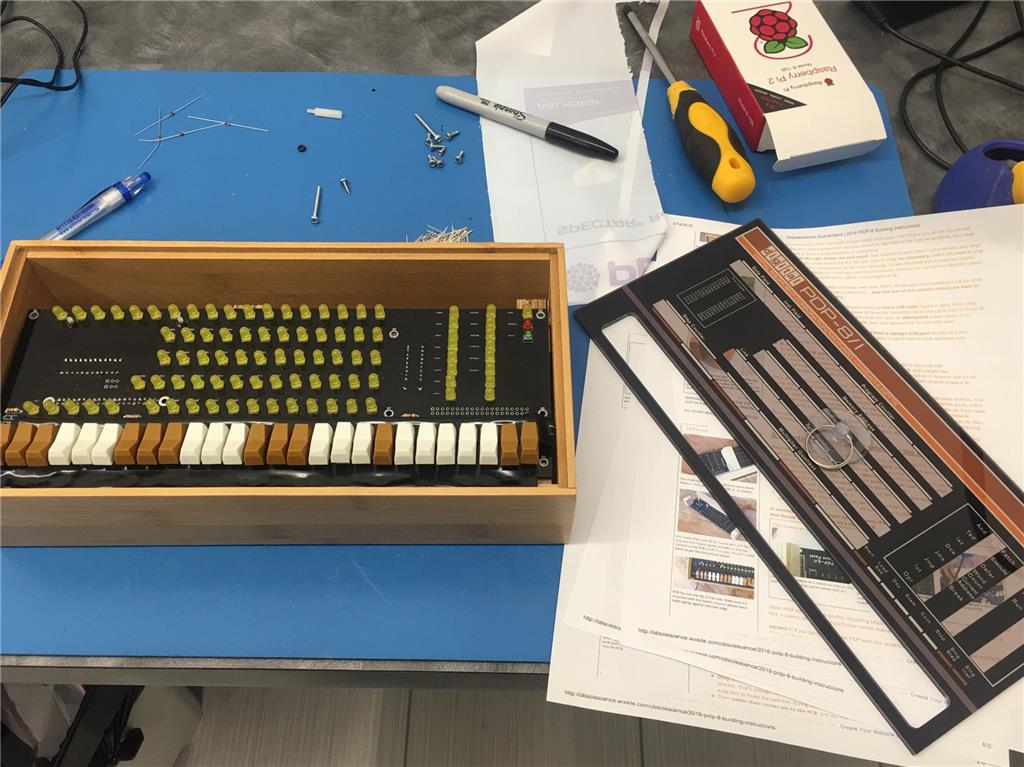 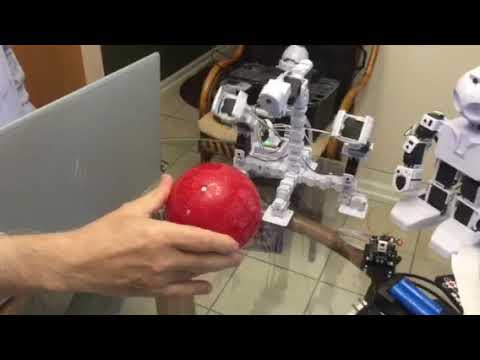 Ezang's My Tracking Bot For You To View

My bot will find you, you can't hide anywhere, lol 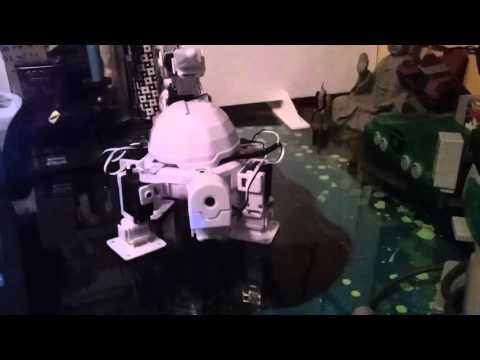 I rebuild my Tortoise bot all the time and this is my short leg version with a scorpion tail. Just sharing enjoy. 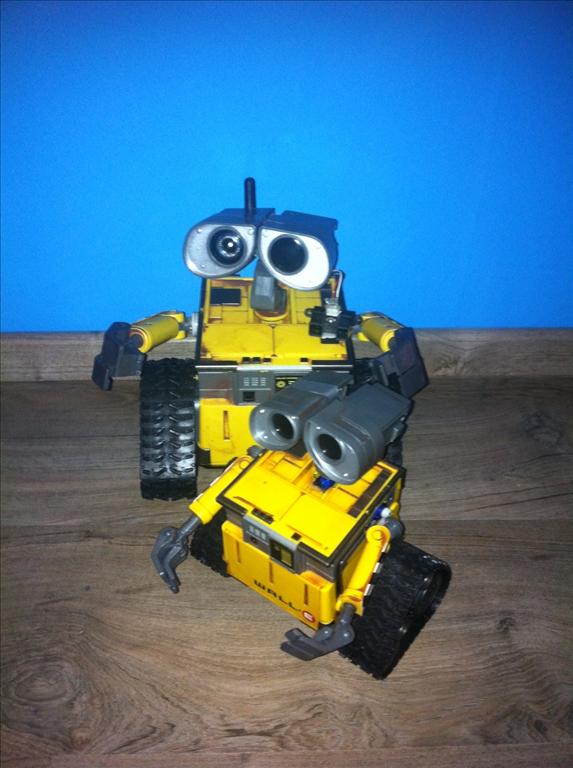 #1   Mar 2018
This is fantastic DJ! When I was at college many years ago we had a computer like this and it had its own room!

I am tempted to buy one myself, as for me many flashing lights/LEDs where what we thought computers were in the early seventies.

In my roof (somewhere) I have a working NewBrain, ZX80, Spectrum and a box of PCBs and ROMs to make up a number of Jupiter Ace computers which used FORTH which was very neat!

#2   Mar 2018
WOW what a cool build, Thanks for sharing. I was lucky enough to get to use a PDP 8 when I was 14 doing work experience at my fathers work in Sydney Australia. 4K of core memory programmed in octal using a bunch of toggle switches, lots of fun.

rregister
USA
#3   Mar 2018
I think what you have done is fantastic!
I have been to the computer history museum, and thought the Babbage analytical engine was amazing.
I collect old mechanical calculators like this Friden 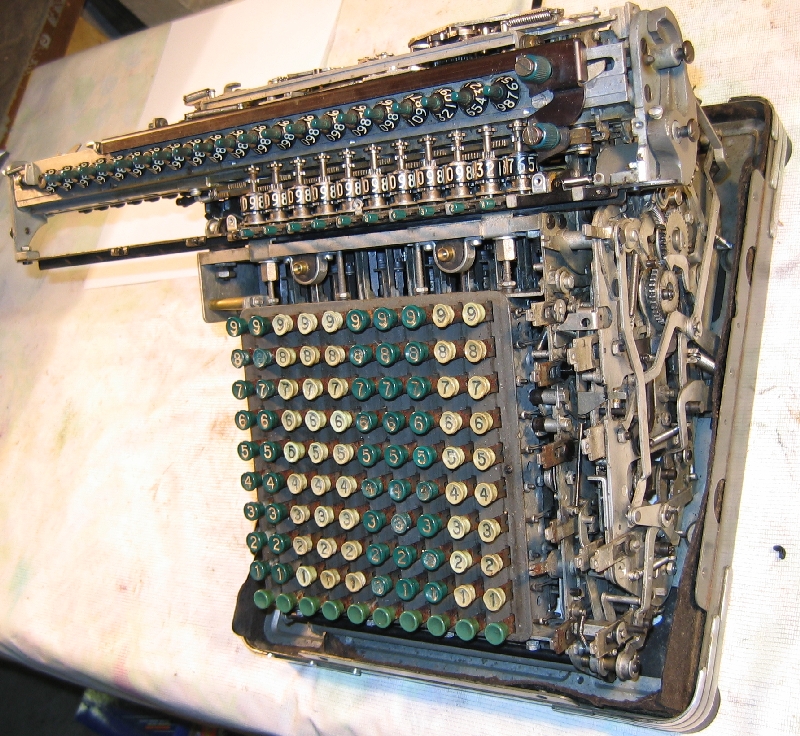 (a precursor to what you are working on, ha)
and older hand-cracked examples.
Amazing work.
-Richard 'twitch' R.

#4   Mar 2018
I won a Harvard Award some years back and while in Boston I visited the MIT Robot Museum - this is what 64K of memory looked in the fifties. It was a kind of non-volatile RAM as the copper rings always stay in there last axis position. 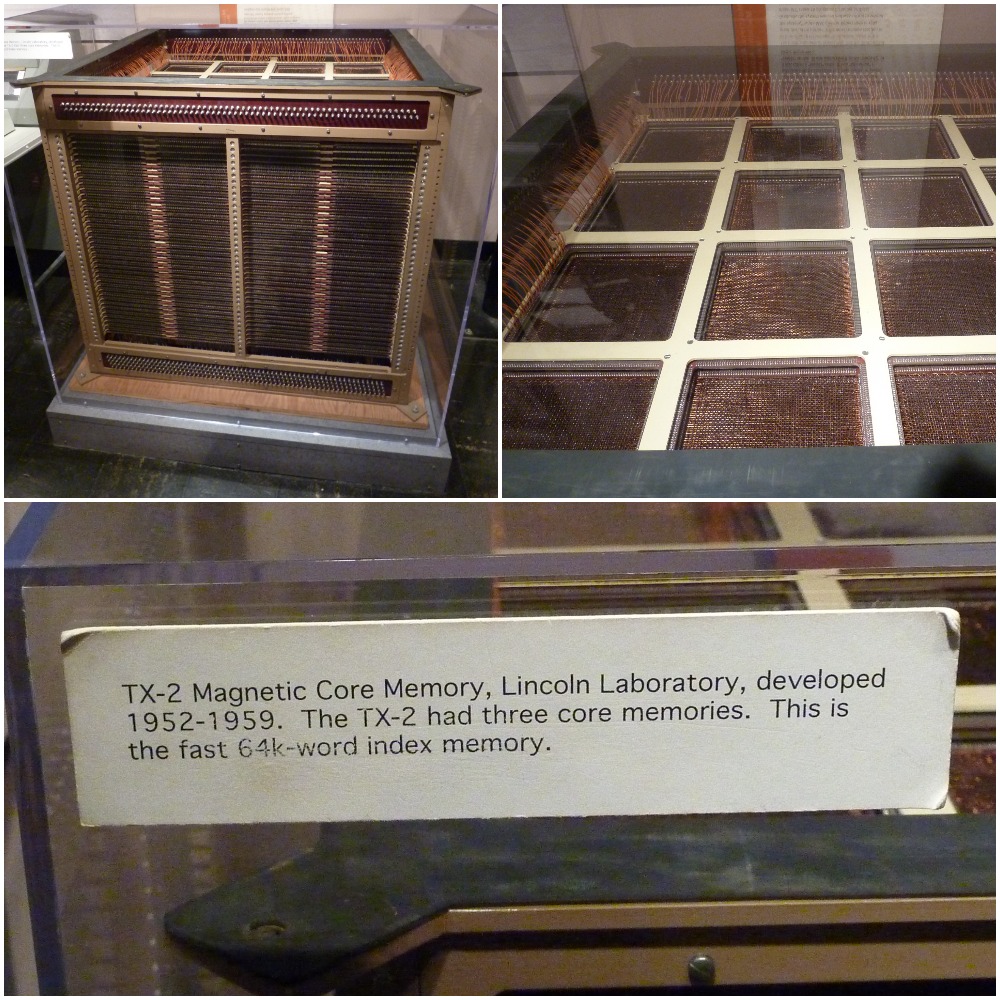 How long it took to assemble ?


@Tony:
"This is the fast 64k word index memory", is that the portable version ?

#7   Mar 2018
Nah - the description on that core memory peice is kinda missing the word size. The 64k is the size of the whole memory in the picture. The Word size isn’t defined.

A Word (when used in computers) defines the number of bits that the cpu can handle in one instruction. For example, your x64 bit cpu would have a word size of 64 bits.

The size of a word doesn’t change the size of a Byte. The byte descriptor is a universal size construct for data exchange. However, since modern computer processors are designed with multiples of 8 bits, they Byte size descriptor is used much more integrated with development.

It’s bizarre about the word sizes on old processors, because they’d be odd numbers - mostly dictated by octal. 12 bit or 24 bit CPU’s we’re most common.

ASCII hadn’t been invented for many years to come - so the reference of characters was actually an afterthought for computers. They originally were designed for calculating numbers, and therefore a 12 or 24 bit word size made sense since the numbers would have decimal precession or be quite large.

When operating with characters to form sentences, lots of memory was either wasted or the cpus/software was updated to store multiple characters in a single word. This was mostly at the cost of performance though....

And that’s one of the beginning scenarios where the battle between performance and efficiency of computing began... since then, that responsibility has been handed off to compilers.

The difference is this..

You have an option to write a short peice or code that loops with FOR or WHILE. But, you also have the option of not using a loop, and instead writing an instance of each command over and over and over again.

Well, the LOOP version looks pretty and compact to the programmer, but will run much slower than the inline version.

So trying to manage multiple characters in an old school numeric inspired processsor storage device had that same challenge - thus, the Byte was born and multiples of 8 for cpu architecture.

#8   Mar 2018
@rregister, The museum is small but has some amazing exhibits, well worth a look if you are in Boston! 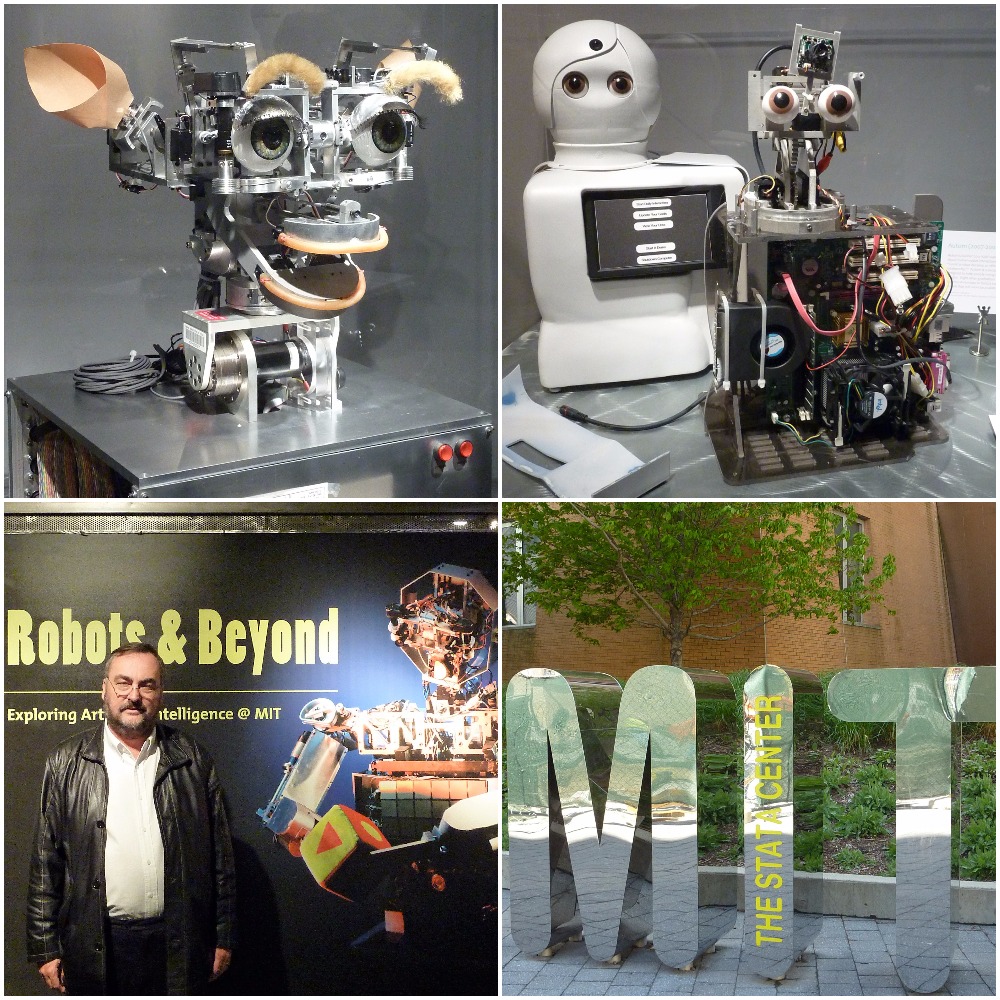 Also the robot lab at MIT is pretty neat. 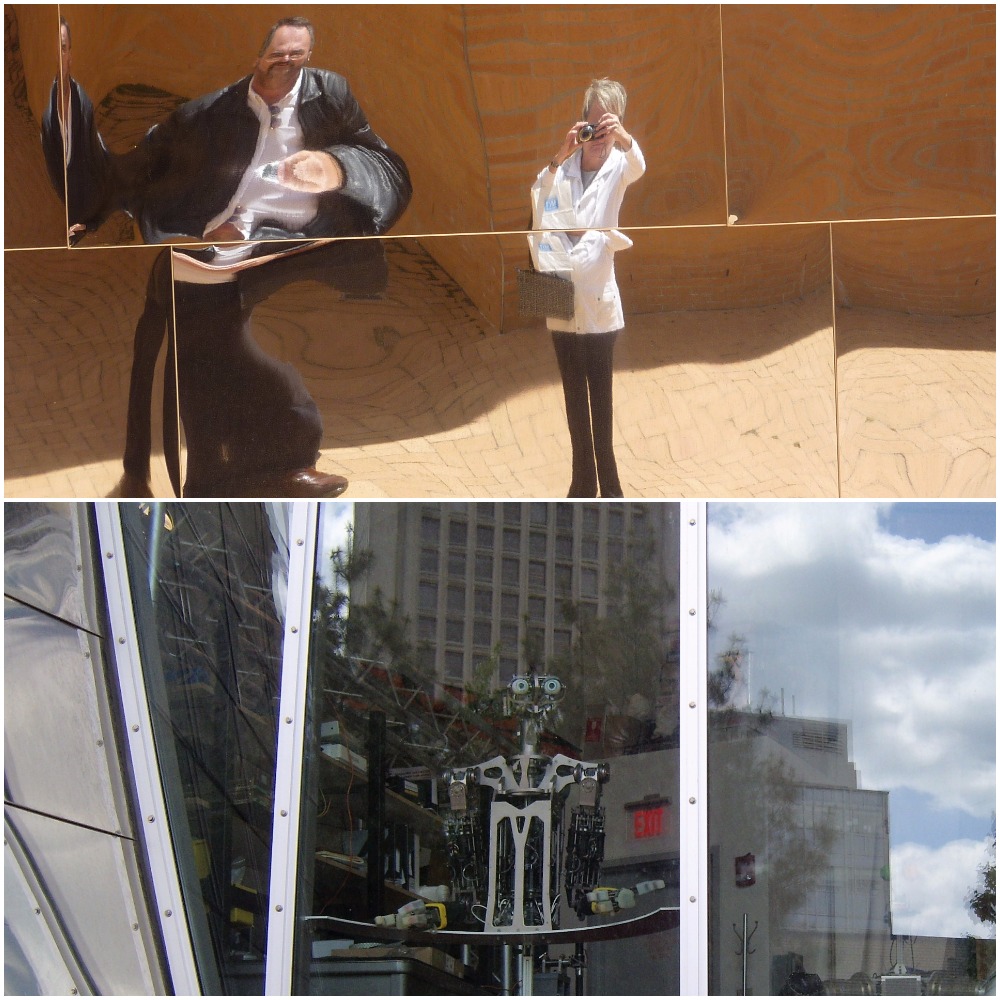 rregister
USA
#9   Mar 2018
Hi DJ, 12 or 24 bit word size, ha, amazing
Yes that makes sense (i've written my share of speed-optimized assembly code, tho i'm sure it could have been made faster yet.)

rregister
USA
#10   Mar 2018
Hi Tony, looks like fun. thanks
i went to 'Robot Night' a the academy of sciences last night in san francisco, and it was great to see a bunch of different groups and approaches -- but i thought ez-robot would have more than held its own and some of the demonstration projects here probably would have stolen the show!

Rob-bot
USA
#11   Mar 2018
I remember when I was a kid, my friend's dad had one and lots of other neat computer stuff while working for digital during the 80's. He gave me lots of related defunct items over the years to take apart and play around with being I was always fascinated by electronics. He also taught me how to solder and desolder. Thanks for sharing and bringing back some great memories DJ.