As you know, I have taken a little time to distress and focus on what's coming for 2015. Yes, it was only a few days but it was my first time off in 4 years - and during that time I couldn't help but continue to work. Jeremie has been incredibly busy working with our manufacturing facility to get the new products pushed through the system. We finally have the prototypes (which are green PCBs and production will always be blue) of the following PCB's and more... that you have been waiting for.

I'm spending this next 7-10 days testing and tweaking code before they get pushed through into production.

Also, there is a rumor of some big changes to ez-builder. It's a large re-write of the entire software and therefore the new feature will be released in increments. The first beta version of the new re-write will be released this weekend. Without getting into too much detail, the new ARC includes the ability for C#, C++ and VB.Net programmers to build their own controls in the form of plug-ins. There will also be a monetizing "store" built around plug-ins which puts cash in your pockets for developing modules. The idea of the new plug-in system is to offload my development onto the community. For example, when you ask for a new feature request of ez-builder, someone can make it happen - and that someone doesn't have to be me anymore. Developers can create controls for new sensors, new apps, databases, games, etc... It's a real huge advancement that I am excited about.

So, jeremie had asked that I share photos of the new PCB's that he's designed. These are the green prototypes. Remember, all production PCB's are blue 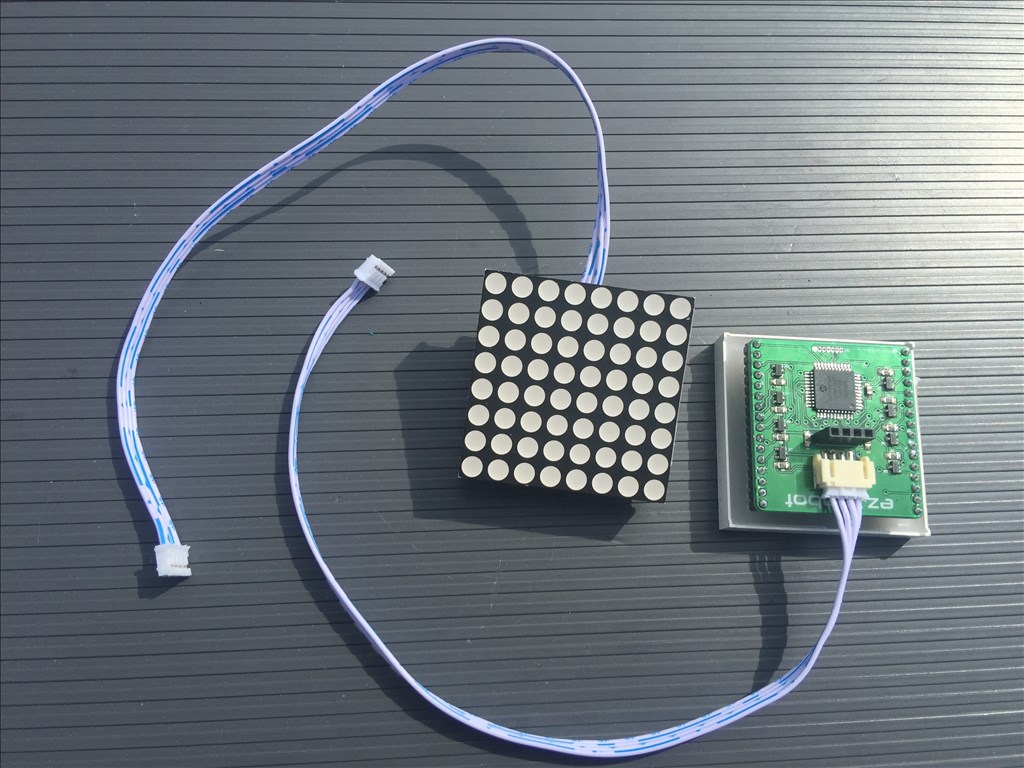 There have been many requests for adafruit's 8x8 bicolor display. And well, I looked at it and was incredibly disappointed in the fact it's only bicolor and there's no control over individual gradients of each "pixel" led. If any of you are familiar with the 18 RGB LED Block, then you're aware of the amount of control we provide. So I've taken the same control and we designed a very amazing 8x8 rgb module with individual control of each led brightness/color as well as easy animation programming. Throw your adafruit 8x8 away because this is all that you'll ever need 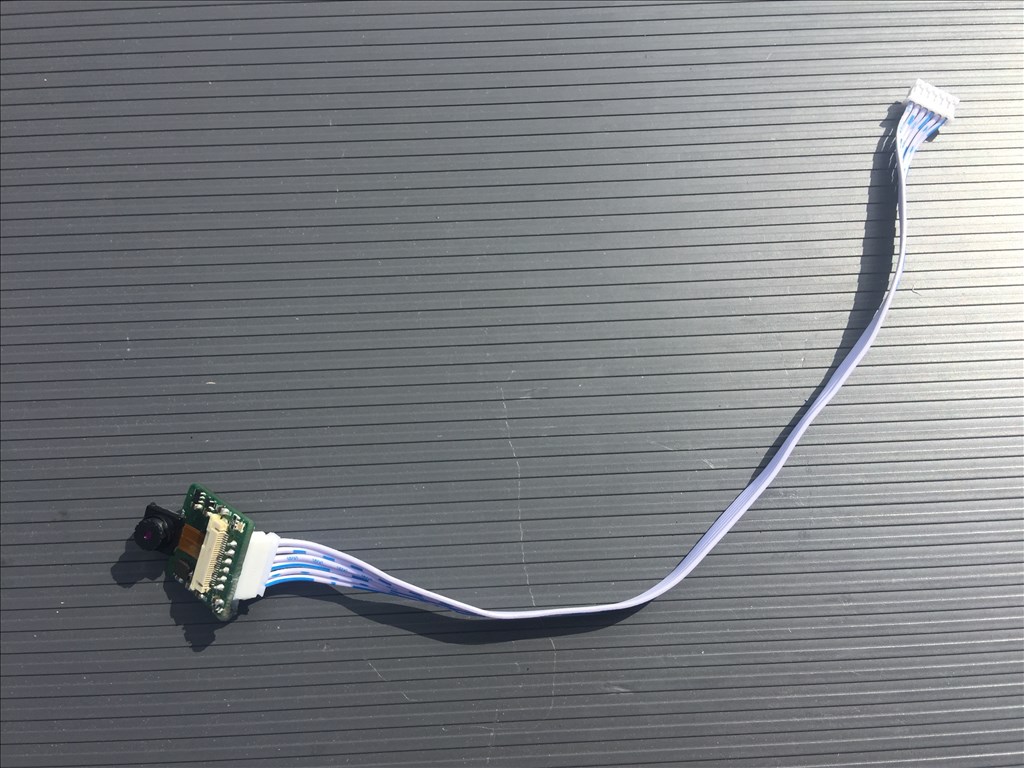 The new camera has some improvements over the previous ez-b v4. We have changed the lens to capture a wider image and the faster processor increases the framerate. I have written a new compression control algorithm which variably modifies the compression rate based on image size to optimize for high framerate. I have seen upwards of 28 FPS. 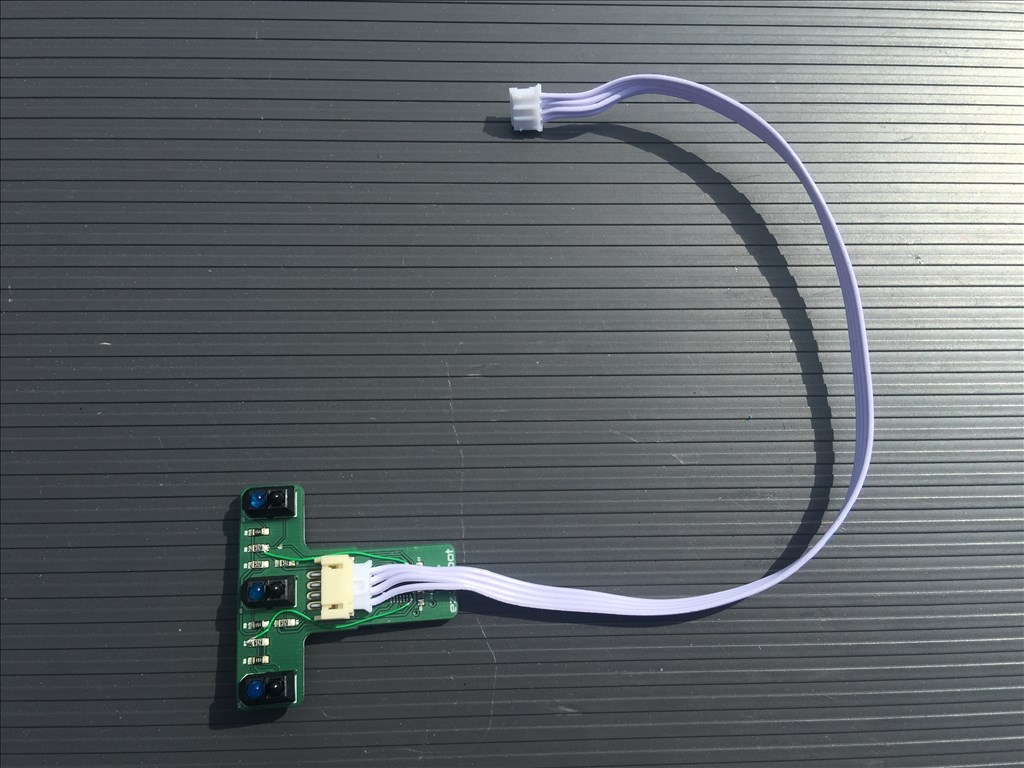 We joke that ez-robots are more advanced than the others because our robots sing, dance, respond to voice commands and more. However, all the competition seems to care about is line following. Well, we've never had that capability because it seems so 1980... Jeremie thought that we should at least provide that capability and extended it for new features. The sensor can also be used for gesture control, which was jeremie's idea. Of course it's a good idea but does require some tricky programming from me (Thanks Jeremie! :P). 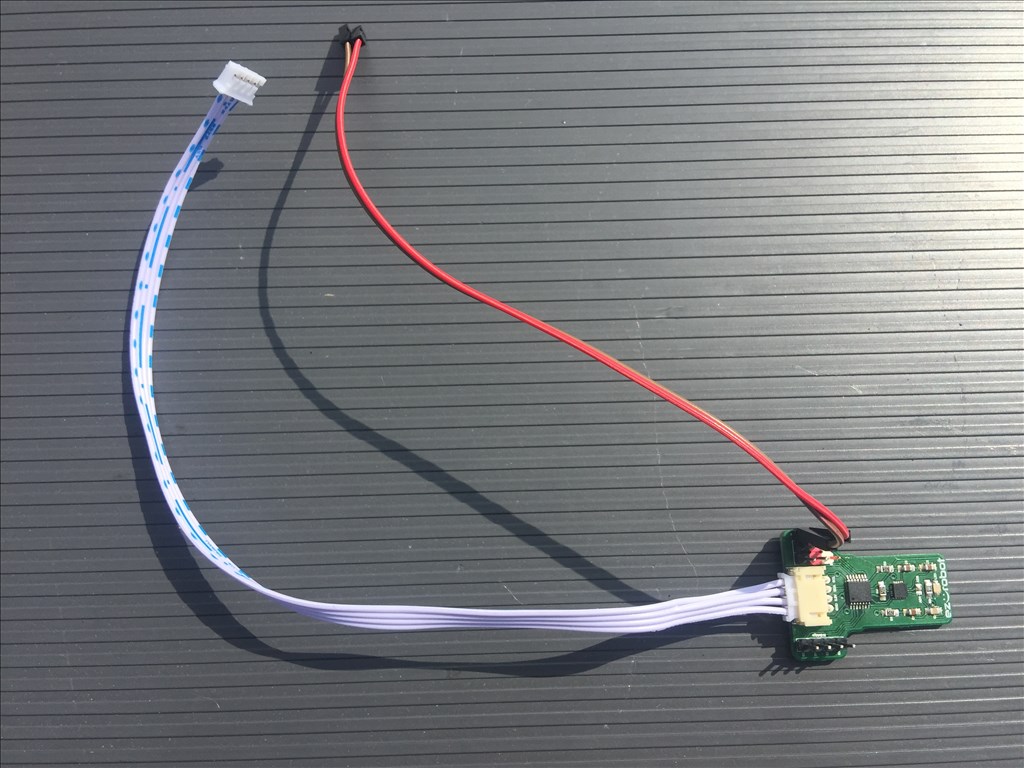 Last but not least, you have all been wondering about the inverted pendulum. Well, due to ez-robot being a small team and that I have to bounce between positions such as janitorial, ceo, cto, developer, web developer, etc... I have had some other priorities creep up that pushed the inverted pendulum back a little. With the other hardware that I've listed here, i'm finalizing the code for production of this little awesome unit as well.

Based on your post activity, we found some content that may be interesting to you. Explore these other tutorials and community conversations.
Show all 21 comments
Load More ...

I love the plug-in idea.

#4   Aug 2015
Wonderful stuff. This is some great news and very exciting indeed. The ability to give members do work on new ARC features is a very nice idea. There are some very talented members here, so whatever they come up with will surely be worthy to add to the software.

I'm also looking forward to hearing more about the ARC rewrite to see what it's all about.

And yes, the new products is great too, especially the 8x8 array. I was going to jump in and get the Adafruit Bicolour ones, but I will hold off on that now as I prefer to have the RGB ones. I have just the job for these little guys in my new build.

Thanks for the detailed update DJ, as it and all the work you and Jeremie's have done is truly appropriated indeed. I had to laugh though. What does the guy who works so much do on his down time... work some more :P. I hope you did actually manage to take some time for yourself during your time off.

Anyway, great update and thanks again.

Dunning-Kruger
Canada
#5   Aug 2015
With the plug in feature I can not wait to see what David (d.cochran) can come up with.... David, for your first plug in I am thinking an automatic connection control for nomad :P. Seriously though, we all appreciate your continued commitment and improvements to ARC....

I am thinking an automatic connection control for nomad

Actually... A network discovery/built-in tutorial might not be such a bad idea.

In fact..... Maybe building the tutorials into ARC (updating with new builds as the web tutorials are updated) would be a good solution to things like the Brookstone issue where the employees don't have web access, or users running their EZ-B's in AP mode with access to only one computer.

the new ARC includes the ability for C#, C++ and VB.Net programmers to build their own controls in the form of plug-ins

#9   Aug 2015
I agree with everyone on the greatness of the new features. It means, however, I will finally have to break down and hone my skills on the latest version of VB. I've been holding off and doing things from the outside looking in with what I'm comfortable with, but now it's time to dive in.

I was going to do a list, one day, of all the tweaks I would like to see done to ARC. Things such as:

Being able to load data to and save from, the text in a Script and NotePad control via script commands.

Add the capability to localize variables to a script by adding an appropriate suffix to them automatically.

So I checked that off my list recently. The first part I do via a separate program. While it works, it's not nearly as good as having it built-in to ARC.

A grep function for multi-script searches and search-replace functions.

To name but a few from the list. I'm not yet familiar with the SDK capabilities, so all of those may not be feasible with this new plug-feature, but some of what I want to do should be. And what isn't I will use other means. Like following the code into a back alley and mug it, riffling it's pockets for hard to find algorithms and secrets hidden from most mortals. Twist it and shape it to my will until it threatens to bring great harm to me and mine unto the seventh generation hence! ... Um ... I mean ... learn to live with it's limitations and peacefully co-exist with it's lovely framework.

Software developers tend to fall into 2 camps. Those who do things according to the ways and limitations of the given system, and those who write "tools" to automate repetitive tasks or to "enhance" what they have to work with. I was of the tool-maker camp. That tended to irk some of my fellows when I did mainframe programming. To many of them it was just a job. To me, and a few others, it was an unrelenting passion. Fortunately I found many more like-minded souls when I switched to PC programming.

Here's to the new EZ(ier)-Builder! And the yet to be, EZ(est)-Builder, and it's creator DJ Sures! Long may it's lineage prosper and shine in a universe of lesser software! Long may the Sures family flourish and prosperous may the associates of EZ Robots be!

Now ... where did I put those brass knuckles with the little happy face stickers on it? Oh, there it is, next to the Hello Kitty sock stuffed with old batteries. Programming awaits!

#11   Aug 2015
Thanks everyone. To answer your question @fxrtst, the new camera is faster framerate, smaller footprint and wider lense. The resolution is the same. I'm on the fence about creating a higher resolution camera due to the cpu requirements for vision processing. If we create a higher resolution camera, it would be sold with a disclaimer as an add-on. Here's a post where I explain about larger image processing: http://www.ez-robot.com/Community/Forum/Thread?threadId=7505

Done any idea on the ETA

#13   Aug 2015
@dj do you have dimensions of the camera you can release? I'll have to make some adjustments to ALAN before we go into production. Do you have an eta for the cameras? And will they supersede the current camera.

#14   Aug 2015
@fxrst The new camera is basically the dimensions of the current Camera-on board (blue board behind the black camera PCB). It's the same width and depth, but a little shorter in Height. Does that give you enough to go on?

#15   Aug 2015
Yeah. I will def have to change one thing. The camera rests on the mechanism that houses the eyes. That gives the correct height for the camera to fit through the forehead hole. Are we talking a few mm or more? Do you have the exact dimension?

RoboHappy
PRO
USA
#16   Aug 2015
Id like to see a bigger camera made if possible. Something the size of a GoPro would be cool, for use in very large robots.

#17   Aug 2015
@RoboHappy, What? Why would you want a bigger camera? Just because you have a very big robot doesn't mean you need a big camera. If it's just for looks get a bigger case to hold it.

#18   Aug 2015
I've been 20 hours a day on this ARC re-write. It's coming along well - as with the new products. The camera is looking good and I believe we should receive our final prototype this week? Jeremie had sent it in last week so he might have a better date.

I'm making changes to the website for the assigned plugin GUIDs for ARC tonight. It's the first draft and not the final - but it'll give you an idea of what the plugin system will look like. Hopefully i'll have this first draft done tonight or tomorrow.

#19   Aug 2015
DJ you've really got my attention on your latest efforts for plugin designs, can't wait to see what pops up.

#20   Aug 2015
@fxrtst sorry I didn't get back to you, I didn't have a camera with me at the time. The new camera will be ~25mm tall as opposed to the older Camera add-on board that was 27mm tall. Sorry I don't have the final version yet but yeah it'll be a couple of millimeters shorter.