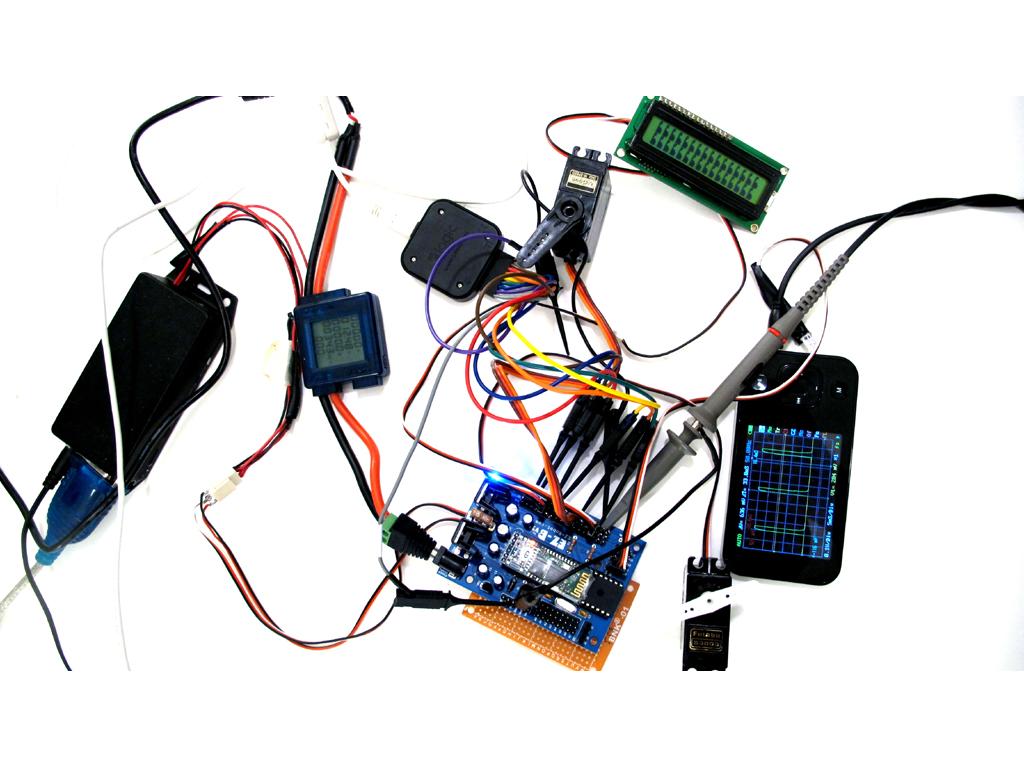 We hacked away at the EZ-B Firmware over the past 48 hours to resolve the servo jitter issue. This has been a crazy past few days. The release 15.3 seemed to cause issues with some controllers, and that's because there are a few differences between EZ-B versions. They were tested in-house, but clearly not good enough. We setup a new testing environment with a pile of servos and sensors to verify older boards.

The only downfall to the latest firmware is the servo position resolution is now 100 vs 130. Not a dramatic difference, but the lower resolution is required for the servo speed.

#2   Apr 2012
Camera tracking enhancement for slower cpu's?
That would be perfect for my omnibot

winstn60
United Kingdom
#4   Apr 2012
Hi I upgraded and then added 1 vertical servo it has good precision now however press release on the servo control and the servo moves to some random position??

However much more noticeable is the when selecting a low value servo position under 3 or 4 my servo buzzes very noticeably I tried 2 types of servo and one is much worse than the other sounds like a cricket!

#5   Apr 2012
That's because your servo doesn't have that mich range. Every servo is different. Use the confit button on any servo control to specify the min and max values so you don't damage your servo.

okidey
Netherlands
#8   Apr 2012
Awesome! I'm downloading it right now!
Thanks for your hard work DJ, may you have long hours of good rest lol

okidey
Netherlands
#9   Apr 2012
It's working perfectly for me, awesome work! I do not notice any random positioning with press
release either, it is solid for me. I'm happy with this one!

JT
USA
#10   Apr 2012
@DJ - Love that pic at the top of this post showing the EZ-B going through it's paces! When I see something like that I always think, "If it's not a rat's nest of wires, you're not really doing SCIENCE!" *thumbs up!*

But now on power up the board led remains dark even though the bluetooth flashes red as it should.

And of course nothing works.

Trying to connect with the Firmware update software says -


Attempting connection to COM5
Comm Err: The operation has timed out.
BbytesToExpect: 1


This is return to base isn't it?

Good thing I ordered a second board yesterday ...

winstn60
United Kingdom
#12   Apr 2012
JOC I think you need to restart the firmware updater and give the EZB sometime to reboot itself. I had to wait a little while last night for one of my boards to start up which it has never done before

Actually, you are right about the random positioning of ports when they are released. I do not
notice it when I manually press a release button. But when animating a led and quickly releasing
and turning on a port, to create a pulsing or flickering effect, introduces what seems like a spike
in the ports position. and so those leds first light up bright before turning off.

Also, I have this one servo set up with two RC hydraulic car damper springs to have it settle
in a centered position when its released. The port seems to also overshoot when it is released, espescialy when it is driven and then released with a moderate-high pace. Sometimes the port goes high making it over shoot, sometimes it goes lower and sometimes it seems to stick in its current position, but generally it never realy seems
to go exactly where I would like it to go.

Not sure, but is this what you mean? If so then I am noticing the same.

SIRLAL
Canada
#14   Apr 2012
Great Work DJ!
I also found a little issue, the radar scan seems to still be calibrated to your previous 130 position servo control. I'm guessing center should be 50 now and it looks like 70 is what it's set too. 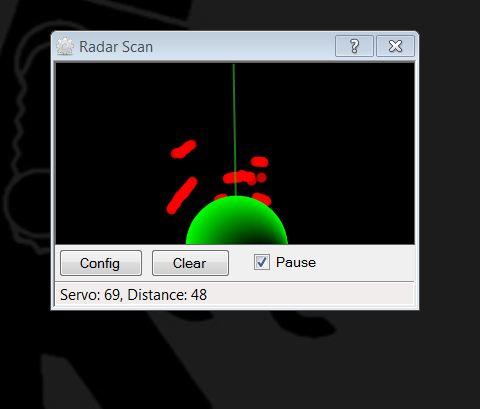 not really raining on your parade too much I hope (or snow, being from AB)

I can't connect while using my usb->ttl adapter, but when i swap it with the original bluetooth adapter, it works just fine. Now all of the sudden, the LED won't turn on, but the LED on the bluetooth module will. It also won't connect anymore

Just waited like @winstn60 and now it works again!

Now trying to think what I could use a Twitter control for??

How's it for you guys now