Though this is a simple project, I decided I would show it to everyone. So my story began when I first purchased six, I had a lot of fun with it until i forgot to charge the battery for a while, and due to my negligence, yes, my original battery discharged, making one cell completely unusable. I tried the shocking method, which only got me so far, until it just didn't charge it enough. I decided, instead of buying a replacement battery or get my battery replaced by a warrant, (which I didn't receive due to buying six from a different seller) I would make a simple mod for six. So I bought a battery from Enegitech for $25, a steal for what it was. The battery was exactly like the normal ones used in six, except it had 5000 mah as compared to the original 1300 mah. This meant that six could run around 3 times longer off this battery and it even had a 2s balance port. However, it did use a Traxxas plug, which was no matter, as you can buy a pack of custom made battery connectors online as I did and solder the female T-plug to a male Traxxas. I decided to test how well it worked, and it worked just as intended. Now six can run around for about 4 hours! however, my battery is larger and heavier, and right now, is hanging off of six. I plan to design a bit to attach to his head and hold the battery, I know it sounds stupid, but I think this will help keep six's center of gravity and I plan to hide his battery with a hat of some kind, thinking of a sombrero kind of like the one six was wearing in DJSures Halloween robots video, but I guess that's more of a cowboy hat, getting off topic. If you would like any updates or tutorials for this project, feel free to ask me. Thank you for reading this post! Have a wonderful day! 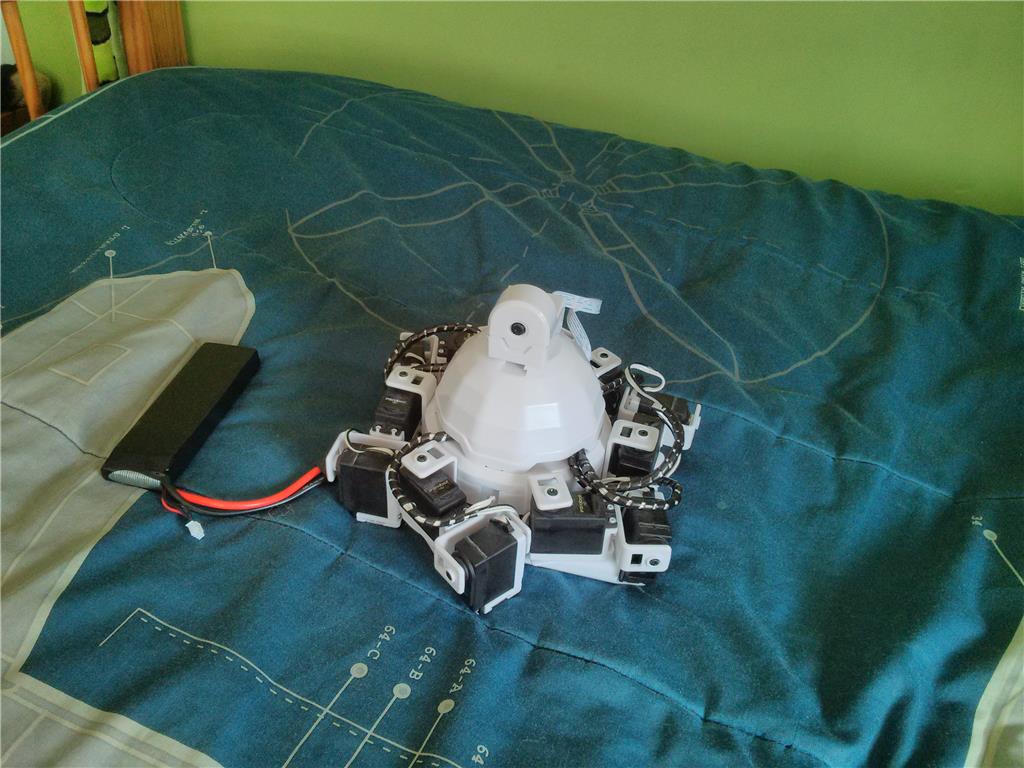 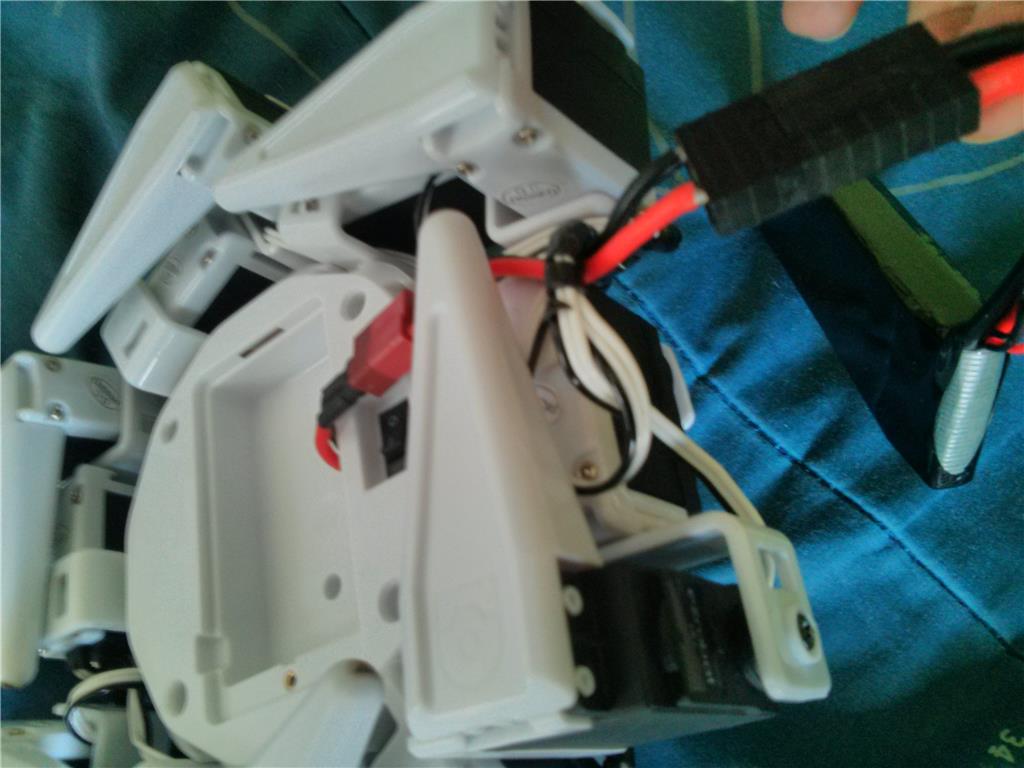 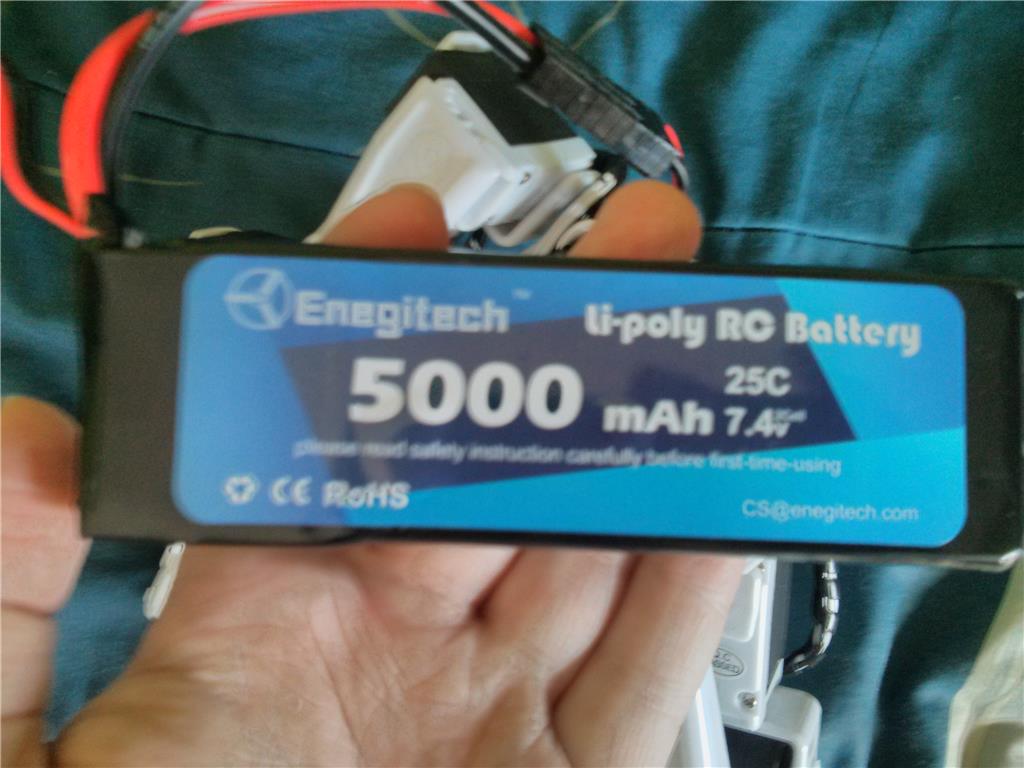 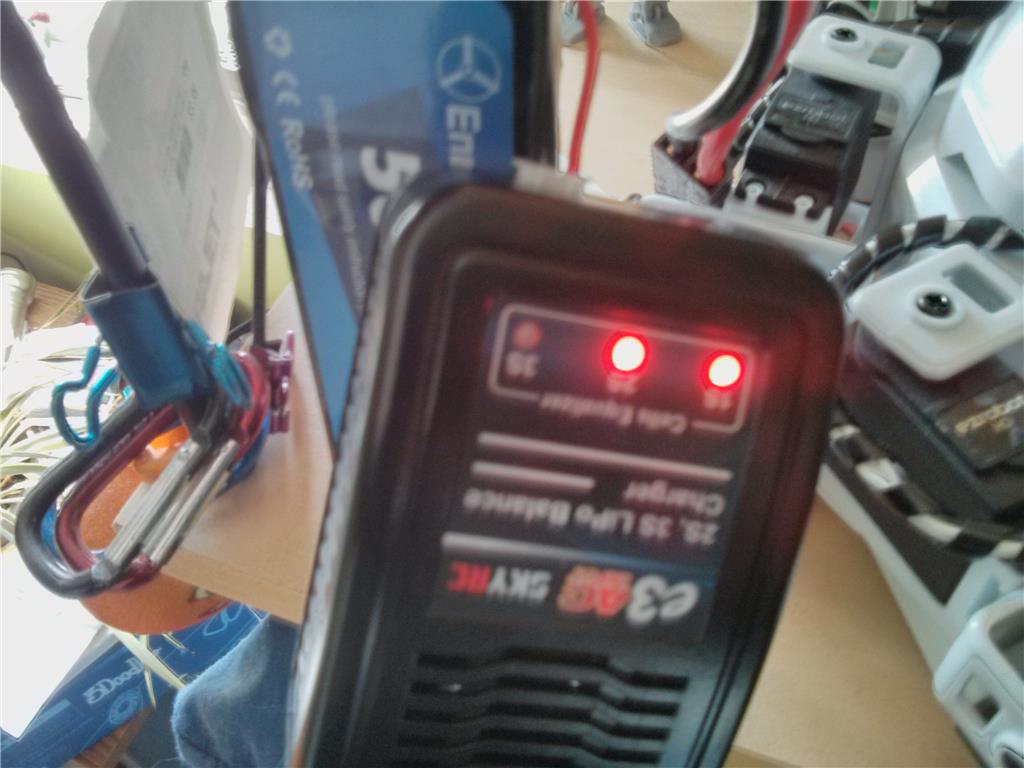 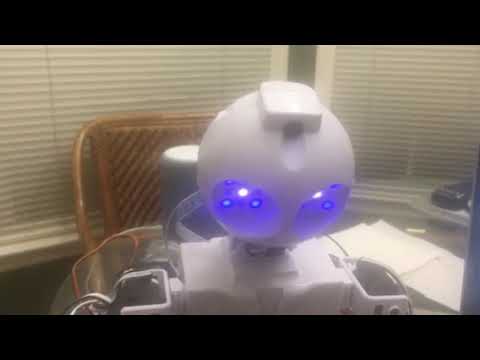 Just adding some photos of the 3D printed head for the project for the school I am helping. It came from a Rapiro... 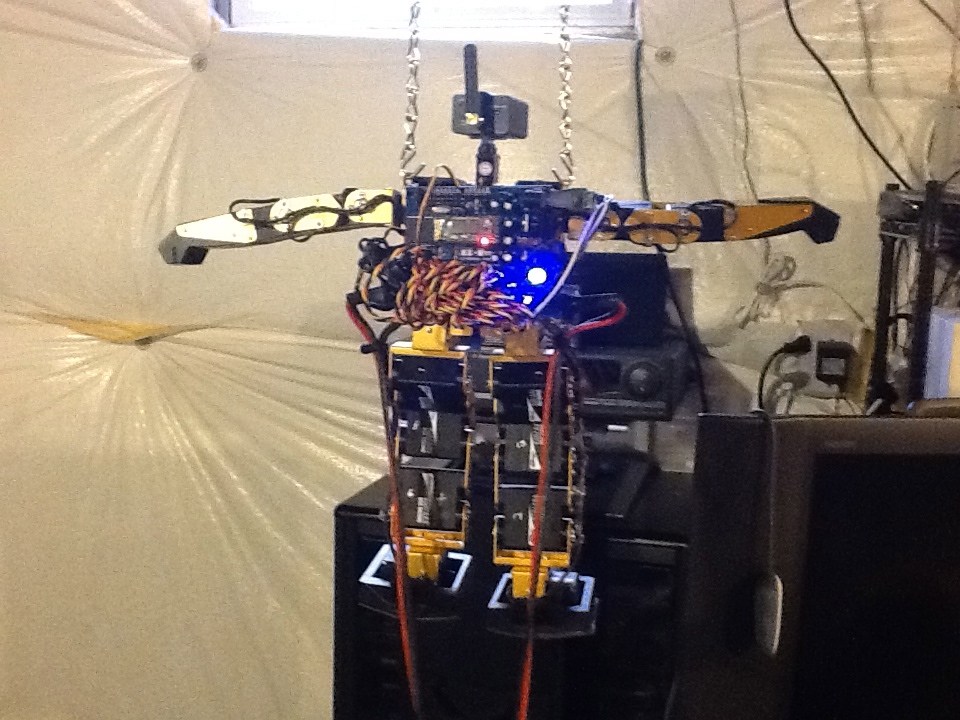 Finally got the hardware going, 16 Hitec HSR-8498NB servos with seperate aux power via two external servo boards (at the...

A sombrero is a cute idea. Go for it! I myself would go scary. I'm thinking along the line of an Alien head on top of Six! "IN SPACE NO ONE CAN HEAR YOU SCREAM!"

Nitrobot
USA
#2   Feb 2017
Nice hearing from you Dave, maybe for DJ there could be a duck head option, I was thinking of adding a bit more hilarity to Six by adding a poncho and a mustache to fit the theme.

#3   Apr 2020
you can design a 3d print double batt case for six.
you can print a case for the new batt and click it in the original space.
do you have the size off the batt?
Login to post a comment