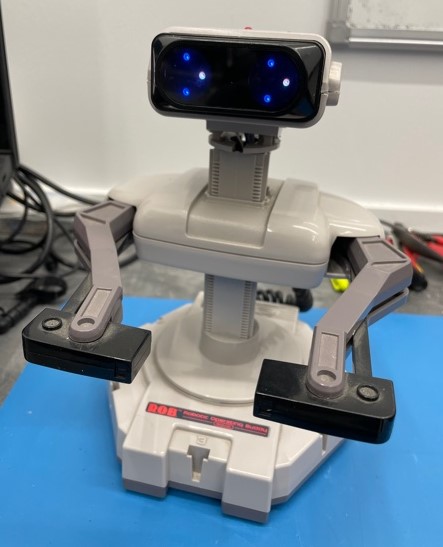 The year was 1985 and the Nintendo company was gearing up to make a huge splash with the resurgence of console gaming after the video game crash of 1983. During that time Nintendo created a few ambitious peripherals for their Nintendo Entertainment System (NES), and I was a big fan of all of them! Over the years I've collected most of the more popular accessories for the NES. I have the Power Glove, NES advantage (arcade joystick), track & field Power Pad, Zapper, and lastly the Robotic Operating Buddy (ROB)!

I've always been fascinated with ROB as it represented the dream of one day having a robot friend. The original purpose of the Robot was to either stacking blocks (Stack-Up) or press buttons to open doors and move spinning tops in the game Gyromite. It could hold a controller with its accessory mounts and could press buttons to help the player out. It was a cool crossover from a digital video game to the physical world. Other than those applications ROB didn't have much utility, much like the butter robot from Rick & Morty, it sadly had only a limited purpose.

I purchased ROB with the idea to expand its capabilities! It was sad to have such a cool-looking robot locked down to only stacking blocks, opening gates, and spinning tops. With the ARC software and the EZ-B hardware, I planned to make ROB come alive.

Here's the List of Hardware that I used to Hack ROB:

The rest of the parts are original to ROB 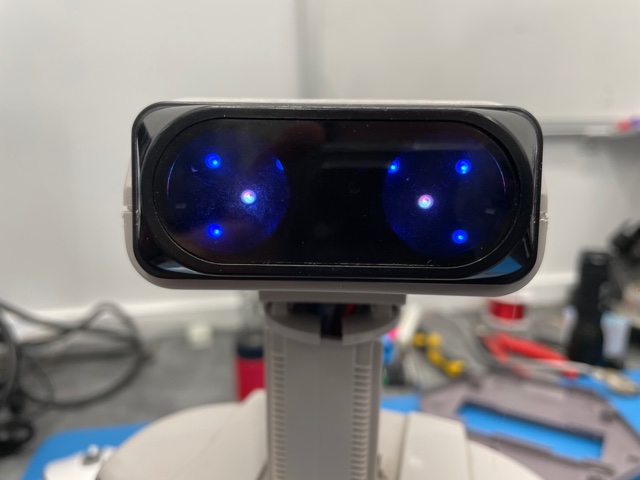 The original ROB eyes were meant to work like the NES Zapper, and detect the flashes on the screen of a CRT monitor. I opted to change them out for some colorful RGB LED eyes. Turns out I had no idea until I started doing a bit of research that there is an IR shield sticker over my ROB's eyes. I just removed it, so he'll look more like the classic ROB moving forward. 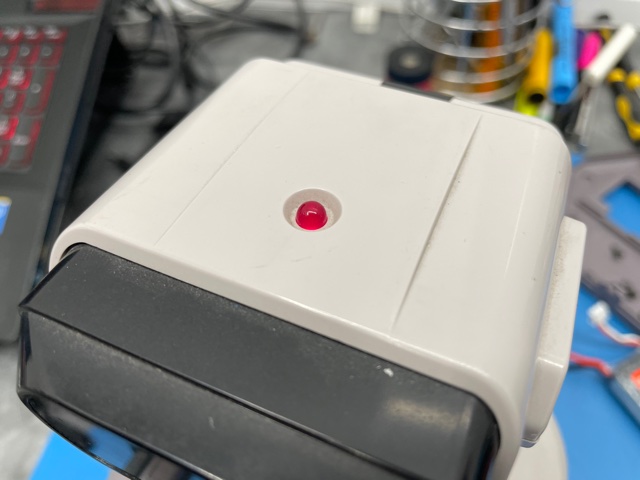 I had to keep the classic Red LED at the top of ROB. 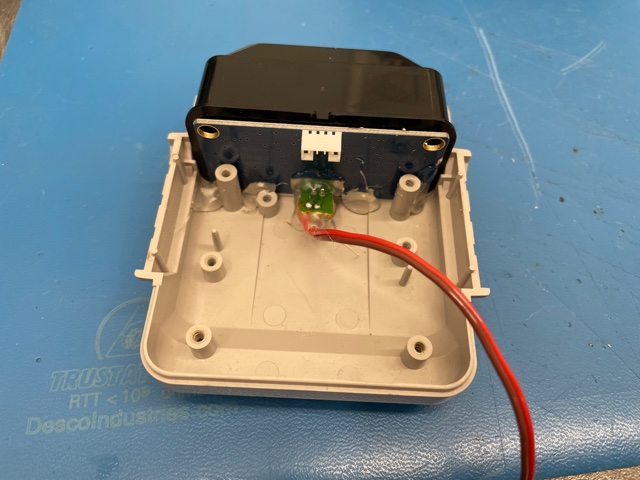 I ran some wiring down to the IoTiny to light it up. I added a 330ohm resistor to it and connected it to 3.3V and GND. I use the Red LED as a power indicator. 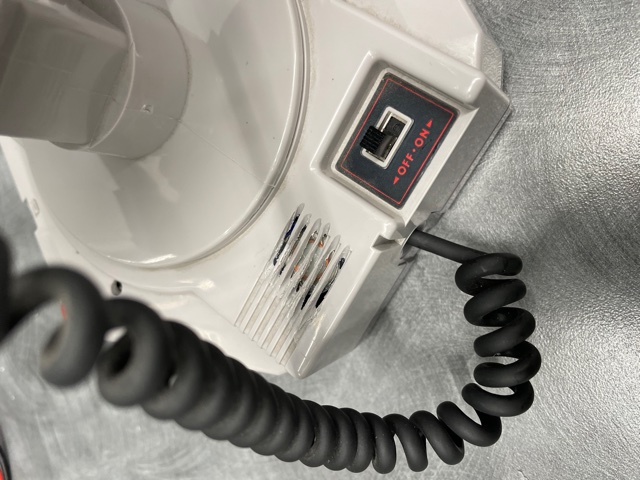 I kept the OFF-ON Switch and used it to apply power from the battery to the rest of the circuit. Although it doesn't look great, the slits I made for the speaker ran parallel to the artistic lines molded into the base of ROB. 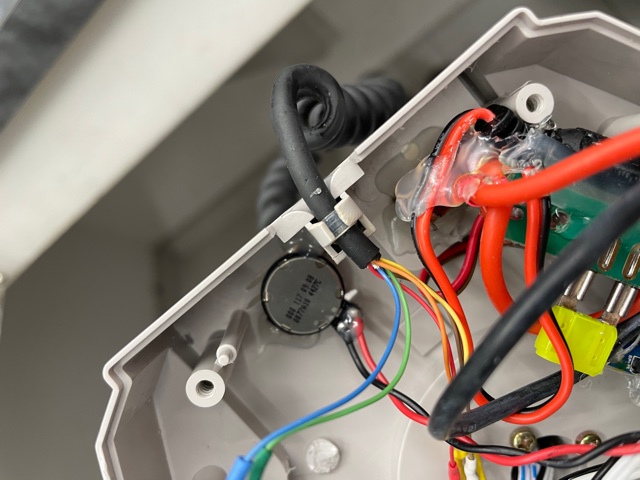 The speaker is hot glued on the under ROB's base as well as the fuse and 2.1mm Barrel plug. 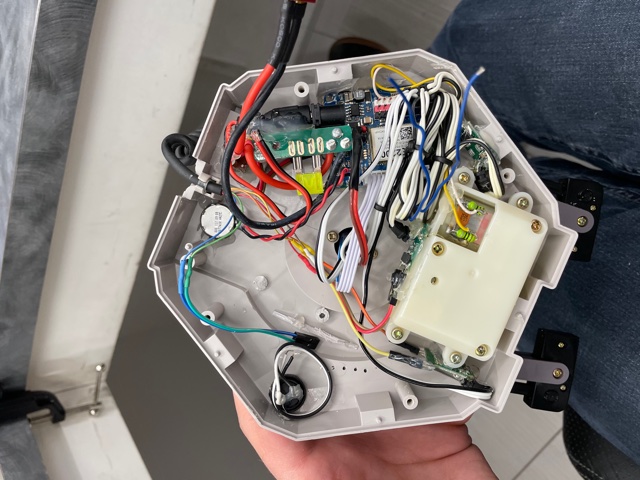 The I2C cable, micro servo, and LED cables are run from the IoTiny to the head through the center column, which conveniently has a circular tube running from the base to the head with plenty of room for the 3 cables. The base also contains the left/right movement motor in the gearbox at the bottom of the picture. You can also see the 3 repurposed servo electronics that I used to control the 3 toy motors. I reused the coil cable that runs out the back of ROB to connect the electronics to the motors. The blue wires sticking out on the righthand side are connected to the horizontal position switch. There is a momentary switch mounted on the lefthand side that I originally used for Bluetooth speaker electronics but I removed them so I don't really have a use for it at the moment. 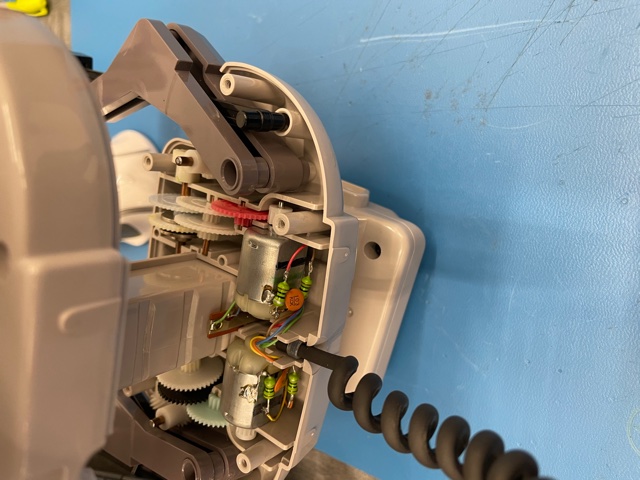 Pictured are the motors and gears for the up/down movement for the gripper section and the open/close movement of the grippers. 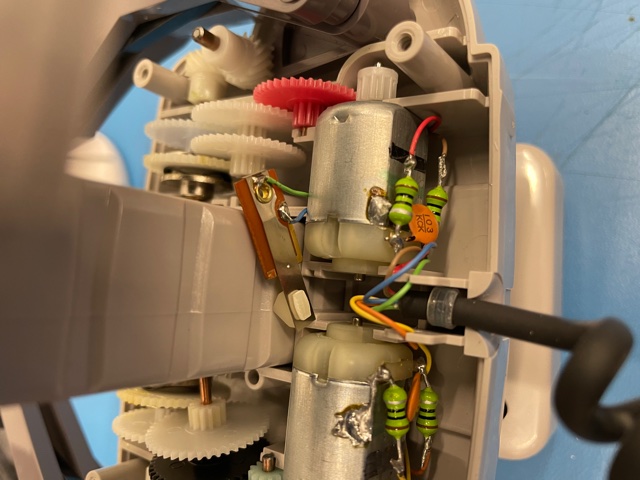 Here's a picture of the vertical position switch removed from it's mounting position so you can see the triangle piece that releases between the 5 channels on ROB's spine. 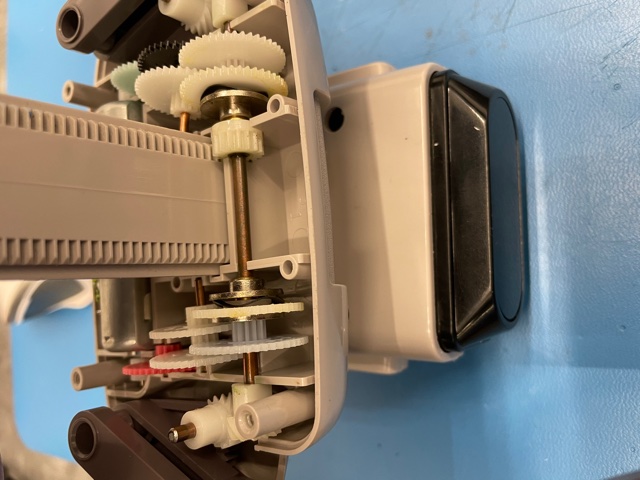 Pictured is the gear/clutch section of the 2 motors.

Here are the Live Hacks that I did, please keep in mind that they are the first few live Hacks I ever did and they are pretty rough (one doesn't have audio)

I have plans to do a few new upgrades to ROB such as:

#2   Apr 7
1
Heh Cool.  Would love to see ROB play a game.  He seems somewhat limited in movement.  Maybe you could do a Tower of Hanoi or a Rock Paper Scissors or something.

#3   Apr 7
1
I agree @Nink it would be cool to have ROB play many other types of games! My plan is to have him be a social-gaming robot he could play both digital and physical games with you, build on his "buddy" style purpose, and branch out even further.

I also want to control him with the power glove

I think that'd be an awesome mashup!

robo rad
Canada
#4   Apr 7 — Edited Apr 7
Great idea Nink! I seem to remember the old Robosapien Media did something like that it had some cool games built in the little display using the Linux CPU.
Login to post a comment 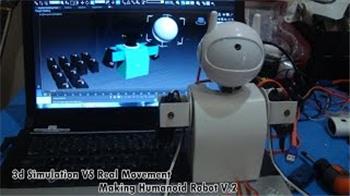 too long i not posted, and now i have idea to making a humanoid robot more freedom movement using 21 servo on the... 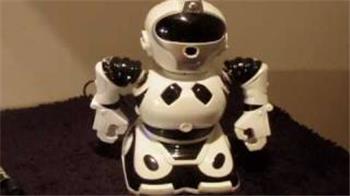 This is a test robot DJ Sures created to trial a new module that he has been working on. It tracks and follows objects... 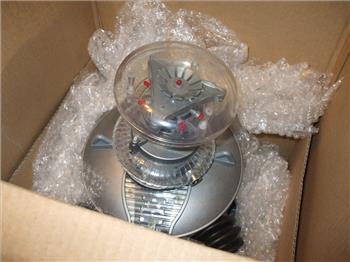 I adopted Mini B from Bret Tallent. The original project showcase is here:...