Standing 26 inches tall, the Omnibot 2000 was the latest from Tomy in their series of Omnibots. DJ got hold of a damaged one off eBay and converted it into a Personal Robot - One which can hear, see, read and live!

Description:
DJ's Omnibot 2000 stands 26 inches tall and has been modified into a Personal Robot. Heavy duty servos have been added to the arms and elbow. Servos have been added to the neck. A camera has been mounted between the eyes - like a little nose. A LCD screen modified into his chest. And at the heart, the <a href="http://www.ez-robot.com/Shop" style="color: #FF9900;">EZ-Robot Complete Kit</a>.

This robot can explore the environment with autonomous ability -OR- it can be remote controlled from a variety of methods. Using a Tablet PC, the touch controls of the <a href="/EZ-Builder">EZ-Builder Software</a> enables your finger to guide the robot or control his head position. Otherwise, you may use a <a href="/Tutorials/Default.aspx?id=154">Wii Remote</a> to conduct the robot's movement with the accelerometer. Speech Recognition ability allows Omnibot 2000 to hear voice commands. Glyph Image Recognition lets Omnibot execute actions based on visual recognition of images printed on paper. Oh, did we mention there is also a Web Based Control module for your iPhone or Android?

Combining these features, this robot has earned a place living in DJ's home as a Personal Robot. Future Programming will enable security features in Omnibot to alert DJ of intruders, fire and extreme low/high temperatures in the home while he is away.

Since the EZ-B is compatible with the <a href="/Robots/iRobot-Roomba-Hack">iRobot Roomba</a>, DJ is considering adding a Roomba to the base for mobility to help keep his home clean - by a real robot!

History:
The shell of this robot was from an old toy. For those who remember, Tomy was a company from the 1980's that created toy robots. They called their Omnibot line of robots - Programmable. Now days, it is funny to recognize the programmability of these toys. The memory was a cassette tape, and every action from your handheld remote control unit would record a different tone to the tape. When the tape was played back, the tones would replay the recorded actions. There was no servo accuracy, speech, vision, autonomous, etc. These toys were manufactured too premature for the available technology at the time. However, things have changed - technology has changed - and DJ Sures has turned the Tomy Omnibot line of toys into his Personal Robot Pets. 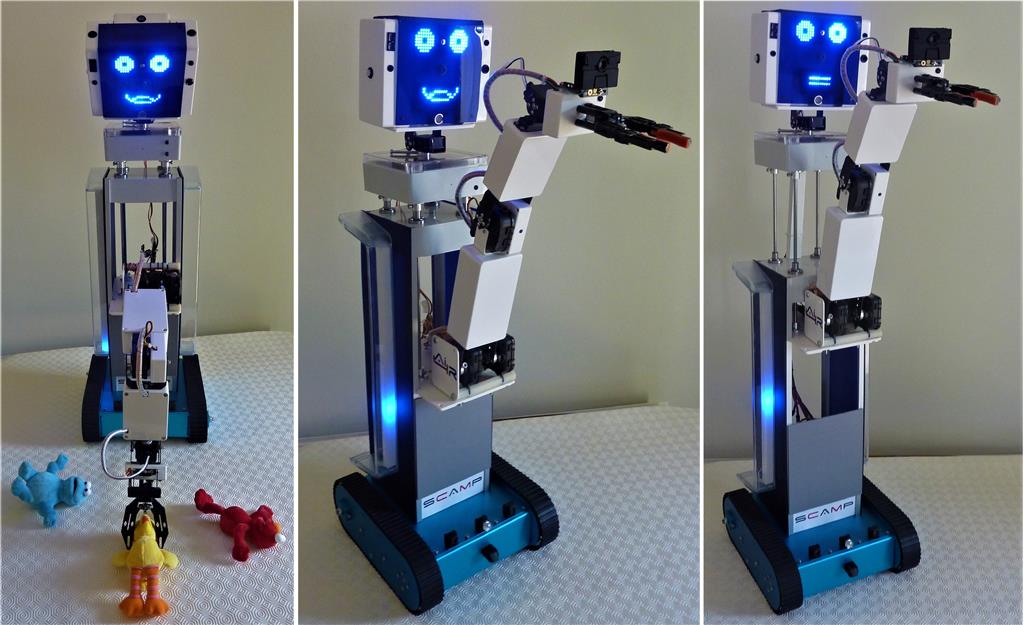 Hi All Here is a sneak peak of my latest ALTAIR robot - SCAMP is what I call a (ground based) "Assist-Drone" a new kind...

Soon to be introduced to the EZ-B, Radioshack Robie Junior. As I am still working with my quadrotor it may take time or... 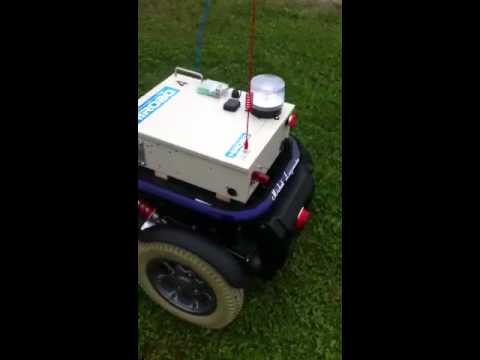 Hi, this is my outdoor Robot, Giant scale with EZ-Robot board using Wall-E base ( summer project ) Hello, my project was...