DJ connects the AR Drone Parrot to ARC and has it chase a red ball around the room. This adds many great new features to your already awesome AR Drone Flying Robot!

Description:
DJ purchased a used AR Parrot Drone. He found it accidently while searching Kijiji for something entirely unrelated. Well, not knowing much about them - it lured him in!
There have been discussions on our forum about flying robots. Many people are set out to make their own - Awesome! We know most people don't have the time to build one, but would
love a flying robot. So, buying the AR Drone Parrot is a great investment. However, the stock functionality was limiting. What does DJ do when he gets bored of a toy? He modifies it and provides the instructions for you to duplicate!

Noticing the Drone has a built in camera, he quickly wrote a module in ARC to support the Drone communication protocol, with some assistance from the AR Drone SDK Forum. For the first
few hours of implementing, the flying drone attacked DJ a few (dozen) times. There was even a wine glass casualty during testing... And a few sore fingers *ouch*! Do not worry, the module
is now safe and reliable for you to use!

The ARC software connects to the AR Drone over a WiFi connection. The new control, titled <i>AR Drone Movement Panel</i>, enables communication between your PC and Drone. The existing
Camera Tracking Control of ARC has a device selection for the AR_Drone video. The AR Drone Control is a Movement Panel, it accepts any native ARC Movement Commands.
That includes Speech Recognition, Wii Remote, Joystick, Web Server, Touch Tablets, Telnet Server, Scripting, and more.

In the video below, DJ uses the ARC Camera Tracking control with the AR Drone Parrot. The Drone is now enabled to chase the red ball. As you will see, it hovers and moves towards the ball, meanwhile
chasing DJ around the room. Imagine what fun this could be having your flying robot drone chase your red shirted friend around the yard.

What's the next step for using this new ARC feature? We'll leave that up to our EZ-Robot Community to decide. Let's see what fantastic AR Parrot Drone Hacks they come up with - they never let us down 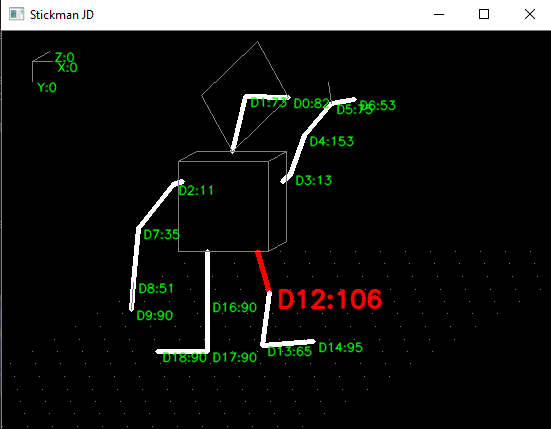 Say hi to Stickman JD  (In version 1.1 I added an x,y,z axis and a floor grid so you can view the Stickman from... 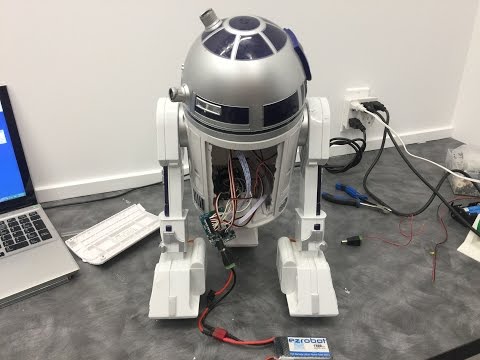 This build was in two parts. The original build was hacked live at Comic Expo in Calgary Alberta with an EZ-B v3 in... 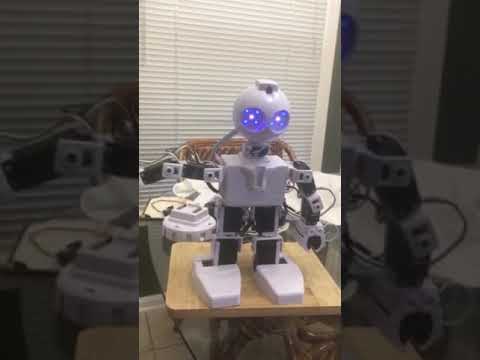