Switching Between Ez-B And Radio Control

Has anyone looked at this for switching between radio control and ez-b for robot control.

I found something at pololu.

I decided what I needed was a way to electronically select between two dip switch settings. A sort of dip switch configurator (for lack of a better term). So I searched and searched until... I think I found the end of the internet.

Maybe I missed something but there did not seem to be one available...so I did what any good robot nerd would do...I built my own.

I used tiny HE751A0510 reed relays with normally open, SPST contacts. The ones I had on hand happened to have 5V coils with a suppression diode. For now, I constructed it on a perforated circuit board. Eventually I will try to miniaturize it further and etch my own board. There are two separate circuits. Each circuit has six relays and one six position dip switch. Each relay contact represents one dip switch position "on the Sabertooth". Each relay has its own L.E.D. to indicate when it is activated. The dip switch on the circuit board is used to energize a relay or can be left off if need be.

Now the tricky part. I had to de-solder the surface mount dip switch that is on the Sabertooth. I had quite a time to get it to come loose. I used solder wick to soak up the solder off of each tiny pad and finally, prying with a thin blade knife, it popped loose. None of the dip switch legs go through the board. I placed a small bit of fresh solder on each pad. I then took an IC chip socket and cut it down so it only had six pins on each side. I bent each leg so that it was shaped like a tiny foot. I pre-tinned each leg with solder. (This makes soldering easier and quicker). I placed the socket on the Sabertooth pads and proceeded to solder each leg in place. I used another IC socket and some ribbon cable to make a jumper from the board to the new Sabertooth socket.
I needed a way to remotely switch between the two dip switch circuits so I purchased a Battle Switch from the Robot Market Place web site. It is an R/C controlled SPDT relay. You just hook it to one of your (on/off) R/C receiver channels. I chose the AUX channel that is normally used for R/C airplane flaps. The AUX channel is toggled on/off via a switch located on my Spektrum DX6 transmitter. I installed a three position terminal block on my dip switch configurator board. I hooked 5V to the common terminal on the Battle Switch relay and ran wires from its two contacts to the dip switch configurator board three position terminal block and hooked the two 5V wires to the outer terminals and GND (common) to the middle terminal. Each of the circuits share the GND connection.

Also I have installed a R/C Mux circuit from Robotshop.com. It has two 8 channel inputs and one 8 channel output that allows me to hook all of the R/C receiver channels to its "B" input terminals and the output from the EZ-B that I am using for the Simplified serial to the Sabertooth and the servo outputs from the EZ-B that I am using for the Head pan and tilt servos to its "A" input channels. The 8th channel of the "A" input is used (defaulted by the manufacturer) to select which inputs go to the output. If no signal is detected on this channel all of the "A" inputs got to the outputs. The AUX channel from the R/C receiver that goes to the Battle Switch relay is also hooked to this channel 8 via a Y- cable.

So now with the flick of a single switch on the Spektrum DX6 it will smoothly set the Sabertooth dip switch setting to whichever I need for control; EZ-B control or Spektrum R/C control. BTW the Spektrum DX6 has an approximate range of 3000 ft. It does not have to be this model. You could use most any R/C transmitter as long as it has at least one on/off channel and a few other normal servo channels to drive and steer with.

I know all of this sounds complex when describing it but, it will make sense when you see a schematic and photos. In the end it all depends on how comfortable you are at building circuits and soldering. I can draw up the schematic and board layout if you need it. I am sure there are possibly much simpler ways of doing this with other types of motor controllers but, just wanted to let you know that I did succeed at this. 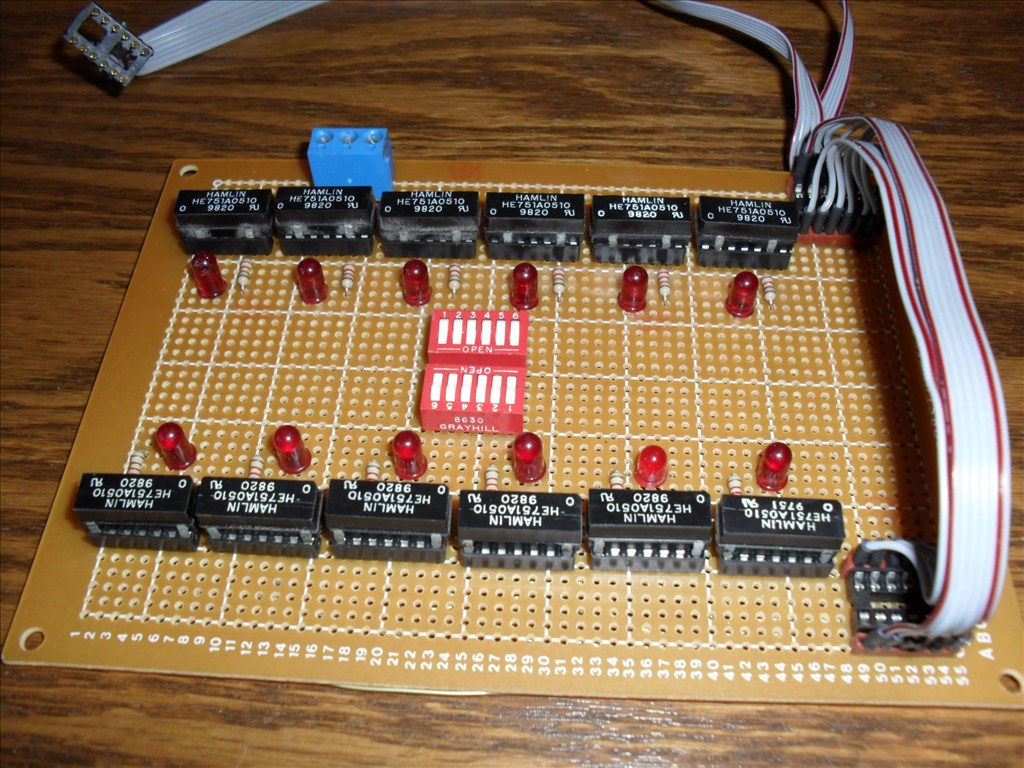 EEGbiofeedback
USA
#3   Nov 2013
I soldered the digital outs to the remote control switches of a Radio Shack 4wd truck with my iPhone riding inside. Iphone data streamer app read GPS, and accelerometer data to auto navigate. Wired this way doesn't even requite a battery for the RC controller.
Login to post a comment