May the 4th is tomorrow so I'm gonna have to finish D-0 at the last minute! Join me as I scramble to complete him, and rant about Michael Bay some more

D-0 is a fairly new droid in the Star Wars series and shows up in the "Rise of Skywalker" movie. BB-8 comes across D-0 in the droidsmith shop and revives him. They become instant friends.

This D-0 is a simple infrared-controlled toy that is made by Hasbro. It doesn't have any cool electronics for balancing or anything like that. It actually has 2 motors instead of the single motor you think it should have. It does make some sounds but other than that it's pretty unexciting. Let's change that!

I'll be adding an EZ-Robot IoTiny to D-0 as well as upgrading the alkaline batteries to a rechargeable LiPo. D-0 also needs some LEDs in his cone so we'll be adding in some RGB addressable LEDs.

The funny part is that there is an interactive D-0 toy that was made also made by Hasbro but it only plays beeps and boops, like R2D2 or BB-8, and doesn't have a voice like in the movie. Using Audacity (and ARC) we'll add the voice that D-0 is supposed to have! I'll show you how to do it.

Join the live chat and add your comments, ideas, and suggestions!

The software being used is created by Synthiam Inc. it's called ARC and can be downloaded here:
https://synthiam.com/Products/ARC

Robot building hardware was generously donated by EZ-Robot Inc. If you'd like to use EZ-Robot parts for your own project, find them at:
https://www.ez-robot.com/Shop/

robo rad
Canada
#1   May 2021
1
Was thinking if you added some weight in the bottom middle area ,it would not tip over, like some older D cell batteries  or any heavy metal object to keep it center of gravity,then you could let it rip full speed. 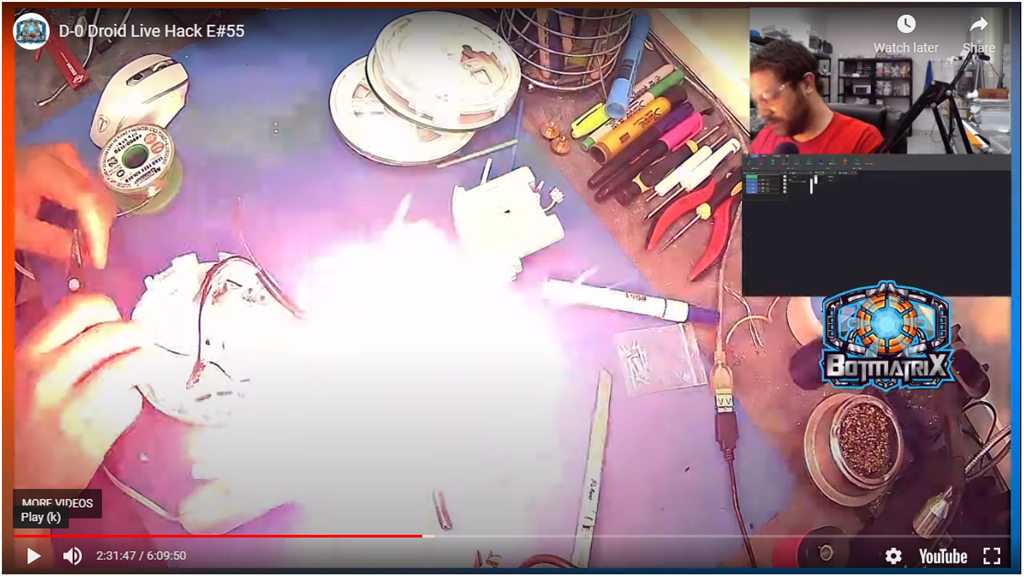 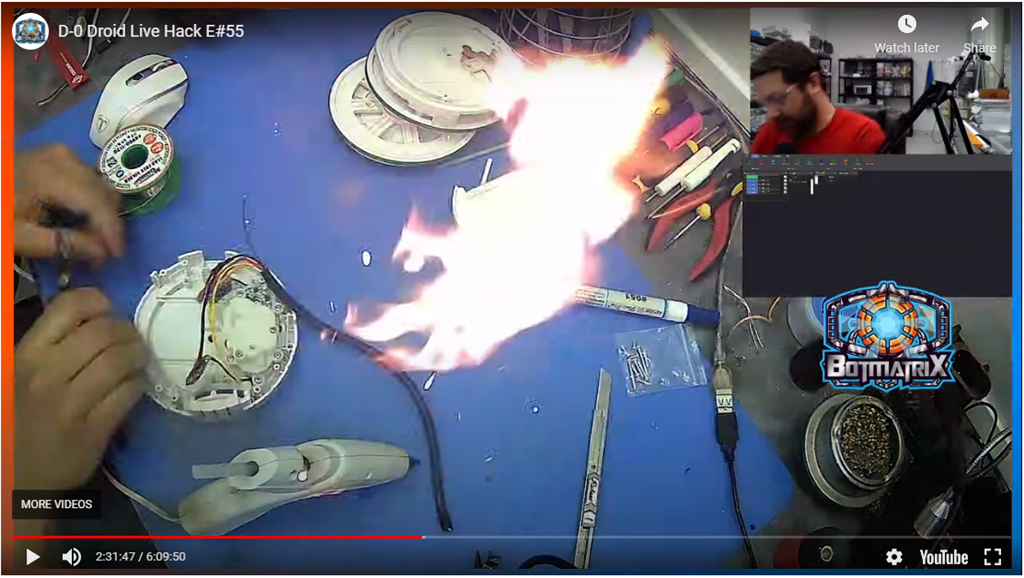 I see speed is a factor, lol - falling , no thank you

robo rad
Canada
#4   May 2021
1
Ha ha, you found the explosion part! I was sitting in front of a big screen TV when that happened, I threw my coffee in the air when I jumped.Your camera was looking directly at it and my volume was up high so it really made me jump!xD

#5   May 2021
1
Wait whaaaaaaaaaaaa????? that was crazy. I have never seen that happen before and I've had a million glue guns...you could have really got hurt! Hair on fire or lose some eyebrows!

robo rad
Canada
#6   May 2021
1
Ya Will, funny thing was we were talking about leaving glue gun plugged in for days and still working, just moments before glue gun exploded.xD

#9   May 2021
Lol, risking my life for the sake of robotics is a worthy cause, but I can't promise as many pyrotechnics per live hack episode as Electroboom!

Fun fact, I've seen Electroboom in person at a Calgary Mini Maker Faire, he lives a province over.
Login to post a comment