Download ARC
Software Information
How do you create the worlds easiest, most scable and powerful Robot Control Software? I started by making it do what I wanted. Then I listen to what the community wanted. And finally, I spent countless hours developing and innovating hundreds of features.

This release focuses mostly on EZ-Builder's built-in scripting language. EZ-Script was originally designed to be used for scripting actions and servo positions. Then we started adding conditional statements for custom behaviours. Even though we implemented other scripting controls (C# and VB), they lacked an integrated command syntax to control specific EZ-Builder features. This meant EZ-Script continued to grow and evolve. Before we knew it, EZ-Script had become a full featured programming language.

EZ-Script is very fast. It is actually incredibly fast and full featured. This release adds even more features to the powerful EZ-Script programming language only found in EZ-Builder. 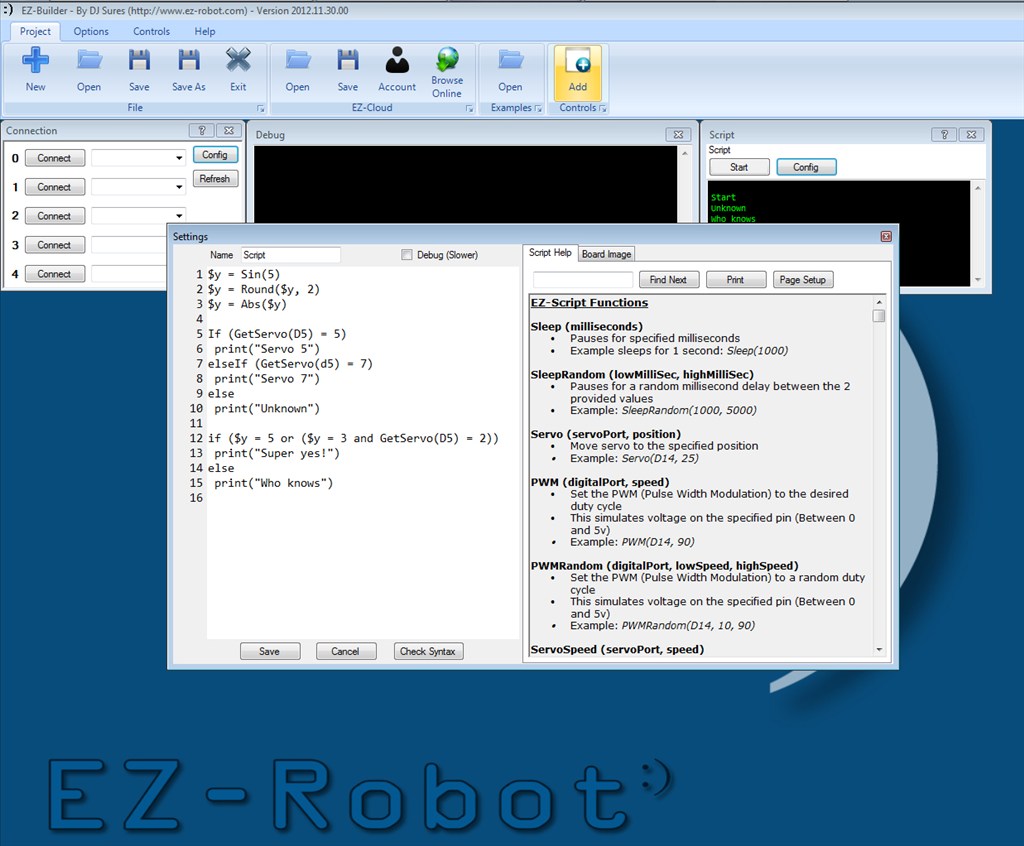 Rural Geek
Canada
#5   Dec 2012
Holy crap DJ you the man. This is another great update. I hate having to wait till Christmas to start working on it.

DJ thanks for all your hard work

budel0
Netherlands
#6   Dec 2012
Awesome, can't say anything else!
Got my speedsensor sort of working, this wil fit in great with speed calculations