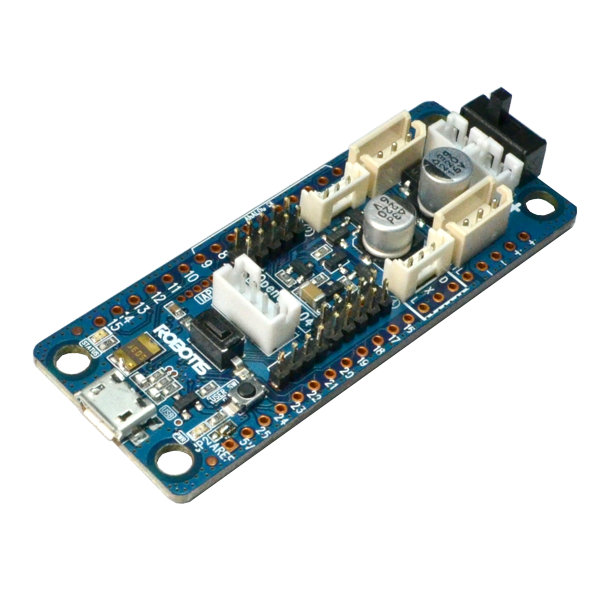 This firmware is to be installed on the OpenCM 9.04 from Robotis to connect with Synthiam's EZ-Builder. Follow the directions below to install and get running.

Setup Video Walk-through
In this video, DJ demonstrates how to connect and control dynamixel AX-12 servos with the Open CM 9.04 in EZ-Builder using the Dynamixel plugin. There are step instructions below that define each step. The TTL servo ports of the Open CM 9.04 are UART #0 on the Dynamixel plugin. Ensure the plugin has the UART #0 selected for the TTL servo ports to work.

Arduino IDE Configuration
The suggested IDE for programming the OpenCM9.04 is the official Arduino IDE. The tutorial link below will recommend downloading and installing the Arduino IDE. However, you will also need to install the Robotis OpenCM libraries and tools into the IDE.

Connectivity
Most Arduino's connect to EZ-Builder via 9600 baud. This controller has the technical power to connect at a much higher rate. The firmware is set for 921,600 BAUD, which is very quick! When following the connection tutorial, ensure you specify the correct baud rate for this firmware. 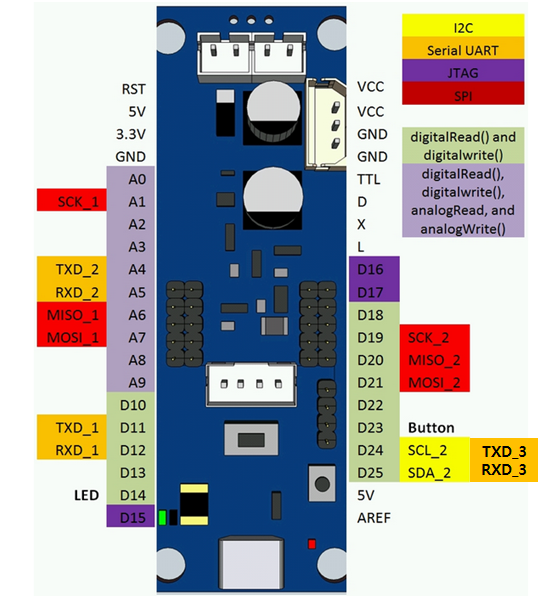 The ports on the OpenCM perform different features based on their usage. The diagram above demonstrates how the ports are connected to EZ-Builder. The Ax ports can be either Analog Input or Digital I/O. The Ax also function as Dx ports. The UART 0, 1, & 2 are connected to UART 1, 2 & 3, respectively.
Login to post a comment