The 3 W's by Technopro

Smoke's the last thing you want to see coming from your robot that you worked for quite a while on. When you see it, your brain goes into "Oh no, save it!" mode.

You get a rush of adrenaline as your beast starts to eat away at itself, sparks illuminating that toxic smoke. You become frantic, grabbing what ever you can, tearing it out of the body, with the hope it isn't dead already. You jump for the battery, the source of its strength, and break it away from the chaos that is your hard work. It then all settles.

The smoke, still lingering in the air, chokes you as you pick at the remains, wondering "What went wrong?". You start to sort out your mistakes, often finding more than one. Then you find the big one. The simple yet so destructive cause of the event. You pity yourself, for you may have just added weeks of work to your goal. You finish damage control, and go to make sure the guts you removed, though scared physically, still work. The ones you find do work, add to your excitement, and the damaged to your disappointment.

In the end, your simple mistake, the one little wire, cost you some, gave you some, and taught you many things. Its that lesson you learned that gives you the
power to move forward. Though your bound to make another mistake like such, you continue. Its the surprise, the problems to solve, the creativity of robotics,
that power you in. And it's that that makes you love robotics.

Hope you guys enjoyed the writing above. Was bored and needed to wind down after the afternoon I've had.

I write this after making a critical error in my Alex robot while testing the drive train. I have to explain the setup to make you understand.

I had an l298n with the ez-b v4 wired up to it. the l298 recieved power straight from the 12v sla battery I had. The ez-b was regulated by a 5amp adjustable power supply. I had the prongs of the multimeter in the screw ports of the l298 power slots. This was so I could read the voltage of the battery. The battery clipped onto the exposed part of the prongs thus supplying the l298n power through alligator clip leads.

Was I didn't mention was my motors were wired wrong. I had put red and blue together in the left setup, and brown and black in the right setup. It should have been red and black with brown and blue. This stopped the motors from functioning properly.

While failing to get the bot to move due to this error, I unplugged the lead from the multimeter thinking it may be shorting something. To no avail, I plugged it back in.
Unfortunately, I plugged it into the 10A port instead of the voltage port.
That's when I saw the L298 go really dim. I jumped at the power lead to unplug it, but the alligator lead from the battery was already burning away. I ripped out the other lead to open the circuit, and was lucky as the wire didn't burn through other wires in the nest of my robots setup. This is the wire: 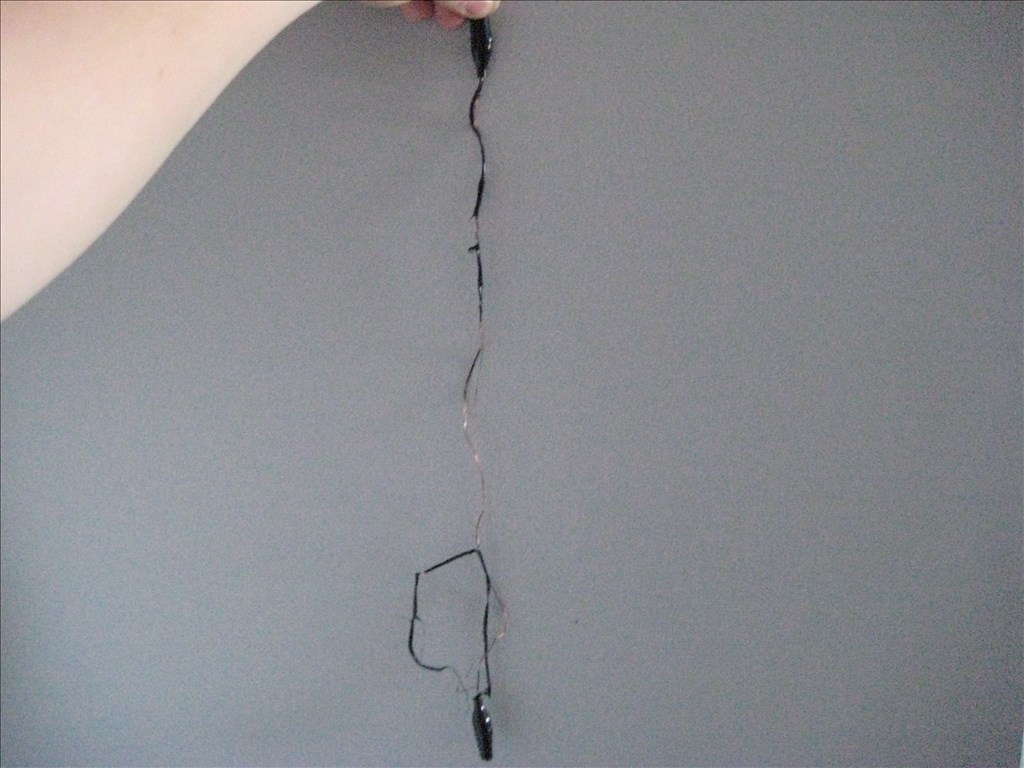 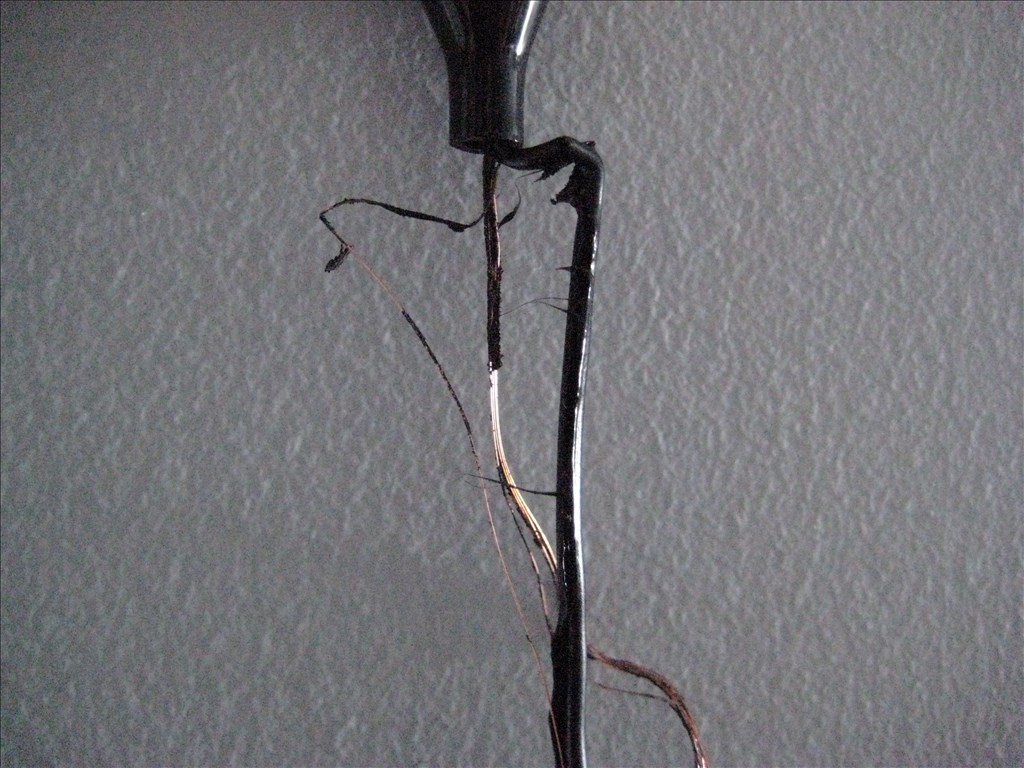 This is the wire it began to burn. 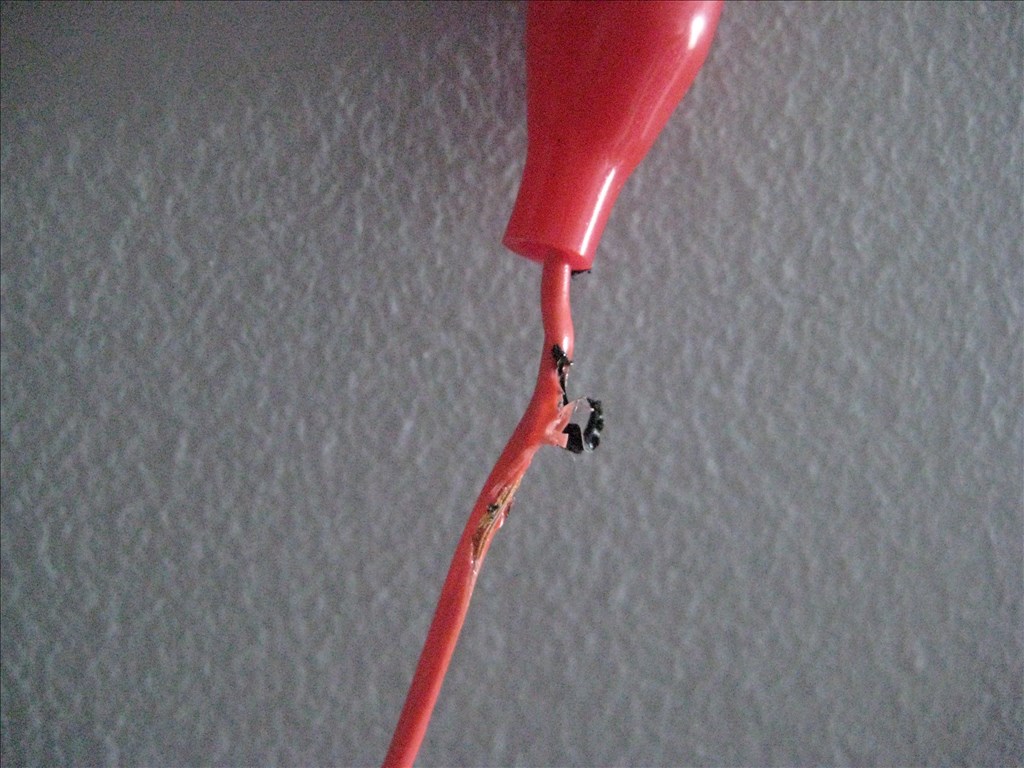 This thread could be informative for newbies by giving them many tips from people who already made mistakes, so they don't make the same ones, while giving some comic material for us more experienced people.

So, I want to here your stories of mistakes you've made.! This community isn't very judgmental so why not?

One of the things a bunch of us have regularly quoted was that you can't provide too many amps because a circuit will only draw what it needs. That is true, except when you have a short circuit, then the amps all come rushing through, and what can't get through the wire is dissipated as heat.

I had a similar though luckily less destructive event hooking up a 5v regulator and TIP120 to a laser diode. I mis connected one of them (I forget now whether it was the TIP120 or the regulator) and the regulator started getting hot. By the time I got it disconnected from the battery, it was hot enough to give me a nasty burn, and I am sure that a few more seconds it would have started a fire.

Lesson learned is basically the same as carpentry. Measure twice, cut once. Or in this case, trace your wires twice before connecting the power.

Happy to report my electronics appear to be fine. All still turn on. L298 seems to have a ghost on the 2nd enable pin but I have to do more testing.

Andy Roid
PRO
USA
#3   Mar 2015
I have found myself in this situation in my past lives. This has caused me to add a main power shut off switch in the main circuit of projects (machinery then and now robots). A manual circuit breaker or fuse in line with higher current devices give a last resort way to disconnect power , even if you have to break the glass 10 amp fuse, which is not uncommon in my toys. We have all learned or experienced this lesson one way or another.

#4   Mar 2015
about 7 years ago i started in robotics.and i wanted a bioloid.
i did find one on ebay new in box for halve prized.
so i bouth one.ad says box opened but new.
i didn know anything about robots.and started the assembly whit manuel.
robot reddy and i power him on.i never saw so much smoke in one place.
verdict 10 death servo ax-12A.
i discover later more customers had same problem.
i complained to ebay but they didn believe me.
also i found out later several customers try to end sellers live.
he's bin stab run over by a car.now i know why the box was opened. 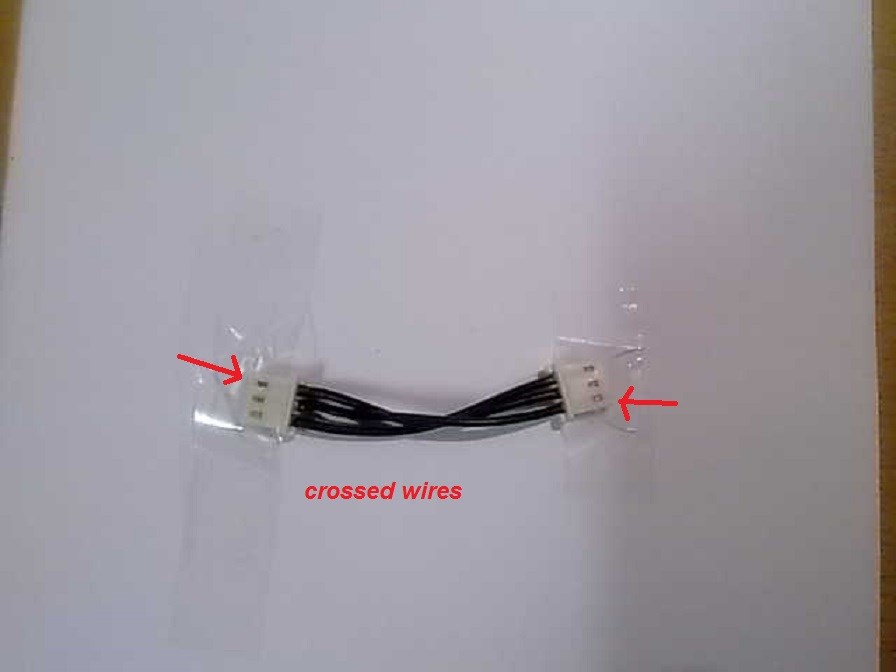 #11   Mar 2015
And this is why you use fuses where ever possible and double check all wiring before applying power.

A fuse would have blown within a fraction of a second of the short circuit current passing through it, this is how fuses work and what they are designed for.

I enjoyed reading your first post. Very well written and it really was a good read.

A little thing happened to me a few years back when I built my R/C cardboard Dalek. After spending days with trial and error, tracing wire through a bearing for the rotating head ect, everything was finally connected and working great. A couple of weeks later my nephew was driving him around and accidentally bumped Dalek BoB (Built Out of Boredom) in to a wall damaging his eye stalk. No big deal so I set about repairing him as quickly as I could as my nephew was a little upset. 1st mistake, never rush things.

I disconnected the wires that controlled the head motor, made the repair, and traced the wires back through the bearing and connected them back up. 2nd mistake. I'll tell you why. My nephew started controlling BoB again, driving him around and turning his head left and right. One head turn to many and BoB stopped in his tracks, then the smoke started to appear out of BoB's head. It was just like a scene out of Dr Who when a Dalek bites the dust. So I quickly dived for the battery and ripped it out. Appon reopening the poor little guy, I saw mistake number 2. The wires that went through the centre of the metal bearing had sheared on the bearing edge and shorted out. The mistake was in my haste to make the eye stalk repair, I forgot to replace a rubber grommet I originally put in place specificly for this reason. Did I kick myself. *mad*

So what did I take away from this...

1) Never rush a job, especially when it's electronics.

3.) If you make any changes like I did when I changing the motors during the original build, make sure you change to an appropriate fuse. Yep, that was my 3rd mistake and why the fuse didn't blow. People say things happen in three's.