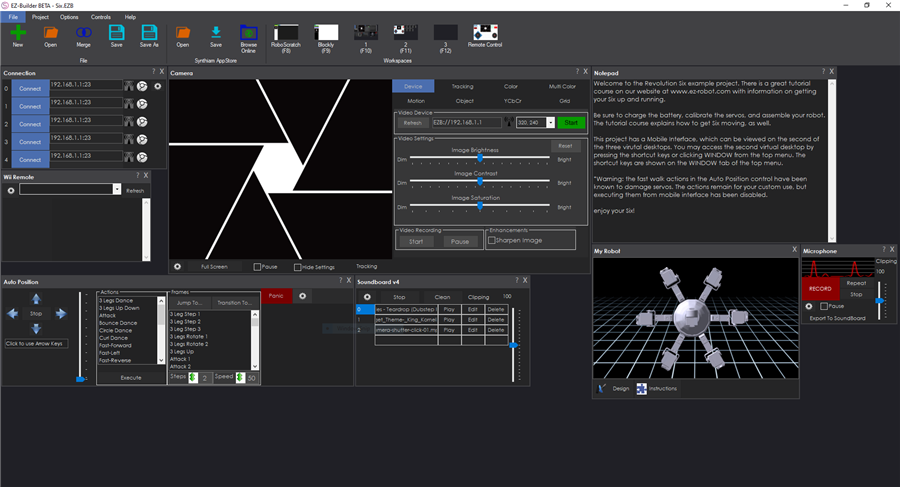 #2   Dec 2019
Press ctrl-z as per windows standard usage. I can also have an undelete menu added but in the meantime use ctrl-z

In this new beta release, just to let you know, the synthiam app store is not populating, only one item there