This update includes many back-end changes to the UI and audio engine. Specifically, the most significant changes were to the audio speech synthesis, which now allows audio effects. 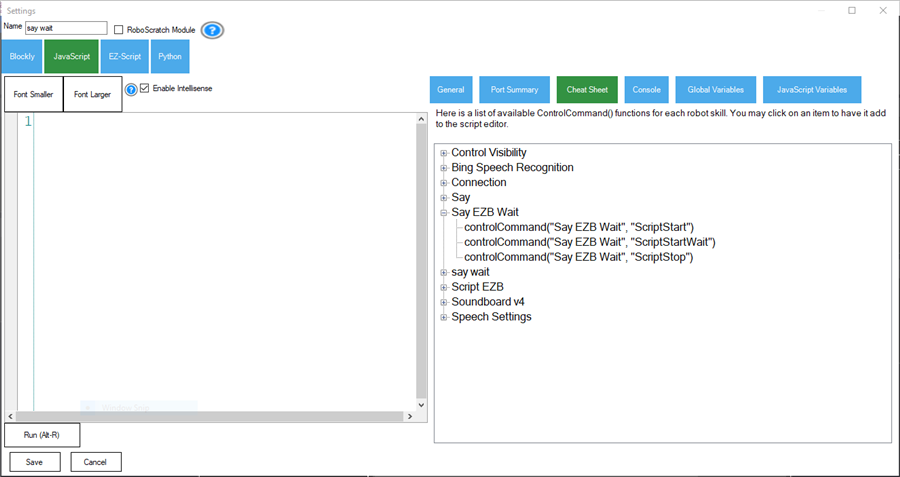 - Ability to load and save sound effect configuration settings 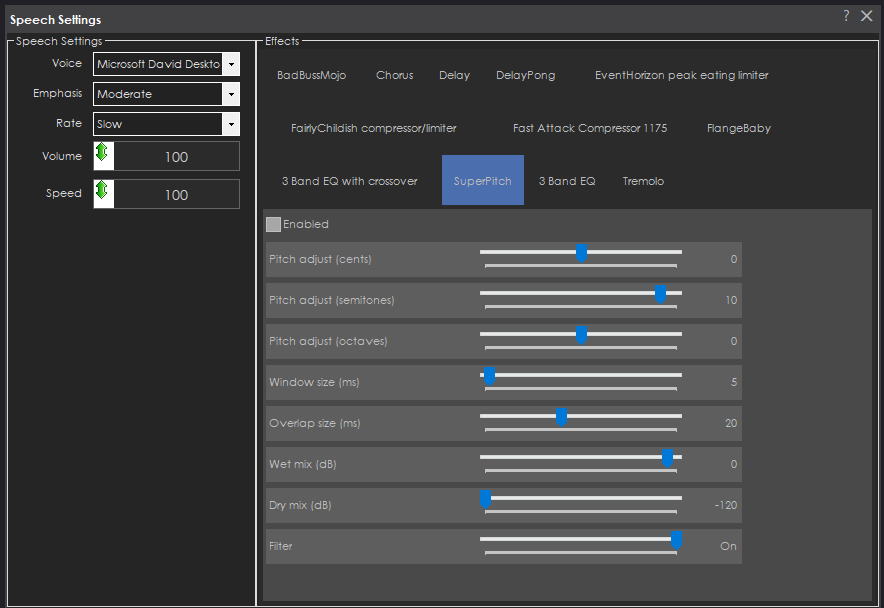 - added Leonardo support for sr04 (it needs the updated firmware)

- a new event for PWM in ezb class for OnChange

- stop the ping radar, ping collision, and ping when attempting to read from an ezb that does not support the ping capability (Rather than filling the log with errors)

- Fix for loading projects with 20 robot skills without a subscription