Thinking About Buying A Jd Help

Is this a student toy or adult project. This sounds interesting but it needs to be expandable. I worked with ER1 and AIBO ER7. Is this something I could get into? Suggestions and price help needed!

Based on your post activity, we found some content that may be interesting to you. Explore these other tutorials and community conversations.
Show all 172 comments
Load More ...

darticus
USA
#153   Dec 2015
Will check more and get back. Gotta get info on using the Autopositioner control. Ron

darticus
USA
#154   Dec 2015
Thanks DJ
I will check things more today. Good to hear I might still get this going. Ron

darticus
USA
#155   Dec 2015
Turned on my computer and ran ARC. Turned on JD and hit connect to JZB on my wifi. Than hit connect to the right of my screen. Would not connect seems like a red and blue light going on. Shut down program got to go online than opened ARC again. Turned on JD again and erratic red and blue lights. Blue blinking than goes to solid, red flashing pulsing. Eventually solid blue light and connected. Will start blinking a red flashing light and jams. Ron

I'm going to make the assumption here that you are using the JD Example Project and you already have an Autopositioner in it.

The Auto Position control is on the upper right. On that control is a gear icon on the upper left. Click it. That will bring up the setup window. It will already be set to the "Frames" tab.

On the upper right is a check box labeled "Realtime Update" in red letters. Make sure that box is unchecked for now. Below that check box are 3 buttons, and below the last button ( "Remove Frame" ) is a rectangular box with the names of various frames. From that list choose "Calibrate."

Once all this is done, click the box labeled "Realtime Update".

From this point on, whatever changes you make in this frame will cause JD to immediately move accordingly.

All the control boxes should have the number 90 in them. Find the one which corresponds to one of the servos you mentioned in your previous post. Move the mouse cursor over that box and click and hold the left mouse button. As you move the mouse up and down the servo should move at the same time. You may have to hold JD up with your other hand to allow the servo the freedom to move.

Run the number in the box all the way down to 1 (not 0) and observe the servo to see if it goes nearly all the way it physically can as you do so. There should be some movement, even if slight, all the way. If it stops moving significantly before you get to 1, there is a problem. For example, if you get down to 10 and, as you keep going down, the servo does not move, something is wrong.

Do the same for the other direction by going up to the max of 180. Again, as you near 180 be sure to watch to see the servo moves some even as you get close to 180.

Do the same for the other servo.

Since you were saying one went farther than the other, this test will allow you to see if they are both going full distance. If not there can be several reasons why not.

2) somewhere in the initialization script (or a script you are running) the travel of the servo has been limited by the SetServoMin or SetServoMax (or both) script instructions.

3) The servo is simply physically or electronically defective.

Once you are done with doing whatever you need to do, be sure to set the servo control boxes you changed back to 90.

Hopefully these directions will help you to determine which problem you have.

#157   Dec 2015
@DJ_Sures
Speaking of the bottom covers of the ankle servo, I was wondering if those covers (or the servos themselves) could be purchased separately?

I could have used those covers recently. Would have saved me from severely modifying the bottom covers (White part) on some lever servos to work for a Meccanoid. That, or just ordering 8 of the ankle servos and using them directly instead. Too late for me now, but I know of at least one other person who plans to do the same thing.

darticus
USA
#158   Dec 2015
WBS00001
Thanks for all that info and I will try to use it later.
I disconnected all the plugs in the back of JD and ran ARC. Everything connected fine and no loose connection at the deans plug this way.
I than installed all the servos etc. again to see if I put them in the wrong places. I ran ARC and connected to JD. I hit bow and he did it but jerking with each move delaying as he moved. I tried again and the same thing. Tried to get him to do fly and he jerked into a flight position stopped stood there bent over black screen came up saying disconnected no sound from JD and program locked up. Had to shut down computer to get out.
How long does the battery in JD work for. Recharging and trying again. Thanks all Ron

darticus
USA
#159   Dec 2015
MIRACLE I THINK!
MY wife mentioned the wireless items in the house. Like phone, cable, speakers, etc. Unplugged all and he seems to be working. Now a little fine tune and maybe good to go. Gonna miss my TV etc. but shoot JD is happy!
I still wanna check the Auto Position thing. As soon as I plug the wireless TV cable in the red light in JD starts to glow on and off and he gets jerky in his applications like bow. Thanks all Ron

#160   Dec 2015
I am at work, so I can't check, but I am pretty sure you can change the default WiFi channel in the web interface for AP mode. It is probably set to Auto, but very likely defaulting to channel 1. Try setting it to channel 6 or 11 and see if the issue clears up.

Changing to Client mode can also help a great deal (even though you are then sharing the same channel with the other devices, you are sharing it on the same WLAN so there is less contention).

darticus
USA
#161   Dec 2015
Hi Alan
How do you get to where you can change the WIfi Channel. Its working fine with me turning off the wireless cable unit but wondered from what you said would a different channel allow me to leave it turned on. At least I know JD is not a defect NO jamming works great!
Also my windows 8.1 is asking me to upgrade to 10. Will this screw up any of the JD stuff I did already? Is 10 much better? Thanks Ron

How do you get to where you can change the WIfi Channel. Its working fine with me turning off the wireless cable unit but wondered from what you said would a different channel allow me to leave it turned on.

Click on the Wifi AP Mode button on the left, and the second item on the page that opens is the WiFi channel. It defaults to channel 1, which is also the default for almost every Wifi device out there. Try 6 or 11 (you want to go at least 5 channels up from the busy one for full frequency separation).

Also my windows 8.1 is asking me to upgrade to 10. Will this screw up any of the JD stuff I did already? Is 10 much better?

A few people have had issues with ARC upgrades after doing a Windows 10 upgrade. I had no issues, but to be safe you can save your JD project to the cloud and uninstall ARC first if you want. I have windows 10 on four machines, and the two that were Windows 8.1 both have far fewer WiFi problems (and fewer problems in general) than they did previously. The third machine started as Windows 7 and never had WiFi problems, but it works better on Windows 10 in all ways - boot faster, runs faster, less problems in general, and it is a really old slow machine. I was surprised it was up-gradable. (the fourth I got with Windows 10 already installed). However, @Oldbotbuilder had WiFi problems after upgrading from Windows 7 to Windows 10, so your mileage may vary.

darticus
USA
#164   Dec 2015
Everyone
Thanks for that help.
I guess I should think about the upgrade. Maybe because I don't have much of this computer now would be the time to upgrade. If I change the channel of wifi does that change anything with my Router DSL for online? Thanks Ron

#165   Dec 2015
No, it won't impact your dsl. I would go ahead with the Windows 10 upgrade sooner rather than later. It will only be free for a year, and probably easier to learn before you get too used to windows 8.1. Not too many differences, but a few.

Don't worry about the uninstall /re-install of ARC. DJ just fixed the issue in today's release.

darticus
USA
#168   Dec 2015
Thanks Richard
From the past I try to let the computer offer the update rather than me getting the wrong thing. I did go to get it as you said but it says system down now, so I'll try later. I updated DJ's newest ARC and to wait for 10.
TRIED to update to 10 5 times won't let me do it. says system is down. HELP! Thanks Later!

darticus
USA
#169   Dec 2015
Still can't Update but working with activities on this site now.
Is it normal for JD to walk if you say move forward or something he recognizes as robot move forward, when you don't want him to move? Is he moving because I have the window open for a verbal command? Just wanted to know how to keep him from doing things you don't want at certain times. Especially when programing him. Thanks Ron

On the bottom right hand corner of your computer screen, you may see a little Windows icon. Click on this and it will take you to the Windows 10 download page (I refer you back to post number 54).

It's good that you are going through the activities in the learn section, as a lot of what you have asked so far is covered in the relevent tutorials. It's a goldmine of useful information which you should find helpful.

darticus
USA
#171   Dec 2015
I hit the Pause box and thats good. I got through the first 3 activities but the 3rd color recognition activity seems like you put in your info and its gone If you shut the computer down. Is there a way to call it up again?
Going to the update windows flag at the bottom right brings me to hit to upgrade button and everything in my computer matches to get updated but it keeps saying system down. I went to the site of window and same thing. Thanks Ron

darticus
USA
#172   Jan 2016
Finally my computer ask if I wanted to download Windows 10. I said yes and it finally downloaded it. After a short 6 hours it was done and all is working. Now to try some new stuff. Any suggestion would help. Thanks Ron 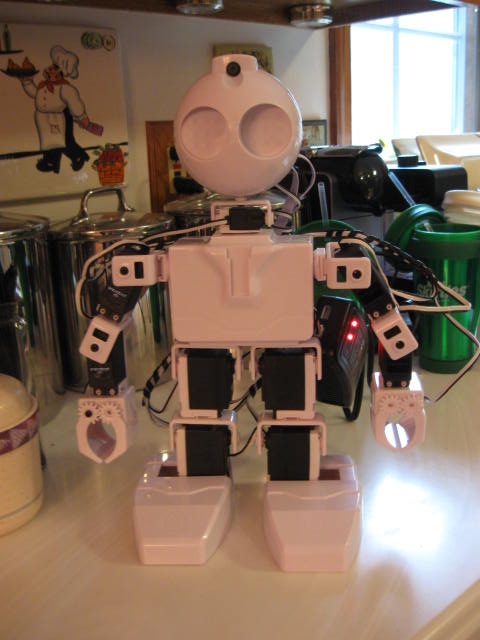