Now that the MainForm has been created, it will be the form that users see when using your plugin. The form is currently empty without any buttons, making it a boring plugin. In this step we will add two buttons to move servos between different positions. 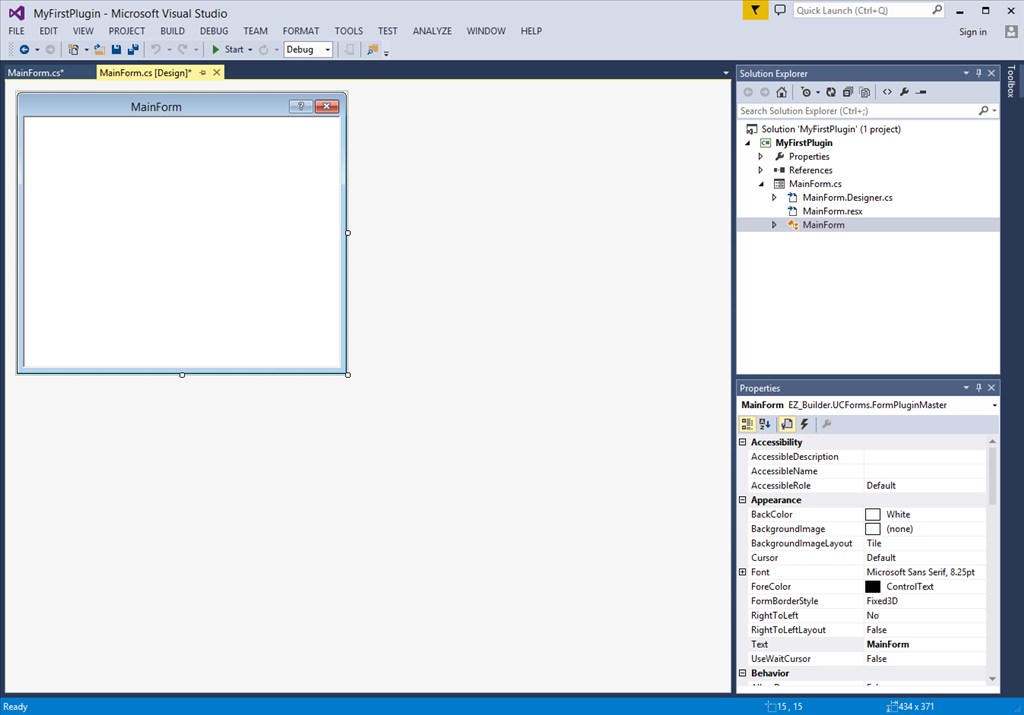 2) Locate the Button under All Windows Forms in the Toolbox. Drag two buttons anywhere onto your MainForm. 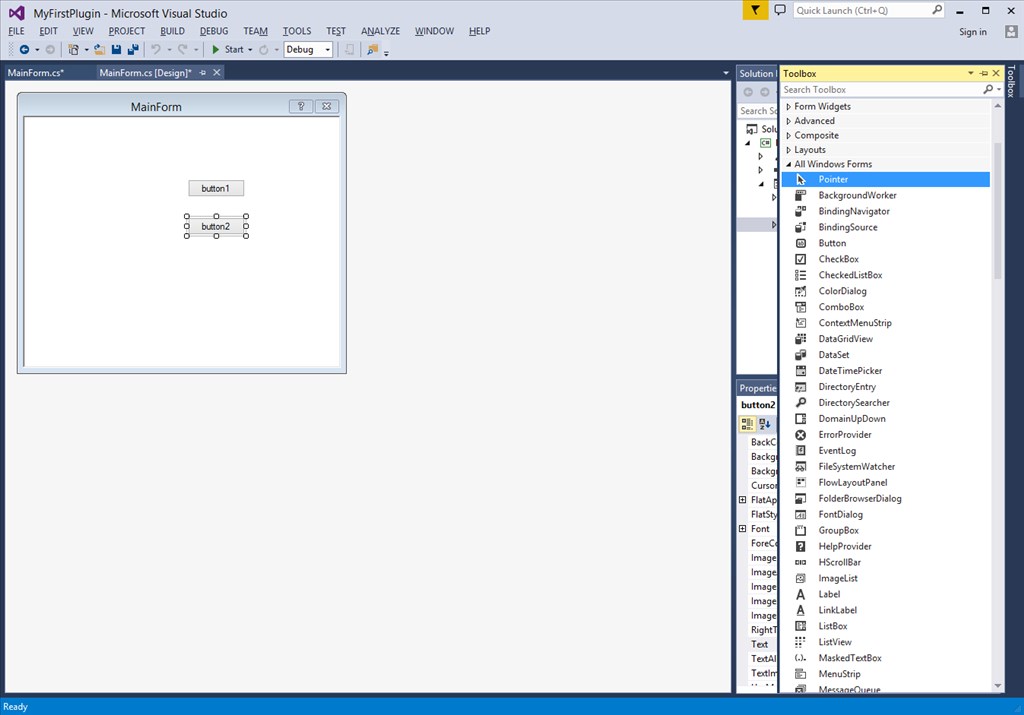 3) Give the buttons readable text that tells the user what they will do. In this tutorial example, we will be programming the buttons to move a servo between two positions. Click on each button and locate the Text field in the properties window. 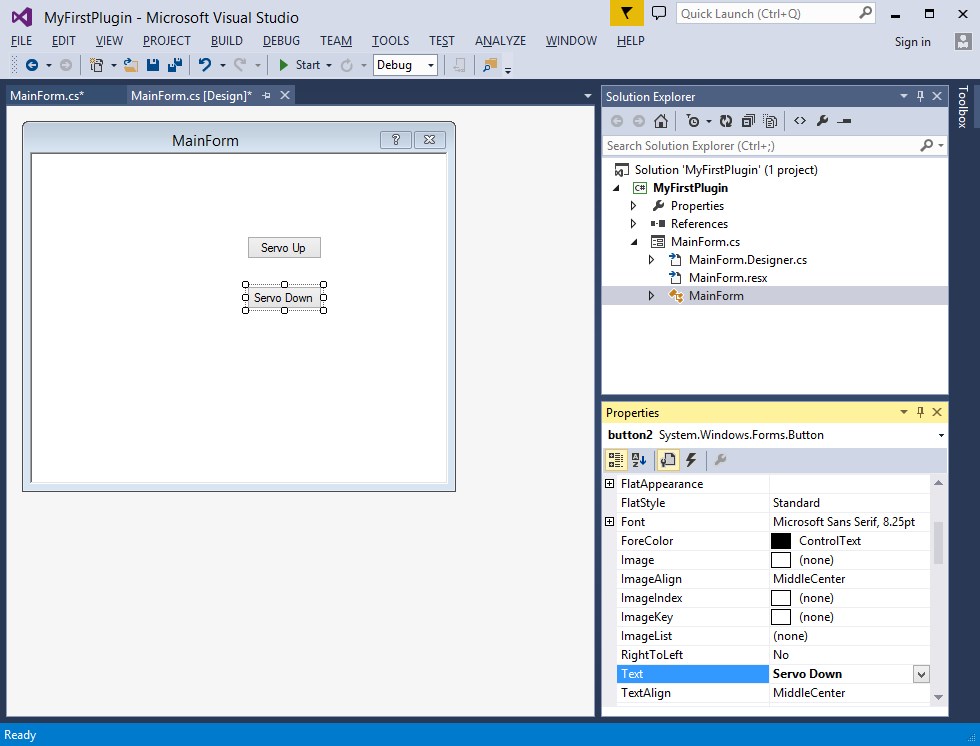 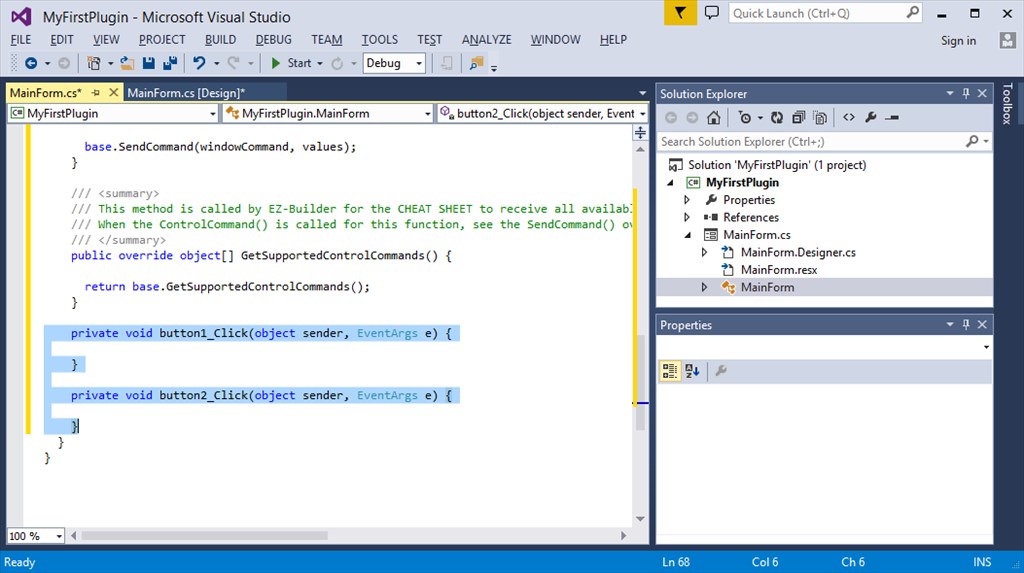 5) Insert code into each of the button click events to move a servo. The command to move a servo is located within an EZB class. Because EZ-Builder allows more than one EZB connection, the list of EZB's available is an array. It is safe to assume that the first EZB is used the most. Here is the code which will move the servo connected on the EZ-B port D0 between position 10 degrees and 170 degrees when the buttons are pressed.

6) When your code has been entered, it will now look like this. 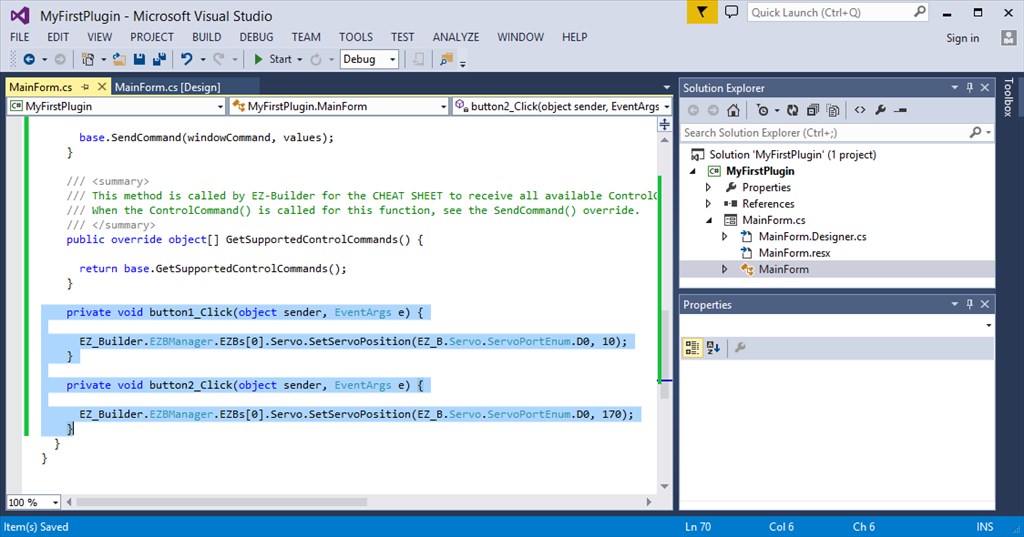 7) Let's compile your project to ensure there are no errors before continuing to the next step. Press CTRL-SHIFT-B and watch the Output window for any error messages. If everything compiles okay, you will see a similar message result to the screenshot below. 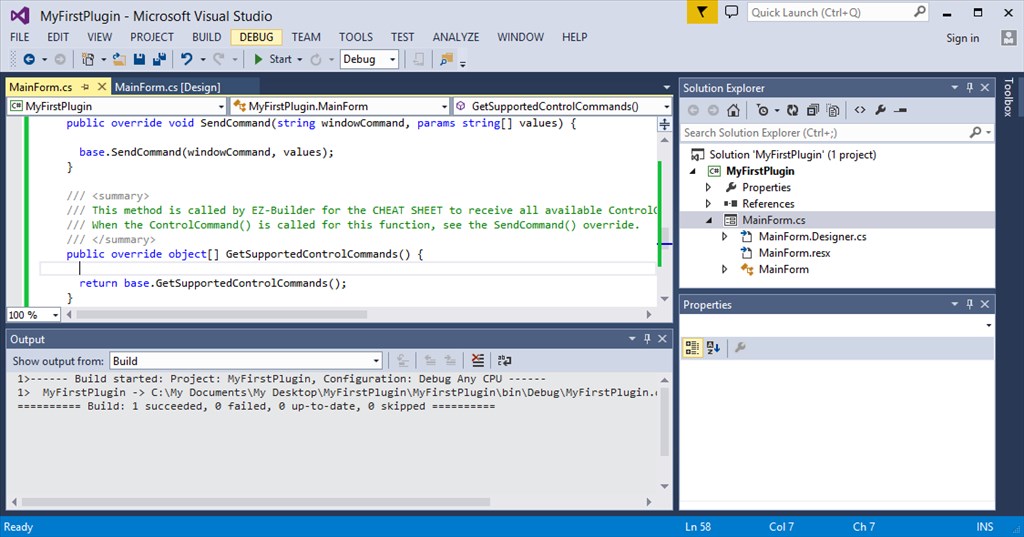 Assuming you have no errors and everything compiles fine, we can move on to the next step. In the next step we will cover how to create an entry in the plugin section of the ez-robot website to auto-generate an XML file so you can test your plugin!
Next Step
Show all 20 comments
Load More ... 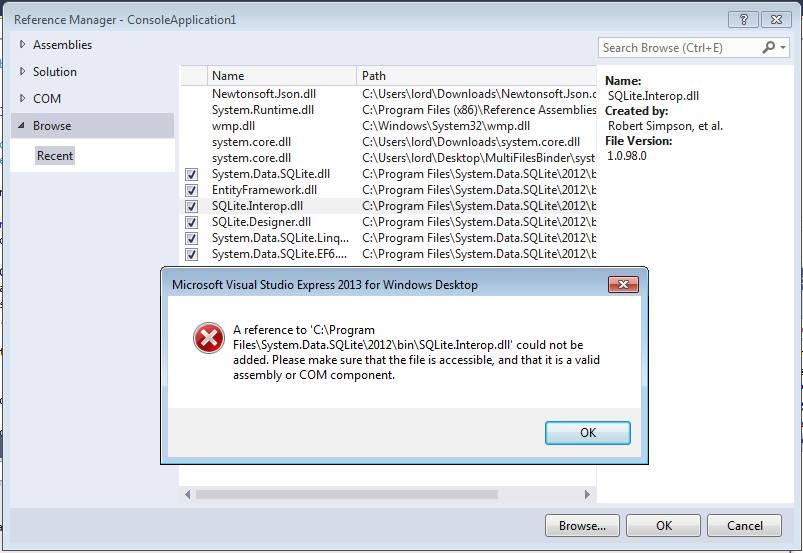